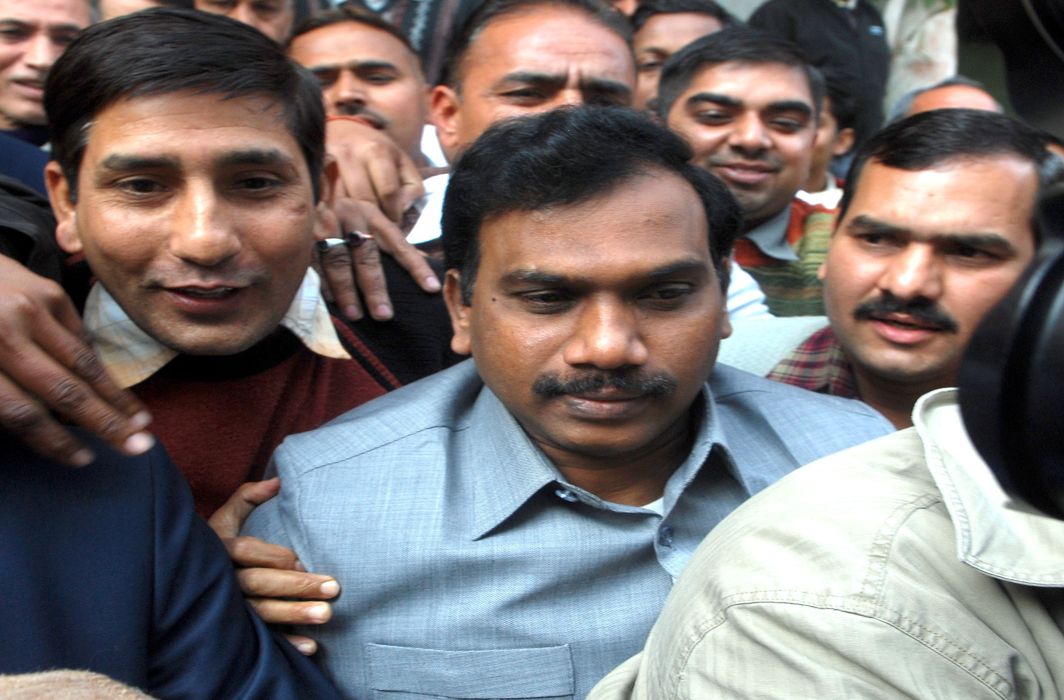 Above: A Raja (file picture)

With the Enforcement Directorate and Central Bureau of Investigation challenging the acquittal of former Union telecom minister A Raja, DMK leader Kanimozhi and others in the 2G spectrum scam by a special CBI court, Delhi High Court’s Justice SP Garg, on Thursday (March 21) issued notices to all 19 persons acquitted in the alleged corruption case.

Additional Solicitor General Tushar Mehta, who was recently appointed special public prosecutor by the Centre to handle all 2G scam related cases, urged Justice Garg to direct that status quo be maintained with regard to all properties – valued at an estimated Rs 233 crore – that were attached by the Enforcement Directorate during the course of the 2G case probe.

The Delhi High Court then issued notices to A Raja, Kanimozhi and the 17 other individuals who had been acquitted by the special CBI court of Judge OP Saini on December 22 last year. The court gave the 19 accused two weeks time to file their reply to the appeals filed by CBI and ED challenging their acquittal by the trial court.

The Delhi High Court has also stayed the selling of any of the Rs 233 crore worth of properties that had been attached by the ED.

The next date of hearing in the case is May 25.