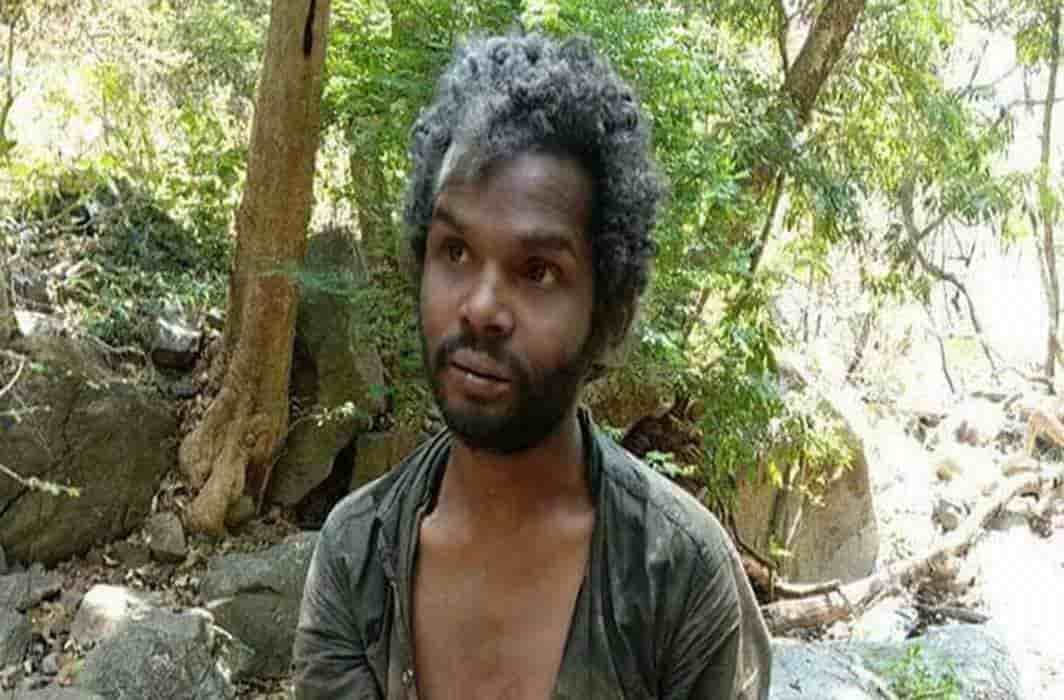 Above: A photograph of 35-year-old Madhu taken just before he was beaten to death

For literate Kerala, there was nothing more shocking in recent times than a mob beating to death Madhu, a tribal from Attappadi, for allegedly stealing some food items on February 22. With both his hands tied by his own lungi, the 35-year-old, who was mentally unstable, was tried by a kangaroo court of local men and beaten mercilessly. He succumbed to his injuries before reaching hospital.

The provocation was that the crowd found a few grams of rice, some spices and a torch inside the polythene bag he was carrying and believed that Madhu had stolen it from a local shop. Madhu, who had even undergone skill training under the Tribal Skill Development Scheme, had, however, been living in a cave in the forests nearby. He would come out to eat when he was hungry. This was after he had quit his job following alleged harassment by co-workers for being a tribal.

As the news spread, along with a video of him being questioned a few minutes before his death, it shocked the people of Kerala. The social regression in India’s most literate state was becoming a cruel reality. Following media pressure, the government booked half a dozen people for murder and paid Madhu’s mother and sister Rs 10 lakh as compensation.

The matter would have ended there but a senior judge of the Kerala High Court, Justice K Surendra Mohan, wrote a letter to the chief justice stating that the incident was a “blot” on society and an “eye opener” to the atrocities done on tribals.

Based on this letter, the Kerala High Court initiated proceedings on its own in the case and directed the government to file its response within 15 days. A division bench comprising Chief Justice Antony Dominic and Justice Dama Sheshadri Naidu issued directions in this regard.

Justice Mohan called this act a shameful episode for the state and its people. “The incident is a blot in our society and our state as a whole and we are all forced to hang our heads in shame that such an incident has taken place in our state that boasts of 100 per cent literacy,’’ the letter said. He went on to stress five areas of degradation which led to this incident.

On top of the list, he stressed how in spite of being a literate state, levels of tolerance and public order had been reduced to the minimum. “It is a sad reflection of the decline in the moral values of our society that projects itself as the most literate in the country. If this is the state to which our education has led us, we need to take a closer look at our education system,’’ he said in the letter.

Secondly, the letter threw light on the present social set-up in Kerala that led to people like Madhu being forced to steal to even have one meal a day. He questioned the effectiveness of various schemes to help tribals in the state and alleviating poverty among them.

“If the victim had been forced to steal rice because he has nothing to eat, it shows that the schemes that are being implemented are not reaching the needy. It is necessary to revamp our implementation procedures to ensure the schemes reach the beneficiaries,’’ the letter said.

CR Neelakandan, an activist, said that successive state governments have a big role to play in pushing tribals to this level of desperation. “All this is happening when the state gets crores of rupees for tribal rehabilitation and welfare. But in reality, the land of these adivasis is usurped and their livelihood stolen by settlers from outside the area. Little is being done to prevent that because the adivasi is not an important vote-bank, but all others who steal from them are,’’ said Neelakandan.

Thirdly, the letter talks about rising atrocities against the tribal population. Madhu, as per reports and his family, was forced to leave his earlier work after he faced harassment for being a tribal. Justice Mohan asked the judiciary to bring in place better law enforcement procedures to ensure that such work place harassment of tribals is tackled with an iron hand.

His letter only reinforces the belief that Kerala is fast-becoming an insecure place, not just for tribals, but even for migrant labourers and transgenders. Many social activists say that today in Kerala, if a person stands out in a crowd in terms of physical appearance or behaviour, he/she runs the risk of being physically attacked. Over the last few months alone, close to a dozen such attacks have taken place on the migrant work force and transgender community in Kerala.

That Madhu was mentally ill was known to his attackers, as per local reports from the area.

The fact that he was still attacked shows the changing mindset of the average Malayalee, said an activist. No wonder Justice Mohan has asked the Court to ensure that a thorough investigation and a wholehearted prosecution of the offenders is carried to send out the right message.

He ended his letter by saying that the court should step in to provide all necessary assistance and compensation to the family of Madhu as it was laxity on the part of the government to give protection that resulted in Madhu losing his life.

All eyes are now on the state government regarding the corrective steps it will take so that more Madhus are not attacked in Kerala again.