A Case for Independent Prosecutors

The Chief Justice of India’s recent remarks that historically prosecutors in India have been under the control of the government, so it is not a surprise that they do not act independently, is a timely indictment of the system. 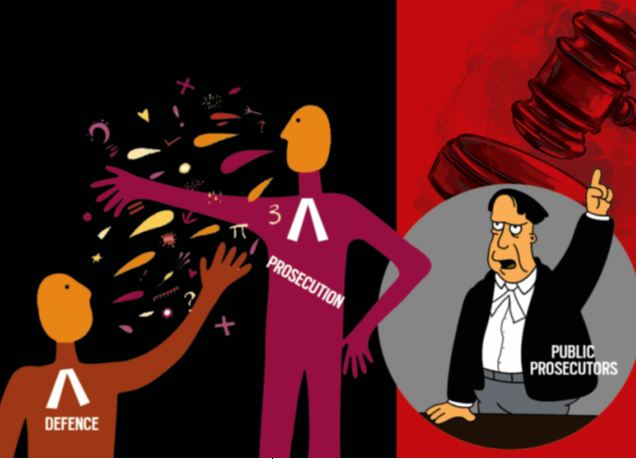 Recently, during his 5th Late Shri Lavu Venkateswarlu Endowment lecture in Vijayawada, Chief Justice of India (CJI) NV Ramana espoused a very fine hypothesis—the need to liberate the institution of public prosecutors. While this (freedom) is an established concept in many developed economic and social systems, including the UK and especially the US, it is a somewhat foreign concept for India. Practitioners of law and litigants in this country have suffered enough for this (lack of freedom).

Within what the chief justice accepted as India’s “Dysfunctional Criminal Justice System,” Justice Ramana insisted that “total independence must be granted to them (public prosecutors) and to make them answerable only to the courts.”

While a comparative study becomes necessary, it would be wise to first concentrate on what the CJI said. He reiterated:

“Historically, prosecutors in India have been under the control of the government. Hence it is not a surprise that they do not act independently. They do nothing to prevent frivolous and non-deserving cases from reaching the courts. Public prosecutors automatically oppose bail applications, without independently applying their mind. They attempt to suppress evidence during trial which could benefit the accused.”

He went on to add:

“A holistic rework needs to be undertaken. In order to insulate the public prosecutors, an independent selection committee may be constituted for their appointment. Best practices should be adopted after a comparative analysis of other jurisdictions. The responsibility of a public prosecutor is immense. They act as gate keepers who ensure that rights of citizens are not sacrificed and that citizens are not harassed through malicious prosecutions.”

This is a very extraordinary suggestion. It could jolt the rickety justice system of the country, made even more rusty through continuous political intervention at all levels. However, the road is full of hurdles. Consider the police force, the first conscience-keeper of the nation, the first gateway to the justice system. We all know the fate of the Prakash Singh vs Union of India (2006) case judgement of the Supreme Court, or how free the police forces of the country are at this moment, despite such a landmark judgment.

To realise the extent of change the CJI was hinting at, one needs to see how the independence of such prosecutors have been guaranteed and maintained in developed nations.

In the UK, the prosecution is handled by the Crown Prosecution Service (CPS). CPS has a unique position, which is termed as “Prosecuting in the public interest: independence without isolation”. This is an apt description given by Max Hill QC, who was Director of Public Prosecutions in 2020. The idea is to “remain independent while also being collaborative, responsive and adaptable in a changing world.” In an essay, he says:

“Independence was one of our founding principles when the CPS was created in 1986, and it has remained the central thread in our story. An independent prosecutor—by which I mean, a prosecutor free to apply the law fairly and without bias, and without external pressure intended to influence decision-making—is essential to the rule of law.”

“…but from whom are we independent, and why? First, we are independent of investigators—in most of our cases that means the police, though it also includes the National Crime Agency, Her Majesty’s Revenue and Customs and others… Until our creation in 1986, criminal offences in England and Wales were prosecuted by a haphazard mixture of people. Would be prosecutors then included private individuals, police officers or police solicitors, county prosecutors and local firms of solicitors.”

Also Read: Rid Me of Drinkers

His explanation strikes at the roots of the criminal justice system and how investigators at different levels and by different agencies can really make a mockery out of a case, as was evident in the Sushant Singh Rajput case. The sheer multiplicity of investigations—including, in one instance, two police forces from two states, acting against each other—by multiple investigating agencies completely muddled up the moot purpose of the investigation. Apart from Mumbai Police and Bihar (Patna) Police, involved were the Central Bureau of Investigation (CBI), the Enforcement Directorate (ED) and the Narcotics Control Bureau (NCB). None of the agencies have brought out a concrete report on Rajput’s death so far.

It was finally left to the court to sift through thousands of pages of inane and unfounded allegations. To what end the many investigating agencies were engaged in is still not clear. Frankly, this is not the job of the court. Ideally, it would be the job of an independent prosecutor to see to it that the laws are applied uniformly and without bias.

Hill also makes it clear that “the CPS is also separate from every other government body, and our prosecution decisions are independent of political influence.”

Justice Ramana hit the nail right on the head when he dissected the investigating process as well. He added:

“Another facet of the criminal justice system that needs to be changed relates to investigators. There is absolutely no system of accountability in place for faulty and inordinately delayed investigations. A person wrongfully incarcerated due to false implication loses his right to liberty, property, etc. He suffers enormously. There is no real remedy left for him and no compensation whatsoever even after an acquittal.”

Think of the scope of that statement. The entire system needs a complete overhaul, he implied. This is a Herculean task, something that cannot be completed without the involvement of the legislature and the executive. However, if the justice system has to step into these large shoes, so to say, in this country, it has to strive to reach the levels of independent prosecutors that the US has.

There is a belief that the US system is the ideal. Says an analyst: “The American prosecutor enjoys independence and a wealth of discretionary power unmatched in the world. With few exceptions, the prosecutor is a locally elected official and the chief law enforcement official of the community. The American prosecutor represents a local jurisdiction and his or her office is endowed with unreviewable discretionary authority. Nowhere else in the world does this combination of features define prosecution.”

What are the powers of a US prosecutor? As an independent analyst has pointed out: “A prosecutor is not the representative of the victim, not of the accused, even not of the government, but he/she is the spokesperson rather agent of the people of the country in its real sense.” That is a position that no arm of the Indian government might want to accept.

But is the American system fair? The American prosecutor has almost unlimited powers. However, this may have led to other problems. According to the American Civil Liberties Union (ACLU):

“Prosecutors (in the US) have used their power to pack jails and prisons. And it has taken decades, billions of dollars, and thousands of laws to turn the United States into the largest incarcerator in the world.”

So, that becomes a human rights problem of mammoth proportions. ACLU cites four issues that need to be looked into deeply.

The first is bail. Quite like in India, ACLU points out that

“the US’ wealth-based incarceration system allows those with money to walk free before trial, while those who can’t make bail remain locked up. Guess who decides whether someone will have to pay bail? Believe it or not, the answer is often prosecutors. But they also have the power to recommend freedom.”

That sounds scary, and a good lesson for us when we do decide to accord freedom to our prosecutors.

Then comes the issue of charging of an accused. It is the prosecutor who decides whether to prosecute and what to charge the accused with. Often times, such charges have proven to be “harsh and discriminatory” and this could emanate even from personal likes and dislikes. There is no way of assuring the neutrality—regarding race, creed, social position—of a prosecutor.

Last, but not the least is the American system of plea bargains. ACLU points out that “nine out of 10 cases are resolved by plea bargain.” This, principally, is because of the harsh criminal laws, such as mandatory minimum sentences. Such mandatory sentences have reduced the discretionary powers of the judges too, handing the prosecutor all the negotiating power instead. What has happened is that an overwhelming number of people plead guilty, even when innocent, out of fear of a negative outcome at trial.

However, the most important protective armour given to American prosecutors is that almost all of them are elected officials, not appointees. Hence the prosecutor’s accountability is to his own constituency, so to say, not the government. While this should probably be the ideal situation, it also hands the prosecutor more than an ideal amount of power.

With these examples in front of us, should the republic decide on the freedom of the prosecutor and set up an appointment panel, there needs to be more checks and balances in place.

This comes from our experience of the CEC, as said before. Today, there have been doubts cast on how neutral the actions of the CEC have been. Other so-called neutral and independent organisations of the country have faced the same fate.

One hopes this suggestion is accepted in the right spirit and with haste. If one considers only the pendency issue of the courts, the justice system could do with a bit of help.

The author writes on legal, economic and corporate issues, apart from social commentary. He is Executive Editor at India Legal