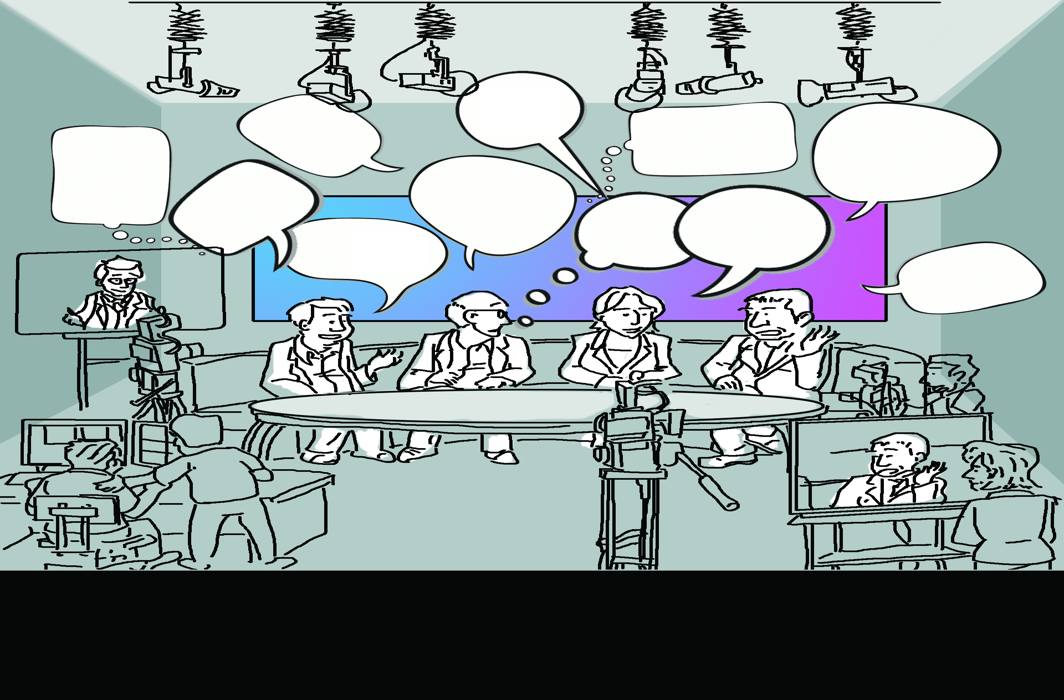 In no other country in the world is the annual budget greeted with such breathless anticipation. Economists, agriculturists, corporate titans, accountants, housewives, former finance ministers and tax consultants are booked months in advance as the nation waits to hear their expert views on the budgetary exercise. With successive governments unveiling slews of populist schemes, or renaming existing ones, it has become difficult to keep track of all the acronyms. Here’s a typical post-budget discussion

Anchor: Let me get some quick reactions from all of you experts gathered here. As you can see, we have a very distinguished panel, CAs, PAs, NRIs, PIOs, MDs, CEOs and CEs.

Guest: The rest I know, but CE?

Anchor: Consulting Editor. It’s the new rage acronym; it means journalists who are experts on everything.

Economist: I think the FM was under pressure because of GST and its long-term impact on GDP, so I think he will be going through PBSD.

Anchor: I’ve heard a lot of acronyms during post-budget discussions but what is PBSD?

Anchor: What has been the general reaction?

Journalist: Well, the PM was seen applauding the FM so there was a lot of TLC on display.

Anchor: That’s called Modicare. Who else did he take care of?

Expert Analyst: My expert analysis shows that new MSP rates would have satisfied some sections, and NHPS would be a healthy sign for a larger section but the government needs to do more to boost UDAN, AMRUT and MUDRA among other schemes.

Anchor: For the sake of better TRPs and to keep TRAI happy, could we expand those acronyms?

Expert Analyst: UDAN was regional connectivity, AMRUT was named after an ex-PM, Atal Mission for Rejuvenation and Urban Transformation, while MUDRA stands for Micro Units Development and Refinance Agency. NHPS is the new insurance scheme for the poor. QED

Chartered Accountant: My main concern is the GC on ITCG and FMV which will attract STT.

CA: Ok, there is a Grandfatherly Clause which applies to Long Term Capital Gains while a Fair Market Value clause attracts Securities Transaction Tax. I thought everyone knew that.

Anchor: We have an ex-FM who is now an MP in the RP or Ruling Party. Sir, what’s your take?

MPRP: Most Valuable Politician, especially in a pre-election year. Now, coming to your question, just look at all the schemes this government has introduced during budget time—Ujjwala, Saubhagya, Jan Aushadhi, Awas Tyojana, Gram Sadak Yojana, Pradhan Mantri Vaya Vandana Yojana…then there is MGNREGA.

Agriculturist: The attempt to boost the agri-economy via enhanced MSP is offset by the uncertainty over A2 + FL or even C2. Do they have the finances to give 50 percent more than C2?

Journalist: As an expert on everything, those are input costs and labour, etc.

CA: My clients would be concerned with linking APMCs with e-NAM, and how it will affect EPF and MFs.

CEO: I will have to look closely at the relief from MAT under IBC and whether income to be computed under ICDS will lead to increase in TA. There is also the additional burden under DDT.

Anchor: Shorn of the acronyms, which section stands to benefit the most? Not the salaried class for sure.

Journalist: There are some whose salaries will increase 200 percent.

Anchor: Under what scheme?

MPRP: Have you not heard the PM’s latest slogan—Ease of Living.