Union Law Minister Kiren Rijiju underlined in Parliament that it was entirely voluntary and was not being mandatory. 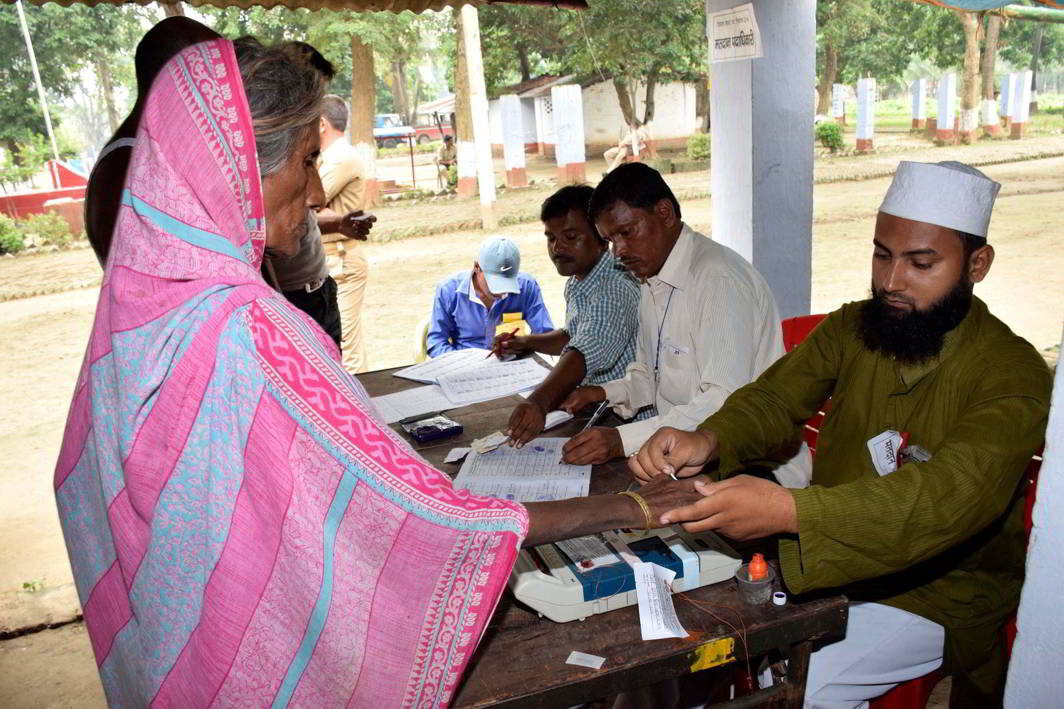 The Election Laws (Amendment) Bill was passed by both Houses of Parliament on December 20 and 21 despite stiff resistance from the Opposition and to the disappointment of civil society and privacy advocates. Their cause for concern is that shorn of the jargon, the law is to link Aadhaar to voter ID cards. Union Law Minister Kiren Rijiju underlined in Parliament that it was entirely voluntary and was not being mandatory.

Such differences may make sense for mandarins of the State and those of the judiciary but for officials in the lower bureaucracy, who populate the first level of electoral roll revision, voluntary, in fact, becomes mandatory and therein lies the rub.

Some four years ago, reports of the death of a 11-year-old girl in Jharkhand made the rounds. The child, Santoshi, died begging for food, something her mother couldn’t provide since her PDS card was not linked to that essential mark of State recognition — the almighty Aadhaar card. The ration shop owner isn’t the villain here either, he was just ticking the boxes the State had left for him to fill before parting with a meagre kilo of PDS rice, mind you, not premier basmati!

The greater villainy is in making those boxes on forms that would be unticked denying someone their Aadhaar which would deny them benefits the Aadhaar-enabled take for granted.

The major provisions of the Election Laws (Amendment) Bill deal with making the electoral process gender-neutral for service voters, spouse instead of wife or husband, allow youth to enroll as voters on four different dates every year and proposes to link electoral roll with Aadhaar to curb multiple voter enrolments of the same person at different places. The last statement is perhaps true given that states collate electoral rolls and the central repository, the Election Commission of India, issues the cards but doesn’t counter-check it against existing voter ID data. Therefore, the fears of duplication which would leave many to vote in these bogus names but given this limited benefit, the Aadhaar card linking can help. But that’s not what experts fear.

As said earlier, linking Aadhaar to voter ID cards is not mandatory but voluntary. The legislation allows the electoral registration officers to seek Aadhaar number of people who want to register as voters to establish their identity. As per the government, these reforms will benefit the electoral system.

‘How would linking the two cards stop bogus voters?’

Former Chief Election Commissioner S.Y. Quraishi said seeding Aadhaar with the voter ID was not such a desperate need when there are other pressing reforms needed.

He said: “Every duplicate voter is not a bogus voter, it is just that the name is mentioned at several places as one has moved residence several times and there are already enough safeguards against fake voting and impersonation with the ECI.”

There are other ways with the ECI to weed out duplicate voters, Quraishi said.

“Now, as the linking of Aadhaar with the Voter ID is not mandatory a fake voter in any way will not share his Aadhaar credentials. How is this going to help the ECI weed out fake voters?”

Quraishi said the practical details have not been explained and Aadhaar will have to make its data bank available to the Election Commission and the potential misuse of data by officials is possible and innocent people may be misled into showing their Aadhaar.

According to the World Bank, over 1.1 billion people across the world are unable to prove their identity and therefore lack access to healthcare, education, and social protection. A Carter Center study in South America has found that a single ID actually disenfranchises citizens and removes them from the welfare and electoral system. Therefore, One Card may not work for the poorest of the poor and the undocumented, and in all given circumstances.

The same South American study revealed that countries with a single form of ID were likely to have fewer citizens participating in the electoral process since they were unable to prove their identity.

Senior Journalist N.K. Singh said determining voter identity with a single identity is a faulty proposition. Linking the ration card with Aadhaar in India has shown bureaucratic inefficiencies due to lack of exposure to technology.

He said: “A democracy like India cannot afford bureaucratic wisdom in seeding Aadhaar with voter ID to let one deny the voting rights.”

“This is a clear indication of the State to expand its predatory instincts and making Aadhaar voluntary is the first step. In the long run, this could have wider ramifications. The State has caste-based census, the government can get corrupt bureaucrats to fix things as per the demand of their political bosses.”

Singh said the ECI can do all the checks and balances but once the person is on the voter list, there should not be any vetting that denies them the right to vote.

“The problem is with the system, the government failed to make any foolproof voter IDs or any other identity. There are reports that fake Aadhaar is being made. The government needs to work in that direction (to curb fake Aadhaar).”

The other big Kahuna is data security. The chances are that the cyberattacks could be aimed at the intersection of Aadhaar and voter ID, and if that happens it can undermine the voting process and have an impact on Indian democracy.

‘Noble idea but challenges many’

Cyber law expert Pavan Duggal said the objective behind the law is noble but as the implication of the law, one could see a lot of challenges that could be appropriately addressed in order to give full effect to the letter and spirit of the law.

He said: “Aadhaar is a double-edged sword because it entails biometric information. Therefore, if the Aadhaar ecosystem is compromised then it could open the Pandora’s box.”

He said there could be high chances of the immense potential ramifications in the event of connecting Aadhaar with the voter ID. India has an immense policy vacuum as it doesn’t have a dedicated law on cyber security, for data protection nor a dedicated law for privacy. So in the absence of punitive legislation, India becomes a very fertile ground for hackers, he added.

“Cyber attacks and security breaches in India have increased massively, and these are often not recorded. If the government wants to join Aadhaar with voter ID, they are doing it without any reference to the cyber security methodologies, process, and procedure in the process of making this linking exercise more secure,”

Duggal said the biometric information of Aadhaar was saved under the central identity data depository which is relatively safe but ever since the government is joining the number of things with Aadhaar, they have developed a very big ecosystem called the Aadhaar ecosystem and it is relatively unsafe and insecure, he added.

He elaborated the potential ramification with an example that if an individual’s Aadhaar-Voter ID is compromised or breached, cybercriminals automatically connect Aadhaar with the voter ID and these IDs can potentially be misused by committing various cyber crimes like identity theft. Once that happens the person is not likely to have an effective remedy as she/he becomes only a victim.

Now, that the Bill has been passed, it is time the government comes up with appropriate measures to ensure cyber security breaches at the intersection of Aadhaar and voter ID do not pose grave challenges.