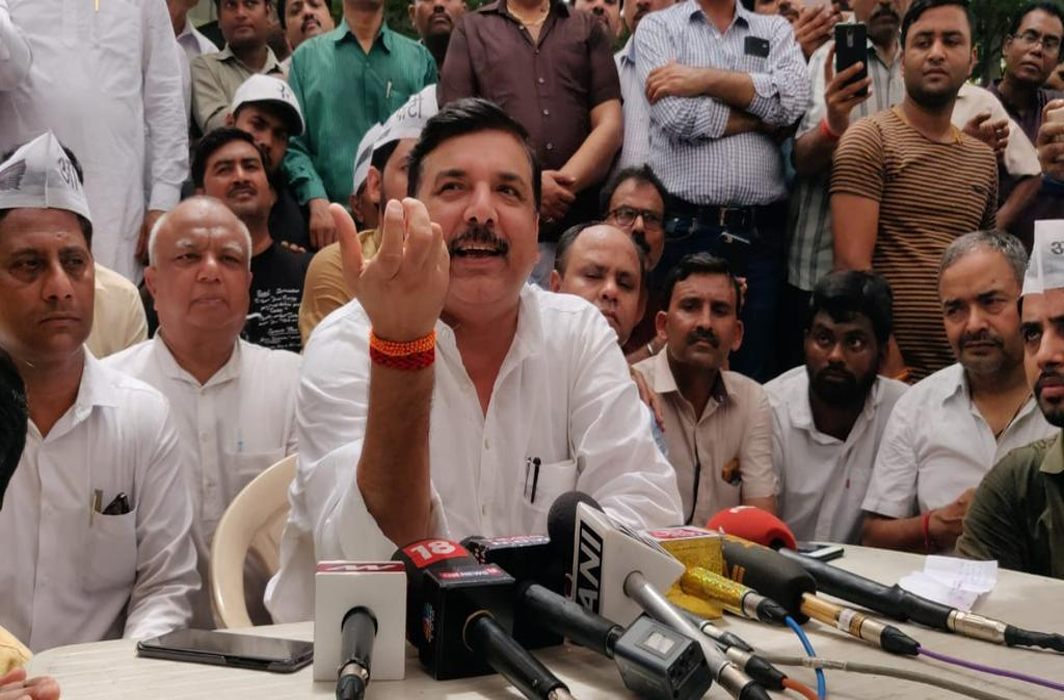 The Supreme Court granted interim protection to Aam Aadmi Party Rajya Sabha MP Sanjay Singh from any coercive action in alleged hate speech cases. The Apex Court issued notice to the Uttar Pradesh government to file its reply in two weeks on Singh’s plea for quashing multiple FIRs lodged against him in the cases.

The division bench of Justices Ashok Bhushan and R. Subhash Reddy while giving relief to Sanjay Singh, put an interim stay on his arrest in the FIRs registered in UP till the next hearing of the case. Appearing for Singh, Senior Advocate Vivek Tankha and advocate Sumeer Sodhi said that no procedures were followed by the police in lodging the case and sanction to prosecute the Rajya Sabha MP was not taken.

The Apex Court, while advising Sanjay Singh, said that he cannot divide society on the basis of religion and caste. At the same time, the court commented that Singh is an MP, and he should not have made such statements. If he exceeds his limit, a lawsuit will be filed against him according to law, the Court told Singh’s counsel.

The AAP leader moved the Apex Court seeking quashing of multiple FIRs lodged against him in various districts of Uttar Pradesh after a press conference, saying they have been “maliciously instituted to unleash political vendetta”.

Sanjay Singh had on August 12, 2020, held a press conference wherein he had alleged that the Uttar Pradesh government was favouring one particular caste. An FIR was registered against him in Hazratganj police under sections 153-A, 153-B, 501, 505(1), 505(2) of the IPC.