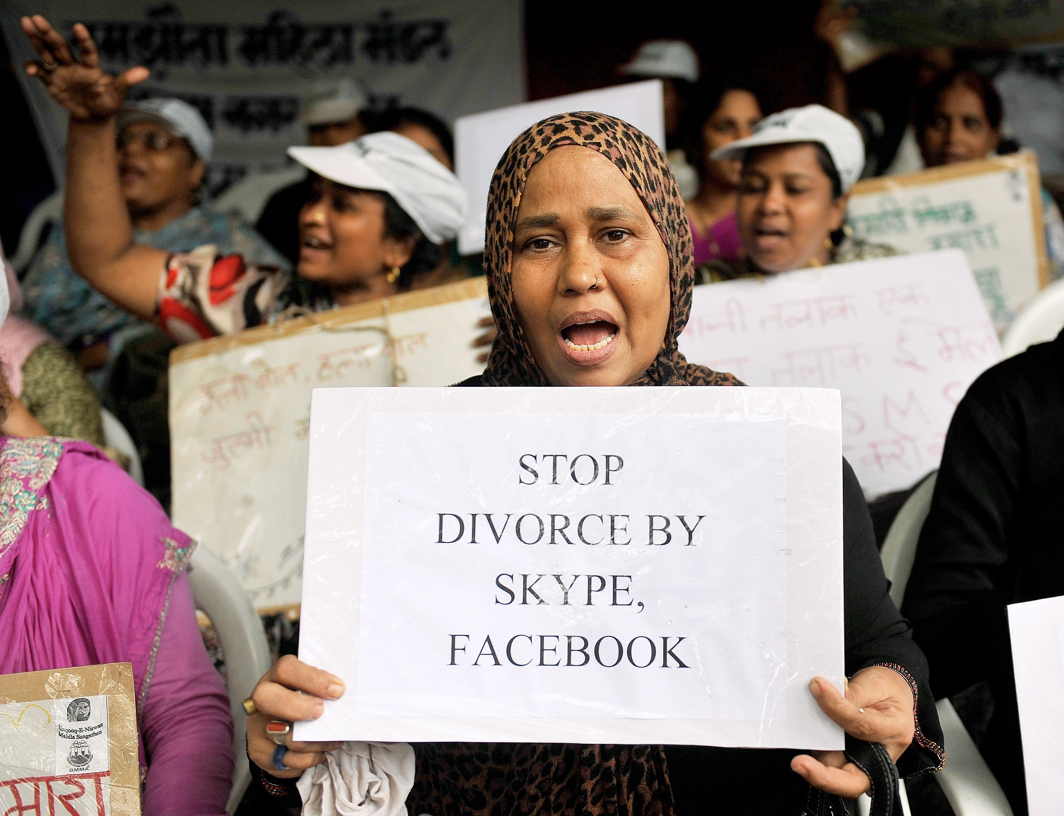 The All India Muslim Personal Law Board (AIMPLB) has said that it will leave no stone unturned to ensure that the Triple Talaq bill is not passed in the Rajya Sabha.

Terming the ordinance as ‘anti-Shariyat’ and ‘anti-Muslim women’, the board members said they will seek the help of opposition parties to prevent Parliament from clearing the ordinance.

At a press conference, Syed Qasim Rasool Ilyas said that the Muslim Board members are ready to move the Supreme Court in case the bill is passed and accepted. IIyas added that even women are not comfortable with the format of the bill. Reports quoted Illyas as saying, “We have decided that our members will be approaching leaders of opposition parties especially Rajya Sabha members so that the Triple Talaq ordinance is not cleared by the Parliament. This ordinance goes against the interests of Muslim women.”

The Union Cabinet had, on September 19 this year, passed the ordinance to make changes in the provisions of the Triple Talaq Bill. The ordinance was thereafter signed by President Ram Nath Kovind. Triple Talaq, also known as talaq-e-biddat, is a centuries-old practice through which Muslim men divorce their wives by uttering the word “talaq” thrice in quick succession.

According to the Muslim Women (Protection of Rights of Marriage) Ordinance 2018, the practice of instant triple talaq is illegal and void. The man who divorces his wife through triple talaq will be awarded a three-year jail term. However, as a precautionary measure, the government has a bail provision for the accused just before trial in case any tampering of the law is found. The amendments made were cleared by the Cabinet on August 29.

Last year, the Supreme Court had, by a 3-2 decision, struck down the practice of instant triple talaq. However, a minority judgment concluded that “talaq-e-biddat” was a matter of personal law of Muslims that does not breach the Constitution’s Article 25 (right to practice one’s religion).