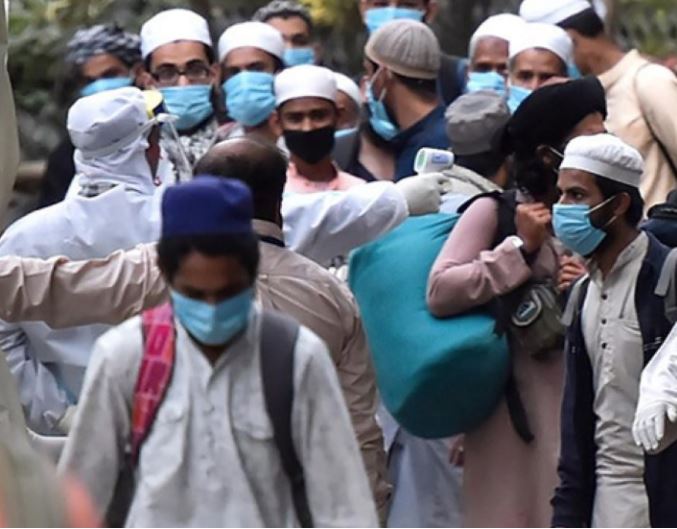 The Allahabad High Court on Wednesday (December 2) observed that the attempt to murder charge against a Mau resident, who participated in the Tablighi Jamaat congregation in New Delhi in March this year, reflected on the abuse of the power of law. The charge-sheet has been submitted against the applicant, Mohd Saad, under Sections 307 and 270 of Indian Penal Code at Kotwali Police Station of District Mau.

The prosecution said the accused with others had attended the Tablighi Jamaat congregation at Nizamuddin Markaz, Delhi and returned home without informing the administration about their arrival and neither did they get tested for coronavirus. The prosecution stated that the accused went to Delhi even after the government had declared coronavirus a pandemic and a large number of persons at the Markaz were infected.

A single bench of Justice Ajay Bhanot was hearing an Application filed for quashing the case filed against Saad, who, along with a few others, was charged for attempt to murder and spreading infectious disease. The matter has been posted for further hearing on December 15, 2020.

Counsel for the applicant Javed Habib contended that even if evidence collected during the investigations as well as the FIR are taken at their face value, no offence is disclosed against the applicants. Further, it was brought to the Court’s notice that the original chargesheet was drawn up under Section 269, 270 of IPC and even presented to the Court but it was recalled and a fresh charge-sheet was submitted under Section 307 of IPC as the same was ordered by the Circle Officer. From a perusal of the material, charge-sheeting the Applicant under Section 307 IPC prima facie reflects abuse of the power of law.

Also Read: Towards Isocracy? The Indian Constitution as a Site of Complex Equality

The Court has directed the Senior Superintendent of Police to file an affidavit in the matter and also directed the Circle Officer to file personal affidavit indicating as to how the ingredients of Section 307 of  IPC are made out from the facts in the record from the material collected during the investigation and justify the amendment directed by him to the charge-sheet.

Did you find apk for android? You can find new Free Android Games and apps.
Share
Facebook
Twitter
Pinterest
WhatsApp
Previous articleTowards Isocracy? The Indian Constitution as a Site of Complex Equality
Next articleSupreme Court sets aside dowry case conviction, life sentence of Haridwar family of 3