A single bench of Justice Irshad Ali passed this order while hearing a Petition filed by Dr. Preeti Singh. 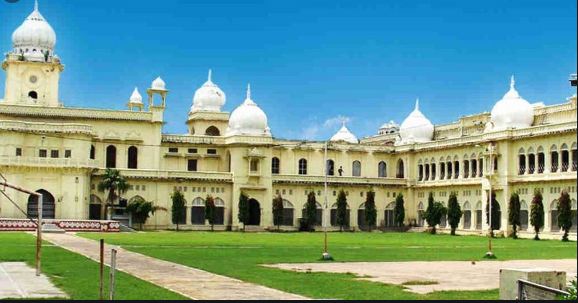 The Lucknow bench of the  Allahabad High Court on Monday stayed the finalisation of the selection process for the 180 posts of Assistant Professor in Lucknow University.

The Court directed the university administration to continue the selection process and directed that it would vacate a post for the Petitioner in the Department of Anthropology.

A single bench of Justice Irshad Ali passed this order while hearing a  Petition filed by Dr. Preeti Singh.

In the recruitment advertisement issued in September 16, 2020 by the Petitioner Dr. Preeti Singh, the process of recruitment for four posts in the Department of Anthropology has been challenged.

According to the Petitioner’s plea, all four posts have been reserved due to Lucknow University being considered as a unit. In such a situation, she (petitioner) has been deprived of the application.

Advocate on behalf of Lucknow University informed before the Court that 10% additional reservation of Central Government has been implemented by the university on March 07, 2019. Due to this, the reservation limit has exceeded 50 percent, while the UP Lok Sabha Service Act, 1994 does not apply here.

The Court has directed the university to file its Counter Affidavit within two weeks. The next hearing of the case is to be held on  March 10, 2021.

Read Also: Chhattisgarh HC to hear PIL against builder in possession of land for jail and police department on February 23

Did you find apk for android? You can find new Free Android Games and apps.
Share
Facebook
Twitter
Pinterest
WhatsApp
Previous articleChhattisgarh HC to hear PIL against builder in possession of land for jail and police department on February 23
Next articleOTT content regulation: Supreme Court asks Centre to explain its plan of action