Above: Russian President Vladimir Putin (left) with US President Donald Trump at the G20 summit/Photo: UNI

As US special prosecutor Robert Mueller probes deeper into alleged election collusion between the president and Russia, Trump is getting increasingly erratic in his behavior 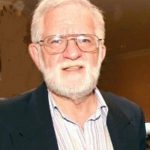 When the ocean liner Titanic left in 1912 on its maiden trans-Atlantic voyage to America, everyone believed it unsinkable. An iceberg in the North Atlantic proved them wrong. The presidency of Donald Trump has hit a self-created iceberg of criminal activity, but it isn’t sinking as fast as the Titanic.

His base supporters believe the political iceberg is a mirage.

Eighty percent of an iceberg is below the water. How much more criminal behaviour awaits disclosure about Trump, his administration, family and businesses? The actions of Robert Mueller, the special prosecutor, suggest a great deal. His filings feel like a dozen nearly finished chapters in a 36-chapter book. This collusion probe is past the mid-point.

Additionally, the US attorney for the Southern District of New York, a part of the Justice Department, had charged Michael Cohen, Trump’s former attorney, with campaign finance violations. Pointedly, documents don’t charge, but name “Individual 1” as equally criminal, stating that “Individual 1” is the president, but don’t use his name.

Cohen, incidentally, has been sentenced to three years’ imprisonment and a fine of around $2m for various crimes, including hushmoney payments. Cohen told the court that he felt it was his duty to cover up Trump’s “dirty deeds”.

In a long career in law enforcement, Mueller brought down some of the biggest mafia leaders in the US. His tactics with the Trump probe are similar: Co-relate information, indict, squeeze, then convict mid-level people before bringing the hammer down on the boss. The fact that almost nothing leaks from his team of lawyers and forensic experts suggests extreme competence and confidence in what it is pursuing.

Visualise this American political drama in cricket terms. This first two years of activity can be considered a five-day cricket test, played out slowly, deliberately. This week starts the ODI phase where things happen more quickly in a day. When House committees begin hearings in January, it may feel like an IPL tournament.

His base supporters are not persuaded by analogies or facts.

But this isn’t sport, it is politics and the fate of America. Trump has tweeted endlessly and recklessly about a “nothing burger” probe lacking any evidence of “collusion”. The president and his allies have risked substantial legal exposure to hide it. Yet, it plays out like other known Trump scandals: audacious but ineptly executed. Former Chief of Staff Paul Manafort’s harsh sentencing recommendation describes a conspiracy with Trump to double-cross Mueller. His initial plea bargain was negated because he told Trump’s lawyers what he told Mueller. Ouch! That’s a double cross that doesn’t even work in a movie.

Meanwhile, Michael Flynn, briefly his national security advisor, and Cohen have provided enough “connect-the-dots” information for Mueller to deliver a new round of indictments. Cohen explained that Trump ordered him to pay off two women for sexual affairs. The 2019 argument will be made that Trump defrauded the American people by withholding and lying about information that impacted voting behaviour in 2016.

His base supporters believe this assumption is a mirage.

Now a media investigation that probably mirrors Mueller’s research points out that Trump and the National Rifle Association (NRA) co-ordinated their advertising efforts during the 2016 campaign. The NRA bragged about spending $30 million on Trump’s behalf. A Mother Jones magazine report showed how both used the same people to coordinate the advertising deals, but through two differently named subsidiaries of a single company. Federal law prohibits not-for-profit organisations contributing to the campaign, but allows spending on standalone advocacy advertisements.

The death of former President George HW Bush proved both a distraction and an embarrassment for Trump.  Bush was in his early 90s when harshly critical of Trump. His son, George Bush, also a former president, asked Trump to attend the National Cathedral ceremonies. An icy and sullen Trump was seated next to the Obamas, the Clintons and Carters in the front row. What interact­ion there might have been was positively glacial.

His base supporters believe this is merely an assumption.

Several of the eulogies reminded the nation of the senior Bush’s qualities of humour, forgiveness, and long-time public service—the very qualities lacking in Trump’s approach to life and politics. If Trump heard them, he gave no sign, leaving as soon as it was over. After the funeral, Trump tweeted a poll that does not exist, claiming his popularity is at 50 percent. After the midterm election, he had tweeted it was a big Republican victory. In reality, a loss of 40 seats and control of the House of Representatives was a crushing blow to his presidency, reflecting diminished support among Republican women. The Republicans did retain narrow control of the Senate, but lost several key governorships.

Trump’s Twitter compulsion remains an excellent diagnostic tool, as accurate as any MRI or EKG, but for his mental state. After the latest court revelations, he typed out: “Totally vindicates the President. Thank you!”

His base supporters believe this is the truth.

However, regarding Moscow, Mueller says Cohen had spilled new details on the proposed Trump tower, claiming “financial aspects of the deal would have made it highly lucrative for the company and himself”. The familiarities with un­named Russians suggest Moscow was meddling in the Trump campaign, if not straight-up collusion. Trump has said he was merely protecting his business bet with an adversary’s government in case he lost the presidential race.

All of this seems insufficient to cause the Republicans to march from the Capitol to 1600 Pennsylvania Avenue and suggest he resign rather than be impeached. His worsening grasp of reality, offered in mad moments on Twitter, portends a health crisis profound eno­ugh for Vice-President Mike Pence to do something besides shine Trump’s shoes. However, it is fair to assume Mueller has the facts on Pence’s involvement in some of this, including obstruction of justice. Such a scenario would give the presidency to incoming Speaker of the House Nancy Pelosi—a liberal female from California. The angry reaction from the Trump faithful will test the resiliency of the nation.

His base supporters believe this will be a violent reaction.

Can the Democratic Party navigate the next two years in a way that helps in the 2020 presidential election regardless of Trump’s role? Does America hang in the balance? Can democracy survive globally? All are uncertain issues.

However, many people believe with absolute certainty that 2019 will be the worst year of Donald Trump’s life, except for all those that will follow it.