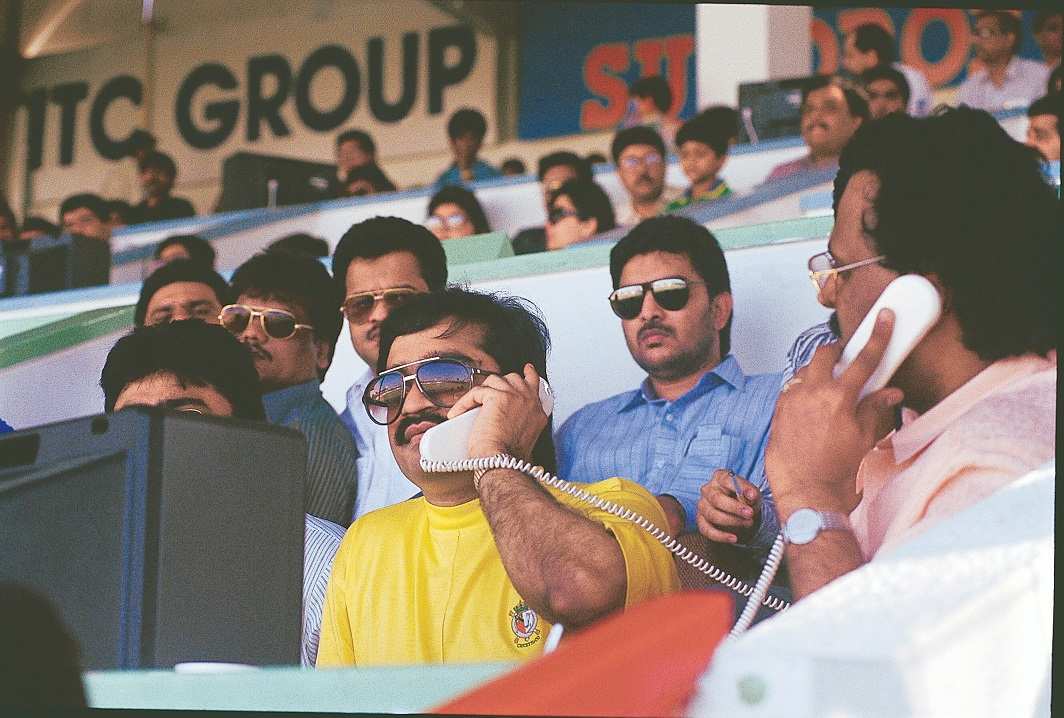 What happened to the Dawood Ibrahim-terrorist connection in the 2017 report?

Why does the International Narcotics Strategy Report (2017) not mention international terrorist Dawood Ibrahim, now ensconced in Karachi, when their 2016 report clearly had his name? Why was this deleted?

US authorities are also keeping mum about why this has been deliberately deleted. Also deleted are names of organizations and individuals believed to be connected to the ISI. The 2016 report featured these links prominently.

Intelligence sources are speculating that the omissions are deliberate, because US authorities could possibly be in negotiations with Dawood and his surrogates as well with certain sections of the Taliban in view of changing US strategic interests and information gathering compulsions in the Pakistan-Afghanistan region.

Reproduced below are relevant sections (see italics) of the 2016 report as well the 2017 document dealing with Pakistan.

“Money laundering in Pakistan affects both the formal and informal financial systems. Pakistan does not have firm control of its borders, which facilitates the flow of illicit goods and monies into and out of Pakistan. From January through October 2015, the Pakistani diaspora remitted approximately $16 billion back to Pakistan via the formal banking sector. Though it is illegal to change foreign currency without a license, unlicensed hawala/hundi operators are prevalent throughout Pakistan. Unlicensed hawala /hundi operators are also common throughout the region and are widely used to transfer and launder illicit money. Some support the financing of terrorism. UN-designated groups continue to be able to solicit donations openly without apparent government reaction.

2016: “Additionally, the Altaf Khanani money laundering organization (Khanani MLO), a transnational organized crime group, is based in Pakistan. The group facilitates illicit money movement between, among others, Pakistan, the United Arab Emirates (UAE), United States, UK, Canada, and Australia, and is responsible for laundering billions of dollars in organized crime proceeds annually. The Khanani MLO offers money laundering services to a diverse clientele, including Chinese, Colombian, and Mexican organized crime groups and individuals associated with Hizbullah and designated terrorist organizations. The Khanani MLO also has been involved in the movement of funds for the Taliban, and Altaf Khanani, the group’s leader, is known to have had relationships with Lashkar-e-Tayyiba, Dawood Ibrahim, al-Qaeda, and Jaish-e-Mohammed.

“2017: Additionally, the Altaf Khanani money laundering organization (Khanani MLO) is based in Pakistan. The group, which was designated a transnational organized crime group by the United States in November 2015, facilitates illicit money movement between, among others, Pakistan, the United Arab Emirates (UAE), United States, UK, Canada, and Australia, and is responsible for laundering billions of dollars in organized crime proceeds annually. The Khanani MLO offers money laundering services to a diverse clientele, including Chinese, Colombian, and Mexican organized crime groups and individuals associated with designated terrorist organizations.”

According to Dawn, Altaf Khanani pleaded guilty to a money laundering charge before a US court and signed a plea agreement on Oct 27 for a 20-year jail term and a fine of $250,000. Khanani was arrested following a sting operation by the US Drug Enforcement Administration, and has been in jail ever since. He was indicted in the US District Court of the Southern District of Florida on 14 counts of money laundering in June 2015. He is reputedly Dawood’s most powerful front man.

Altaf’s brother Javed Khanani, a director of Khanani and Kalia International (KKI) money changers, died a month later, after reportedly falling from an under construction building in Karachi.