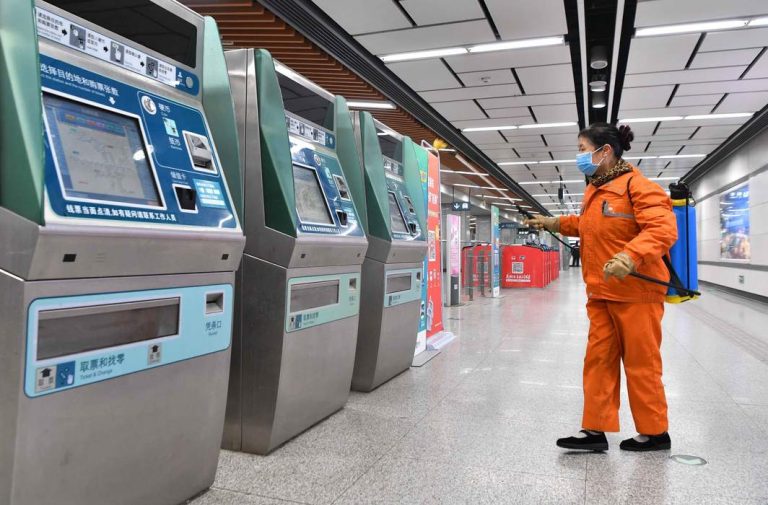 They represent some of the biggest brands in the world but their profit margins are likely to shrink in 2020 thanks to the coronavirus effect. Almost all big airlines have suspended flights to one of the world’s most lucrative markets, China, and some to Hong Kong. They include British Airways, KLM Airlines, Cathay Pacific, Air France, Delta, American Airlines, United, Air Canada and Lufthansa which have reduced or totally cut services to China.

The virus has also caused major upheavals for tech giants. Apple has closed all its offices and stores in China. A quarter of Apple’s operating income comes from China. Other tech giants like Microsoft, Amazon and Google have also shut offices and restricted employee travel.

German sportswear giant Adidas is the latest to announce it is shutting “a considerable number” of its stores in China due to the coronavirus outbreak. Adidas has around 12,000 outlets in China and joins brands like Nike and Hugo Boss, which have followed a similar path. Disney has closed both its Shanghai resort and its park in Hong Kong, while cruiseliner companies have suspended their scheduled cruises.

Automakers are also badly hit. Tesla’s new factory in Shanghai has closed, while Fiat Chrysler, General Motors, Ford, Toyota have all been impacted in one way or the other.

French group PSA, which owns the brands Peugeot and Citroen, and Japan’s Honda and Nissan have also announced plans to evacuate staff from China.

MacDonald’s has closed “several hundred” restaurants in the Hubei province, Starbucks has closed nearly half of its China retail locations while Coca-Cola has closed its China offices. With streets deserted in cities like Shanghai and Beijing, every major global retail brand is affected by the no-sale virus.

Bad News for the Beeb

Most democratic governments have an adversarial relationship with the media but now it could affect the operational plans of one of the world’s most respected news organisations, the BBC, or Aunty Beeb, as it is popularly known. UK Prime Minister Boris Johnson’s Conservative government is no fan of the media and it has announced that it will hold a “public consultation” on whether to stop charging people if they don’t pay the annual levy that funds the BBC. The broadcaster survives mainly on a licence fee paid by every television-owning household in the country, which came to around £3.7 billion last year.

The government’s plan to remove sanctions for non-payment would cost the broadcaster about £200 million a year. The BBC is already under financial pressure, and last week announced it was cutting 450 newsroom jobs, out of a workforce of about 6,000.

The BBC is Britain’s largest media organisation but its public funding is opposed by private sector rivals, who argue the broadcaster has an unfair advantage. Many in the Conservative Party also believe that the BBC’s funding model is no longer appropriate in a digital media world. They say the broadcasting landscape has changed dramatically with the rise of Netflix and other streaming services triggering a decline in traditional television viewing.

The numbers for DXB in 2019 were, in fact, slightly lower than those for 2018. This was attributed to “a series of challenges throughout the year” which included the impact of a 45-day closure of the runway, the bankruptcy of Jet Airways, as well as the grounding of Boeing’s 737 Max.

It is still to hit stores worldwide but Motorola’s new foldable phone, Razr, looks set to revolutionise the mobile market. The 2020 version of the original flip phone is one of the most exciting products in recent years, and what makes it even more special is the box it comes in.

Unlike the coffin-like boxes by Apple or Samsung, the Razr comes standing upright in a transparent lid that lets you see the phone before you open it. The top half lifts up to reveal the phone nestled in an angled base which can be used as a stand for the phone. Even the accessories come in a case that resembles the ones that you get when you buy expensive sunglasses. The Razr, when folded, fits into the case, giving you extra protection.

Motorola invented the cellphone and the company is hoping the retro clamshell design with Google’s Android software and an innovative foldable touchscreen display will put it back in the major league. It will launch later this year.

Cancer is the most dreaded disease in the world, mainly because there is no cure and very little knowledge about its origins and treatment. Now, a team of over 1,000 scientists from 37 countries have come out with the most comprehensive study on cancer ever done.

The results, reproduced in a slew of medical journals, provide an almost complete picture of all kinds of cancers and could allow treatment to be tailored to each patient’s unique tumour, and also develop ways of detecting cancer earlier than was considered possible. The new study, a collaborative effort of cancer research institutes across the globe, provides a complete picture of all kinds of cancers. The study, called the Pan-Cancer Analysis of Whole Genomes Consortium, analysed the genetic code of 2,658 cancers.

Till now, doctors were handicapped when treating cancer patients, as it was impossible to tell why the cells had become cancerous. The new study, which took over a decade, shows that cancer is massively complex, with thousands of different combinations of mutations able to cause cancer. The project found potential weak spots that can be exploited with treatments that attack these “driver mutations” and ultimately, tailor them to each individual patient. Scientists also developed a way of “carbon dating” mutations. They showed that more than a fifth of them occurred years or even decades before a cancer is found. Unlocking these patterns means it could be possible to develop new diagnostic tests that pick up signs of cancer much earlier than believed possible.

Lead picture: A lady spraying chemicals on the machines to ward off coronavirus in China/Photo: UNI