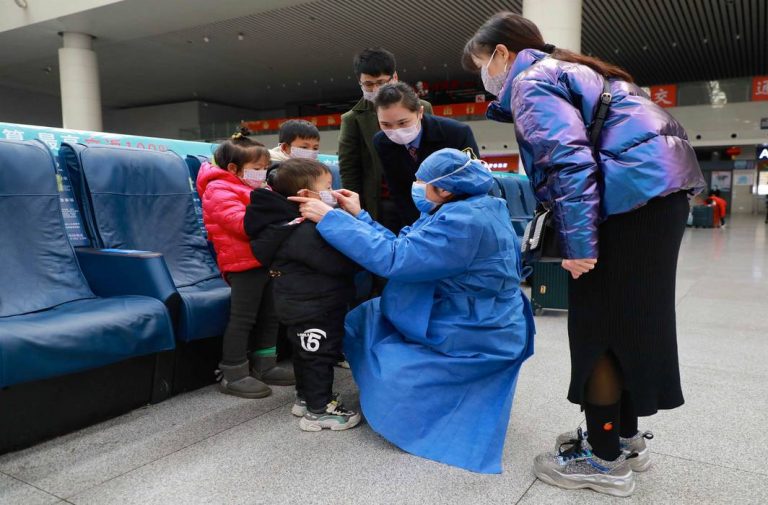 China supplies 70 percent of bulk drugs and raw materials for medicines in India. With the epidemic now hitting the antibiotic and vitamin industry, India should think of manufacturing these

The recent coronavirus outbreak and the resultant lockdown in China could affect Indian industry, especially pharma.

There are two reasons for this. One is the fear of transmission through goods. A few days back, I got a call from a Bengaluru-based friend, a businessman, that his workers were not ready to deal with garments imported from China. However, the fear of transmission is not real as this virus can transmit primarily from one person to another person. Hospital guidelines for influenza define exposure as being within six feet of an infected person for 10 minutes or longer. Secondly, respiratory illnesses can also be spread through surfaces where droplets from an infected person land during sneezing and coughing such as airplane seats and tray tables. But the coronavirus lasts only for three to 12 hours. So the virus is unlikely to reach India through these means.

It is true that this virus, originating from Wuhan in China, has spread to 27 countries with 14,551 confirmed cases and 304 deaths as of February 2, 2020. Wuhan is the largest city in central China with a population of over 11 million people. The city, on January 23, shut down transport links. Following this lockdown, the city of Huanggang was also placed in quarantine and the city of Ezhou closed its train stations. This means than 18 million people have been placed in isolation.

WHO has said that cutting off a city as large as Wuhan is “unprecedented in public health history” and praised China for its incredible commitment to isolate the virus and minimise its spread to other countries. As per WHO, we are likely to have focal outbreaks in other countries. However, these are always temporary phenomena. Every year, an estimated up to 6,50,000 people die annually due to complications from seasonal influenza (flu) viruses. This figure corresponds to up to 1,781 deaths per day due to the seasonal flu.

Severe Acute Respiratory Syndrome (SARS), which was prevalent in the world from November 2002 to July 2003, was a virus that originated from Beijing and spread to 29 countries. Some 8,096 people were infected with it and there were 774 deaths (with a fatality rate of 9.6 percent). SARS infected 5,237 people in mainland China. The coronavirus surpassed SARS on January 29, 2020, when Chinese officials confirmed 5,974 cases. A day later, coronavirus cases surpassed even the 8,096 cases of total SARS ones in 2003. Then there was the Middle East Respiratory Syndrome in 2012 which killed 858 people out of the 2,494 infected (a fatality rate of 34.4 percent). The coronavirus epidemic will also end sooner or later. Scientists in Australia have reportedly recreated a
lab-grown version of this virus. The breakthrough will help researchers around the world as they race to develop a vaccine and detection tests. Also, after one percentage of society gets infected, the disease takes control of itself.

The origin of the virus was from Wuhan’s live animal market and this should be closed forever. The source of such focal outbreaks cannot be and should not be allowed in any country. During the SARS outbreak also, China closed many of its live animal markets but over time, they were allowed to be opened. Other countries which have such markets should also close them forever. Coming back to the Indian pharma industry, drugs used to manufacture medicines were among the top 10 imports from China between 2015 and 2019. In the 2018-19 fiscal, the government informed the Lok Sabha that the country’s drug-makers imported bulk drugs and intermediates worth $2.4 billion from China. Today, several cities in China are locked. Shipments are being delayed and the latest orders will not be dispatched on time. There could be a shortage of bulk drugs till normalcy is restored in China. In anticipation of Chinese New Year that fell on January 25, Indian firms kept themselves adequately stocked. But this is likely to last through February only. In case the outbreak continues beyond February, it may cause concern. Apart from the shortage of raw materials, the pharma industry also expects an increase in the prices of medicines by 15-20 percent. Most of the production units for bulk drugs are situated in Zhejiang province in China, 600 km from Wuhan. Despite this, Zhejiang recently reported a 46-year-old man infected with the virus. He was later cured Considering the spread of the disease, China may also shut Zhejiang. In America, roughly 80 percent of bulk drugs used by commercial sources to produce finished medicines come from China. It will be a global problem if China starts shutting down its borders. In India, China supplies nearly 70 percent of bulk drugs and raw materials to make medicines. Some 354 drugs and drug ingredients were imported from China in 2017. Supplies of fermentation-based ingredients used to make most antibiotics and vitamins would be the most impacted.

Incidentally, respiratory viruses can be transmitted through the air in tiny, dry particles known as aerosols. But it’s not the major mechanism of transmission. Viruses prefer moist places and many stop being infectious if left dry for too long. So the fear of viruses getting through drugs is unreal. Antibiotics such as penicillin G (and other products based on it such as amoxicillin and ampicillin) and tetracycline and Vitamins C and D are based on drug ingredients made using the fermentation-based process, an area where China has achieved global dominance.

As every adversity is an opportunity, it is time India becomes self-reliant in making penicillin G and other critical ingredients for which it is totally dependent on China. We need to create a manufacturing base that has the backing of the government through policy enablers that incentivise Indian companies to invest in these areas. India is today completely dependent on China for penicillin G and this is not just for meeting the Indian market needs but also for supplies to the US. The Indian government should have made a provision for this in the Budget. We have the know-how as seen in Rifampic in which Mumbai-based multinational pharmaceutical company Lupin makes to treat TB. Incidentally, while fermentation-based ingredients are an important component of imports, China has also taken a lead in other chemical-based ingredients, including statins. India should learn a lesson from this crisis and ensure that its drug manufacturing does not get too dependent on China.

Lead: The coronavirus breakout in China can adversely affect the availability of bulk drugs in India/Photo: UNI