154,225FansLike
654,155FollowersFollow
0SubscribersSubscribe
Home Analysis On the Horns of a Dilemma 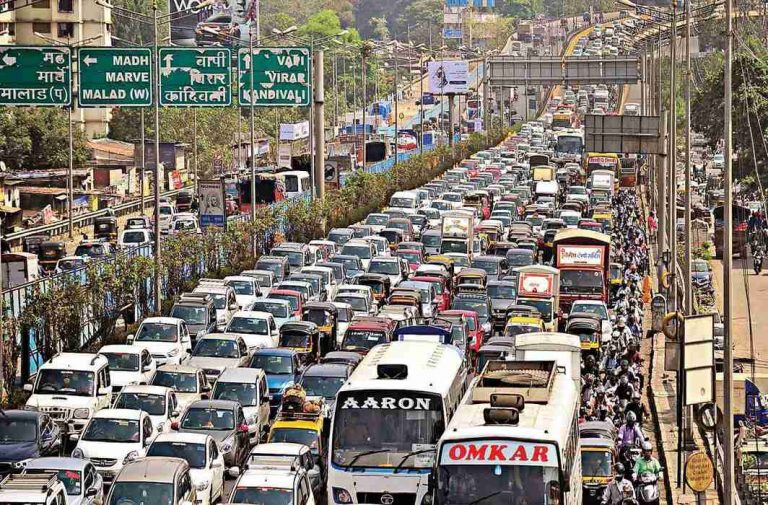 While the Mumbai police are taking punitive action against honkers, scientific measures and appeals to the civility and psychology of road users would work better in the long run

There are different types of drivers in the world—the impatient queue-cutter, the road hog, the bully, the go-by-the-book one and the compulsive honker. The last category is not appreciated anywhere in the world.

Disciplined drivers in many countries rarely honk, except in disgust as a reprimand or to sound an alarm. Nearer home, the honk is a signature tune and can be amended to suit every occasion. A honk ruins all serenity and civility on the roads. All over the sub-continent, be it for a wedding or a funeral, honking takes different decibel levels. If the light turns green, honk. To announce that you have arrived, honk. To overtake, honk hard. To call a friend from his flat, honk harder. To match a beat on the stereo system, keep honking. To caution a blind man crossing the road, honk again. The list can go on and on.

The Mumbai police has now devised a plan to nip this cacophony in the bud. A pilot programme launched last year is now being expanded. Under it, decibel meters will be installed at five traffic signals around the city to curb the menace of excessive honking. To spread awareness, the police tweeted a video explaining that if honking exceeds a certain decibel limit, motorists will end up spending more time waiting for the traffic light to turn green.

The Joint Police Commissioner (Traffic), Mumbai, Madhukar Pandey, explained that the decibel monitors were connected to traffic signals around the Island City, and when the cacophony exceeded the dangerous 85-decibel mark due to needless honking, the signal timer would reset, entailing double waiting time for vehicles.

The police had twice earlier conducted trials of this initiative and received a mixed response from the public which was confused as to why the signals were taking longer to change colour. Officials released the video ahead of the expansion in the hope of spreading awareness among motorists. The question is, can this work in other cities of India?

Taking a cue from their counterparts in Mumbai, the Karnataka police will also be implementing a similar project. Bengaluru Police Commissioner Bhaskar Rao reportedly said: “Though honking is not as serious a problem in Bengaluru as in Mumbai, we are planning to implement the system at major traffic junctions to inculcate road discipline.” Rao has reportedly tasked the joint commissioner of traffic police with identifying major junctions in the city for replicating the Mumbai model. Even otherwise, Bengaluru is known for devising new methods of traffic control and regulations. The city’s traffic problems have led many industries to shift elsewhere.

Chandigarh too has its own way of dealing with the menace of honking. The innovative superintendent of traffic of Chandigarh, Shashank Anand, has brought out new schemes in this regard. There was a drive launched in 2018 called “Make Chandigarh Honk-free Campaign”. It addressed road safety aspects like not blowing the horn unnecessarily, lane driving, right of way, not using pressure horns, not altering silencers, especially on motorcycles, not overspeeding, respecting the rights of pedestrians and cyclists, and other initiatives.

Anand said that more than 50,000 “I Will Not Honk” stickers were distributed among the general public. The Chandigarh Traffic Police also ran ads and appeals in leading newspapers, on FM radio, at multiplexes and through bulk SMSs.

“At present, we are making drivers of Ola, Uber and other taxi unions aware of this campaign. Awareness in various schools, colleges and public places is being spread through lectures and traffic marshals,” he told India Legal. In this regard, the traffic police is working in conjunction with various radio stations such as 94.3 MY FM and 93.5 Red FM, the Indian Medical Association Chandigarh, HDFC Bank, Chandigarh Rotary Club and Royal Enfield.

The police has also started enforcement against vehicles which blow their horns unnecessarily in silent zones. During this campaign, 700 challans were issued. Those caught honking can be penalised with a Rs 1,000 fine. Section 177 of the Motor Vehicles Act, 1988, prescribes a penalty for honking.

Elsewhere in the world, traffic is more regulated than in India. And it is not punitive in nature. Road users themselves take care not to flout norms. For serious violations, their licences can be cancelled or suspended for some time. Singapore leads all countries in this regard. There is no honking there and vehicles are so controlled by the state that one family can’t own more than one car. One has to qualify to get a Certificate of Entitlement which is a very costly affair. Thus, a road user cannot afford to lose his licence for traffic violations.

In Amsterdam, there is so much human traffic on the roads that one is more likely to be hit by a bicycle than a car or a tram. Forget honking, one won’t even hear the tinkle of a bicycle bell. Pressure horns are unheard-of there.

In western countries, emphasis is given to others’ right on the road. The right of way concept is “to yield” and “not usurp”. Any violation is unsparing. Yes, there can be some honking once in a while, but the driver seems justified in doing so and is seen as a victim of some violation by another driver. Hence, this kind of honking is generally discounted in favour of the honker and a mild reprimand is issued.

While driving from Seattle to Mount Rainier, I saw that people in small towns and cities en route had adopted highways. Littering on them was a crime. Even reporting an errant driver could call for a fine from him. Urinating on highways entailed a fine of $1,000. Even overtaking was allowed only if one could see the dotted white line ahead, otherwise one had to stay in queue. No one is allowed to change lanes unless it is not detrimental to other drivers.

Compared to the US, drivers in Canada are a bit casual. In the Netherlands, all highways passing through cities and towns have sound-cutters lest the traffic sounds disturb residents alongside. In London, no one overtakes a funeral van out of respect for the departed. Traffic in Bangkok is bad. But in Bali, despite a huge amount of traffic and fewer highways, there seem to be no violations. There are hundreds of bikes and scooters on the roads at any point of time, but no one honks. It was only in France that I once heard continuous blaring of celebratory horns. Onlookers were bemused and tolerant as it was a rare occasion.

Honking is a menace not only for healthy people but also for those who are ill. Honking near hospitals, educational institutions and religious places is a strict no-no. The Mumbai model may be good, but it is not a lasting solution to the problem. The need of the hour is to create constant communication with people about stopping this bad habit, quite akin to anti-tobacco campaigns.

The problem needs to be addressed effectively. Such endeavours could work provided they are designed according to the principles of traffic engineering. Rather than adopting a punitive approach, more scientific measures should be taken. Civility and appealing to the psychology of road users in recognising the rights of other commuters are the need of the hour.

Lead pic: Honking in traffic jams is a menace in Mumbai. The city police has installed decibel meters at vital intersections to detect horn noise. It has also put up signs, “Honk More Wait More”