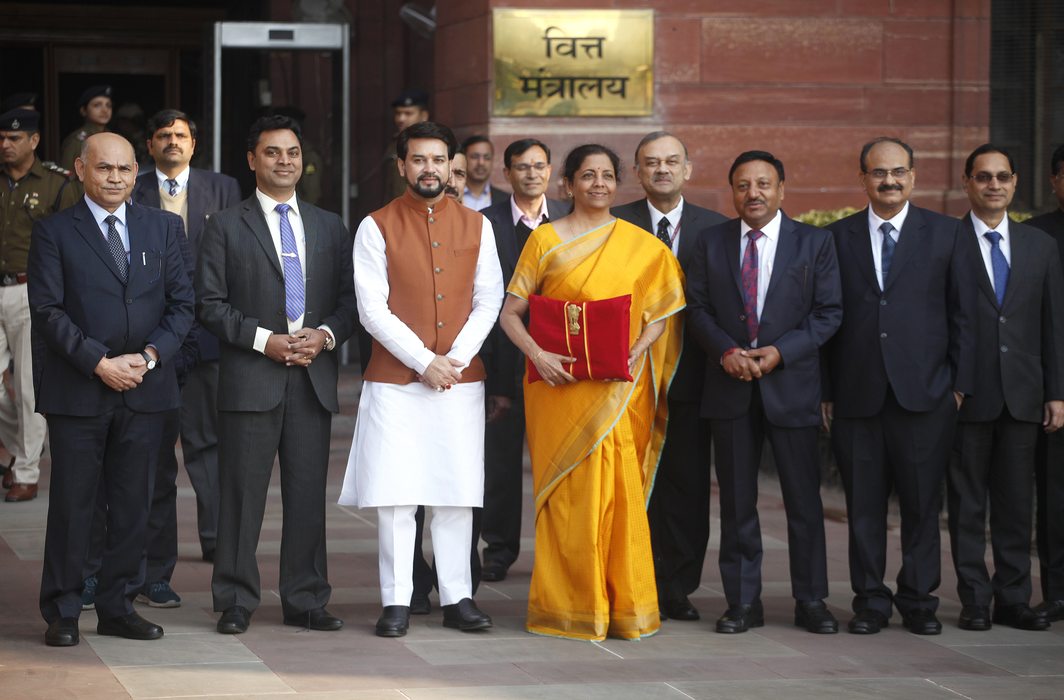 Even as CJI Bobde said that excessive tax haul would create social injustice, budget proposals are likely to mobilise indirect tax revenue. But these are inadequate for the projects outlined

Recently, while addressing the Income Tax Appellate Tribunal, Chief Justice Sharad Bobde said a few words of wisdom relating to tax evasion and excessive taxation. He said that while tax evasion by citizens is a social injustice, excessive and arbitrary tax collection can also be seen as a tool for creating social injustice by the government. Finance Minister Nirmala Sitharaman’s Budget proposals with a modest increase in indirect taxes seem to be in tune with what the chief justice had said.

The proposals are likely to mobilise indirect tax revenue to some extent. But they are not enough to help the government implement highly ambitious projects outlined in the Budget. Even the part about disinvestment in LIC would be too little. As for direct taxes, the proposals are mostly for reduction of tax rates like those in corporate tax and different slabs of income tax.

Sitharaman identified three components of Aspirational India—agriculture, irrigation and rural development; wellness, water and sanitation; education and skills development. The total budget allocation for all three would be around Rs 4,54,000 crore. On Economic Development, the first component is development and promotion of industry and commerce for which Rs 27,300 crore has been allocated. The second component is infrastructure, for which the National Infrastructure Pipeline worth Rs 103 lakh crore, to be invested over five years, has already been launched in December 2019. She informed the House that around Rs 22,000 crore had already been provided for the pipeline. Regarding New Economy, the minister explained that a policy to enable the private sector to build data centre parks will be brought out soon. BharatNet will link one lakh gram panchayats, and for that purpose, Rs 6,000 crore has been allocated. This will benefit hundreds of start-ups. Further, an outlay of Rs 8,000 crore will be provided over five years for the National Mission on Quantum Technologies and Applications.

Coming to the financial sector, the minister informed that in the past few years, the government had infused about Rs 3,50,000 crore by way of capital into public sector banks. There will also be a scheme of handholding support to select sectors like pharmaceuticals, auto components, etc., for which Rs 1,000 crore will be allocated. On financial markets, with specific reference to some areas of concern like deepening of the bond market, retail investors’ access to government securities, liquidity constraints and such, the minister assured that different proposals to address the issues were getting finalised.

She also announced transfer to the GST Compensation Fund balances which were due out of the collection from 2016-17 and 2017-18. It was also clarified that transfers to the Fund would be limited only to the collection by way of GST Compensation Cess. This is a significant decision and aims to reduce the stress on the centre in compensating states even when GST collections are below par. States may not like this decision.

Based on the estimated nominal growth of GDP at 10 percent, the receipts for 2020-21 have been estimated at Rs 22.46 lakh crore. Given the current economic slowdown, this estimate seems overambitious. On the other hand, going by the commitment of the government in respect of various schemes, there is an urgent need to revise the expenditure estimate—it has been pegged at Rs 30.42 lakh crore. The minister hoped that the measures proposed by her would spur growth.

Resource mobilisation to meet the huge expenditure for implementing these ambitious plans was also touched upon. This can be done through two sources—tax revenues and non-tax revenues. Tax revenues are of two types—direct taxes like income tax, capital gains tax, and so on, which are collected directly from individual taxpayers whose income is above a particular threshold and indirect taxes like GST, customs duty, etc., which are collected from suppliers of goods and services, and importers and exporters.

They, in turn, pass on the tax amount to consumers by adding it to the cost of the goods. Thus, any increase or decrease of taxes has a direct bearing on the cost or price of goods and services.

The biggest source of indirect taxes is GST which subsumed 17 indirect taxes of the centre and states in the pre-GST era such as central excise, service tax, state VAT, octroi, and so on.

Mention was made of simplified return formats together with electronic invoicing and improved input tax credit flow to be implemented as a pilot run from April 1, 2020.

Cigarettes and other tobacco products, except bidis, are the only GST items on which the minister has proposed to raise excise duty under the cover of National Calamity Contingent Duty. This is a rare instance where a levy has been proposed by the centre on the goods covered by the GST, apparently unilaterally. Until now, all decisions relating to an item covered by GST were taken jointly by the centre and states. It is hoped that this decision does not become a precedent and open the floodgates of individual states levying a separate tax on certain GST items under the cover of some other levy. This will distort the structure of GST. The constitutional validity of such a decision is also in question.

While laying down the proposal on customs, Sitharaman said that India had taken a quantum leap in the “Trading Across Border” parameter of Ease of Doing Business rankings by the World Bank and that its rank has improved from 146 to 68.

Stating that imports under the Free Trade Agreements (FTA) are on the rise and with it, undue claims of FTA benefits based on fraudulently obtained country of origin certificates, she stated that this had posed a threat to the domestic industry, besides leakage of customs revenue. Keeping this in mind, it has been announced that the Rules of Origin requirements will be reviewed, particularly for certain sensitive items. This will ensure that FTAs are aligned to the conscious direction of the government’s policy. This will immensely help customs officers in detecting FTA fraud.

She also proposed certain actions on revising customs duty rates in case of certain items of import. This was to give protection and encourage domestic manufacturers, including those in the Middle Small Micro Enterprises (MSME) sector.

Given that labour-extensive sectors in the MSME are critical for employment generation and that cheap and low quality imports are an impediment to their growth, the minister raised customs duty on certain imported items. For example, customs duty has been raised on footwear from 25 percent to 35 percent and specified furniture from 20 percent to 25 percent. Customs duty has also been revised on electric vehicles, parts of mobile phones, auto parts and chemicals which are also being manufactured indigenously. Further, to give impetus to domestic industry for medical equipment and devices and to generate resources for health services, she proposed to impose a “Health Cess” of 5 percent on imports of specified medical equipment.

On legislative measures, the minister also announced that provisions relating to “Safeguard” duties to protect certain industries against large imports and those relating to anti-dumping duties are being strengthened.

However, it will be a daunting task for the government to implement its ambitious projects with the limited resources at hand.

Perhaps a little more infusion of liquidity, thus providing more money in the hands of the common man, would have helped in faster recovery of the economy.

—The writer is former Chairman, CBEC and author of the book “GST Explained for Common Man”