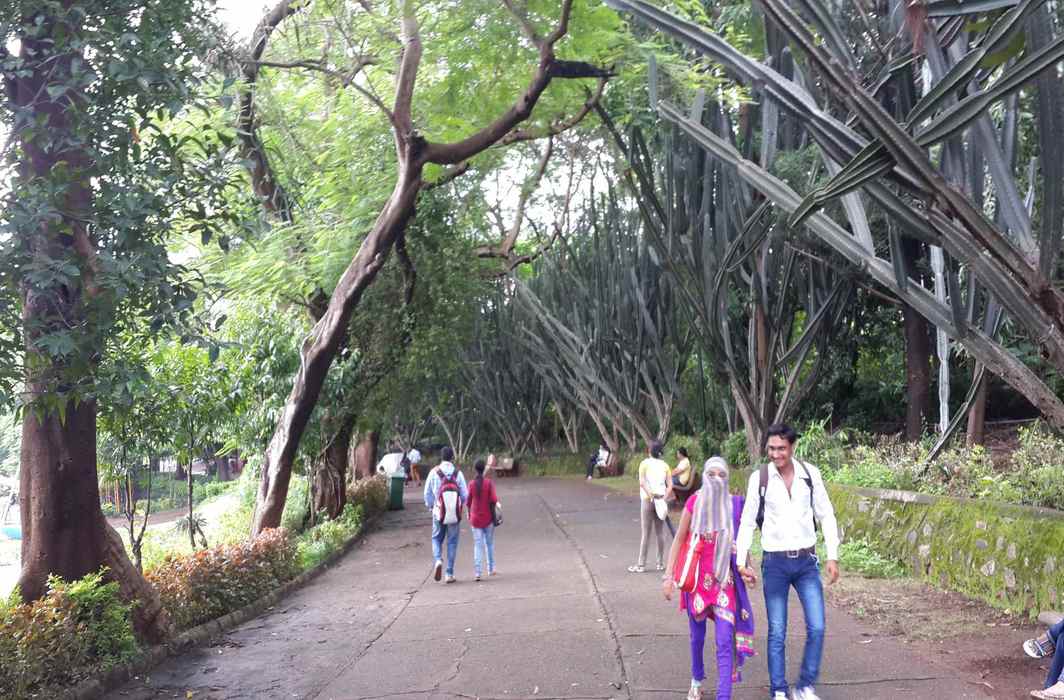 The setting up of the Metro rail car shed at Aarey Milk Colony, Mumbai has been a contentious issue. On the one hand, the project proponents and their former political masters were hellbent on building a very expensive underground Metro rail project—Metro 3—on the ground that this was a public infrastructure project and would result in thousands of cars going off the roads in highly congested Mumbai. According to this group, the only place available for the carshed was the land at Aarey Milk Colony. On the other hand, environmentalists said they were not opposing the Metro 3 project, only the use of the land in the Colony for the Metro car shed. They repeatedly said that there were other options available and it, therefore, made no sense to destroy thousands of trees, reclaim part of the catchment for the Mithi river (which is prone to flooding) and build a car shed and a Metro Bhavan in what was one of the important green lungs of the city.

The Aarey Milk Colony was set up by the government in 1949 with the aim of relocating all the stables in Bombay to the then distant suburb of Goregaon. It now comprises about 1,300 hectares of land. In 1969, about 2,076 hectares was handed over to the forest department for expansion of the Sanjay Gandhi National Park (SGNP). In 1977, another 200 hectares was carved out for setting up Film City. Land was also given to various central government organisations such as the Central Poultry Farm, Modern Bakery, NDDB and RBI and to state government institutions such as the Mumbai Veterinary College, Municipal Corporation of Greater Mumbai, Fishery Department and so on. Land was also leased out to Bollywood biggies for setting up film studios and “academies”. About 190 acres was also transferred to the forest department in 2017 for setting up a research breeding centre and zoo and for rehabilitating tribals from inside SGNP.

In addition, there is a sub-station and office block belonging to Adani Power and a huge chunk of 90 hectares occupied by Royal Palms. These include a 223-room five-star hotel, an 18-hole golf course inaugurated by the late Shiv Sena supremo Balasaheb Thackeray, a country club, four IT-based and other office buildings, bungalows and so on. More residential buildings, hotels, villas and a mall are in the pipeline. There has also been encroachment by slums. The transport department is also seeking land for a vehicle test track. The current controversy erupted over the proposed use of about 33 hectares for constructing a car shed for the Metro project. The site chosen involves the cutting of about 3,000 trees. There are also apprehensions that further plots will be allotted for construction of Metro Bhavan and other commercial buildings. The use of transfer of development rights entitlements cannot be ruled out.

In October 2019, the cutting of 2,300 trees in the dead of night by the project proponents caused an uproar. There were spontaneous protests and Aaditya Thackeray (now state environment minister) made a public commitment to stop the car shed from coming up at Aarey. Unusually for a politician, he persuaded his father, Chief Minister Uddhav Thackeray, to stay the construction of the shed. A committee comprising only government officers was set up to examine alternative sites, as also the viability of the Aarey site.

It is now evident that the bureaucrats have taken full advantage of the lack of experience of the young minister. The first mistake was not to include NGOs in this committee. The second was to allow it to function in top secrecy and not have public consultations. The third mistake is to keep the report of the committee a secret. Attempts by India Legal to get it failed.

Reading between the lines and from leaks to the press, the committee seems to have concluded that as the trees have already been cut and some reclamation work has already been carried out, it is pointless to look at alternatives. The committee seems to suggest that it is better to accept the Aarey car shed as a fait accompli. In ad-dition, it has come to the conclusion that setting up this car shed at any other location would lead to an increase in cost and would further delay this vital infrastructure project. However, it found merit in the argument that increased construction activity inside the Colony was impacting the rich flora and fauna in the region. It recommended that the state government notify the unbuilt green areas inside the Colony as a
no-construction belt. This is ironical. The area proposed to be used for the car shed is part of the very same eco-system. If the committee was of the view that increased construction is adversely impacting the flora and fauna, it should never have concluded that the car shed was the only viable option.

In fact, environmental groups spearheaded by the Save Aarey Movement had been crying themselves hoarse saying exactly the same thing for the past several years. There was no logical reason why the Aarey Milk Colony land, which is still covered with greenery, should not have been identified as “deemed forests” pursuant to the order dated December 12, 1996, in the TN Godavarman case. There is no logical reason why the car shed and Metro Bhavan plot were excluded from the Eco Sensitive Zone around the SGNP.

There is also no logical reason why the Metro 3 and Metro 6 projects have a common car shed. Just because both these projects are being implemented by different agencies does not mean that they cannot pool their resources, particularly as land within the city is at such great premium.

At the end of the day, it seems that, given the flawed constitution of this committee, and even though the director of the SGNP was a member of it, the conclusions that they have arrived at seem devoid of merit. The fact that an ecosystem cannot be valued in monetary terms is something I have written about in my earlier columns. Also, the health of millions of citizens cannot be measured, in the same way. It is not just the value of the carbon sequestration that is important—it is the oxygen provided, the pollutants absorbed and the habitat provided to other fauna that are also important. From what we can gauge, these aspects seem to have been completely ignored.

Lead pic: The committee probing the issue is likely to suggest accepting the car shed at Aarey