Home Analysis Why does Ice Cream have an 18% GST rate? 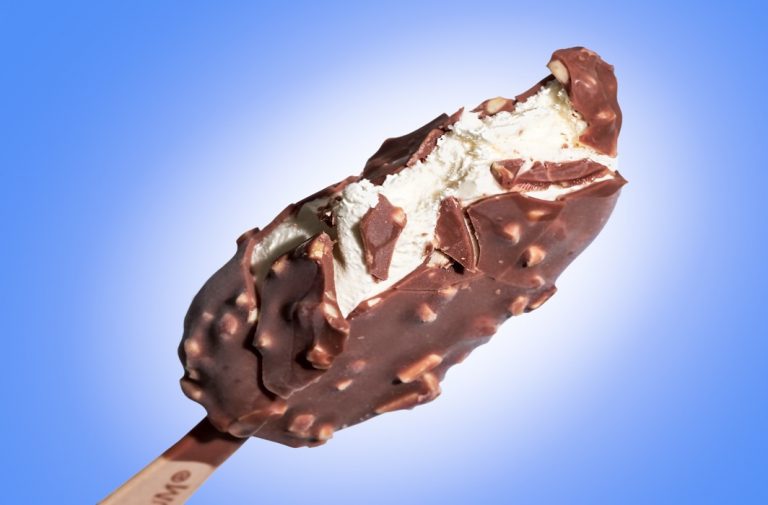 Ice cream, corn flakes, bottled water and toothpaste have an unlikely thing in common. A consumer purchasing these items must pay a Goods and Services Tax (GST) in India at 18%.

Other goods to which the 18% rate is applied include pasta, kajal pencil sticks, hair oils or eucalyptus/other essential oils, matchboxes, guns, nuclear reactors and machines for separating isotopes. The apparent reasoning for the taxation of packaged and processed foods at a higher rate of GST is that these goods are ‘luxuries’ relative to essential food items (such as vegetable, fruits and grains) or are consumed by a smaller and wealthier group of taxpayers as opposed to other food items (such as natural honey and meats or seafood of various categories) – the latter categories are taxed at a nil or low rate under the GST. A similar reasoning is extended to the levy of 28% GST on items that are perceived to purchased by taxpayers with more disposable income or exclusively during festivities, such as chocolates, cocoa powder, video games, fireworks, pan masala, lottery tickets and vacuum cleaners.

However, the above logic of categorization of goods under different rates of tax is subject to debate. The GST is not only a revenue-raising mechanism but also a fiscal measure to discourage certain forms of consumption considered harmful. Economic policies are based on ‘consumer sovereignty’, or the idea that a consumer is the best judge of his/her welfare, as long as their preferences do not actively harm other individuals. A government that seeks to encourage consumption and market development should have a strong basis under public health considerations in order to interfere with consumer choice of food items. Vulnerable communities that suffer from income insecurity are susceptible to consumption of harmful products such as alcohol and tobacco. In the same manner, if certain taxpayers do not have sufficient access to clinical health or appropriate medical advice, imposing an external cost on unhealthy food items is a useful measure.

It is not apparent whether all the goods that are taxed are ‘harmful’ and warrant a corrective tax, or ‘luxuries’ when consumers who are not necessarily wealthy may purchase such items. Is bottled water equally harmful to a nuclear reactor, especially when government agencies distribute them to victims in relief operations during natural disasters or warfare? Is the taxation of diabetic foods mixes at 28% an implicit penalty on citizens who suffer from a lifestyle disease? If the government wishes to espouse the well being of all citizens under the Fit India Movement, why does gym equipment continue to be taxed at an exorbitant rate of 28%? The case for levying a higher tax rate on such items appears to be based also on government greed. Even though these items are ideologically understood as luxuries, the consumption of these items isubiquitous. In other words, consumersof all income levels choose to purchase such items (and are sometimes compelled to purchase such items, such as diabetic mixes). But a higher GST collects public revenue from taxpayers regardless of their ability to pay, merely because of their choice to purchase goods that are ideologically considered as ‘luxuries’.

If the government wishes to address healthier food choices as a public health concern, it must have objective data of the health concerns citizens face.A policy addressing junk food consumption in a diverse population cannot be based on the conjecture that unhealthy food is consumed only be wealthier taxpayers, as was the case with the fat-tax levied by the Government of Kerala in 2016 on fast food. It is not correct to assume that poor households only eat rice and dals in order to satisfy their minimum calorie requirements. Data is likely to indicate that the choice of food with higher fat or sugar content may be prevalent among food-insecure households that are subjected to aspirational advertising, or taxpayers who work long and demanding hours to earn meagre wages or salaries.

Policy makers must then evaluate whether patterns of consumption of unhealthy food present a sufficiently serious case of government failure so as to impose an excessively regressive tax. Prolonged abuse of tobacco and alcohol adds significant healthcare costs in the later years of a user’s life, thus straining the financial resources and welfare of the user’s family. However, taxpayers who are otherwise healthy and aware of the elements of a healthy diet also purchase food that has high sugar or fat content. Despite comprehensive evidence of food consumption patterns, it may not be easy for a tax system to differentiate between serious cases of junk food reliance and healthy households with modest means that occasionally chose to indulge in acheat meal. Further, the higher prices that consumers must pay for packaged goods may discourage the entry and continuation of domestic manufacturers in the fast moving consumer goods (FMCGs) industry, thus making a noticeable dent in nation-wide economic development and industrial growth.

A value-added tax is an inappropriate mechanism in controlling an individual’s diet compared to intrinsic motivation. The Fit India Movement is a cultural movement with the laudable objective of creating soft incentives for individuals to lead a healthier lifestyle. If the government is keen on securing revenue through ‘luxury’ food items, itought to be forthcoming in its intention by levying a turnover tax on luxury brands (i.e. a tax on the sales made by luxury brands) of chocolates, ice creams and other delicacies. Such a move will undoubtedly be met with severe criticism from domestic and international suppliers in the FMCG industry as violating tax neutrality. Hence, the best design of an indirect tax is one that does not act like a dietician by imposing an unfairburden a taxpayer for the occasional snack.

—The author is an advocate and the Assistant Professor of Tax Law at National Law School of India University, Bangalore.