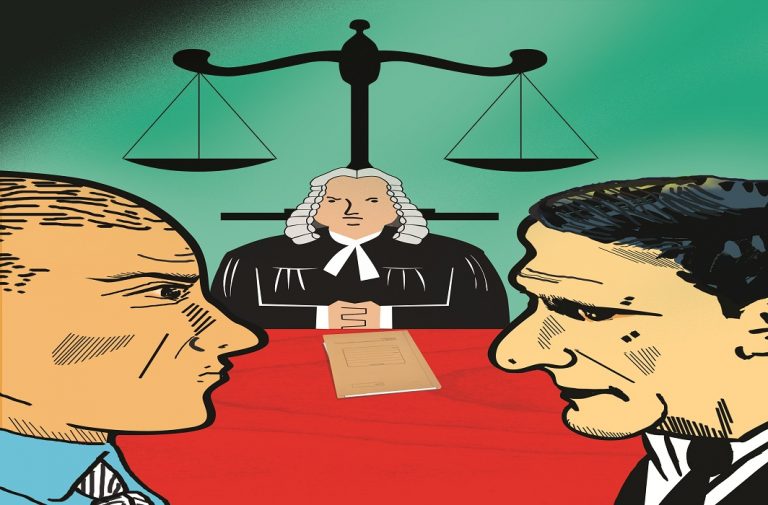 Former Law Secretary and Secretary-General in International Centre for Alternative Dispute Resolution (ICADR), a premier arbitration institution set-up under Societies Act in the capital, filed a petition in the Delhi High Court on March 6, challenging the Ordinance issued by the Centre on March 3, to replace it with New Delhi International Arbitration Centre. The petition disputes the constitutionality of this Ordinance.

The estimated worth of ICADR, including the land and infrastructure, is nearly Rs 500 crore. As per ICADR’s governing council meeting held on 17th July 2018, the Chief Justice of India was nominated to be the ex-officio chairperson of ICADR, who shall in the absence of chairperson preside over the meeting of governing council and the general body of ICADR. “Once all the moveable and immoveable properties of ICADR are taken over, the petitioner society will be left with nothing but a paper of registration…….. the undertakings of the society including all its assets and properties are being taken over or say acquired without paying any compensation to the petitioner society,” said the petition.

The Secretary-General, P.K. Malhotra, of the society received a letter March 3, from an officer in Law Ministry, requesting to deliver all the assets, books of account, registers and other documents relating to the undertakings of the society .

The petition said that there is no sustainable ground for taking over ICADR and replacing it with a new arbitration centre without any advance notice, as the former is a registered society and not an entity of the government. “It is settled law that an Institution can be taken over only if there are allegations of financial irregularities or mismanagement. There is no such case in the case of the petitioner’s (ICADR) society………. in the last 5 years not even a single penny has been received from the Central government either as grant-in-aid or otherwise and so no case for any takeover of the assets and properties of the society is made out”, said the petition.

ICADR was set-up in 1995 under the Societies Registration Act. The society is considered a pioneer in the field of Alternative Dispute Resolution and also an institute of national importance. It was established to promote, popularize and propagate alternative dispute resolution method to facilitate early resolution of disputes. The society is an autonomous organization working under the aegis of the Supreme Court of India with its Headquarters at New Delhi and Regional Centers at Hyderabad and Bengaluru.

The petition said that the society has established a vast network international arbitration and many prominent figures from legal and other fields participate in its General Body and Governing Council meetings. Establishing the financial credence, the petition said that all the assets and properties of the society have been created out of the subscription of its members, rental income and the other source of income from organizing training program, seminars, conferences, etc.; and there is no contribution from the government except the Grant-in-aid and a corpus of Rs. 3 crore and grant of Rs. 27.72 crore given in the year 1995 at the time of registration of the incorporation.

A source in the Law Ministry on the condition of anonymity said, “The government has refused to take care of liabilities of ICADR. The employees have been left in lurch. There is no ground or reason to take over all the assets, rights, powers and all the properties, funds, etc. by way of the said Ordinance. It is equivalent to blatant confiscation of property and belongings of a society”.

Elaborating on taking away the benefits of the employees, the petition said that the promulgation of the Ordinance has taken away their right without following the due process of law. The Delhi High Court is scheduled to hear the petition today.