The Aryan Khan drug case has once again raked up the bugbear of trial by media. Did media behave responsibly enough in reporting the case? Did it cross the lines of legal sanctity and ethical impropriety in its quest for ratings? Where the rights of the accused trampled by media blitzkrieg? Did media behaviour conform to the normative framework placed by courts in various pronouncements on trial by media? The India Legal show, telecast on APN channel and hosted by its Editor-in-Chief Rajshri Rai, tried to find answers to these questions. 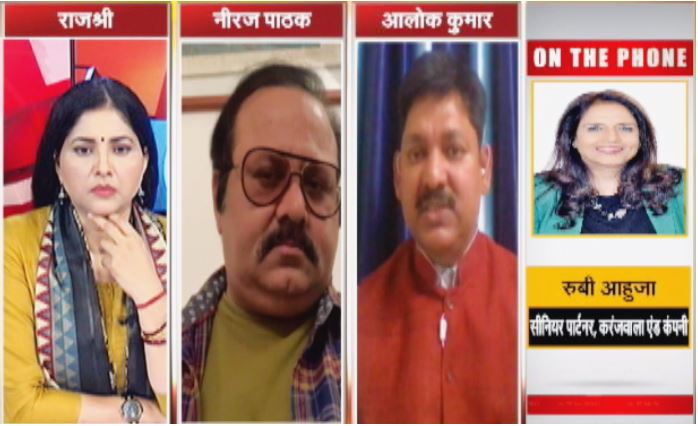 The overdrive witnessed during the Aryan Khan drug trial case has once again underlined the no-holds-barred media coverage of celebrity cases. As vigilante media pushed the envelope, trial by media started unfolding. Whether it was the interview of accused (Prabhakar Sail) or presentation of evidence (WhatsApp chats and video clips) prior to its presentation in the court, presumptions and norms of judicial trial were thrown to the winds. In the resultant media blitzkrieg, major news of the day lost its fair share of coverage. The celebrity case hogged the headlines and prime time, at least on television news channels.

The Mumbai drug case has once again displayed the conflict between the right to fair trial and media freedom. It has also laid bare our ambivalence for both support for freedom of the press and recognition of the potential of the press to influence trials, both positively and negatively. Justice Black of the United States judiciary had once remarked: “Free speech and fair trials are two of the most cherished policies of our civilization, and it would be a trying task to choose between them.”

India at this point of time doesn’t exactly face this predicament. It, however, views vigilante media as a usurper of the rights of the accused and a force that affects trial outcomes. Though scepticism abounds on the question of publicity and its impact on free and fair trial, the unrestrained media onslaught in celebrity cases has again and again raised the uncomfortable but pertinent question on media trial’s impact on judicial trial. This is despite the fact that not much empirical data exists to support the proposition that extensive pre-trial publicity does always lead to criminal convictions.

Justice MN Venkatachaliah, former chief justice of India and chief patron of India Legal, said: “If legal and logical limitations are adhered to media reporting it is not an impediment to the judicial process. California University had done a study on the impact of excessive press activity on legal proceedings. The study concluded that up to a point, it is a judicial-friendly process. However, beyond a certain point, the courts become suspicious of media intent. Our Supreme Court has also dealt with the issue in many of its judgements.”

It is a fact that hours before the bail hearing of Aryan, new WhatsApp chats surfaced allegedly showing that he discussed a drug sharing plan with two others. Another chat also revealed Aryan talking about weed with actor Ananya Panday. This has put media in the dock.

The irresponsible way in which a section of media has been conducting itself in sub judice matters is viewed as a matter of concern. Ruby Ahuja, a senior partner of Karanjwala and Company and a member of Shah Rukh Khan’s legal team for Aryan, said: “It is wrong on the part of media to release documents prior to court hearing. Media has to understand that it is dealing with the life and liberty of someone. Media can play a very supportive role, and in many cases, it does play a supportive role. But we have to understand that the outcome of cases are based on rational judicial decisions and if media tries to create an expectation of particular result, it is wrong. Society may expect a certain outcome which may not be forthcoming from the courts. The effort to manipulate public opinion by media is not a healthy practise.”

An independent and active press can be both an ally as well as a foe for fair trial. Media helps to ensure fair trial by revealing law enforcement excesses and acting as a watchdog. In many cases, important facts brought out by media during the trial period have turned the tide of a case.

Alok Kumar, a senior journalist, said: “Media is a watchdog. It is the fourth pillar. We have to be more responsible. Let’s not indulge in theatrics, we should stick to facts and place the truth as it is. We should put up balanced views of both sides. However, we shouldn’t forget that media has also constantly raised questions as to why Aryan was not getting bail. Media also raised its voice when drugs were seized at the Mundra port and asked for an inquiry. It has also asked why big drug  dealers are running scot free and hapless drug users are put to trial. So, in its own particular way, media has done its job as a watchdog.”

The media claims the right to investigate and reveal the truth under the fundamental right of freedom of speech and expression. So pre-trial media coverage is its right. However, the right to privacy is an equally important right and it moderates other rights as well.

In Siddhartha Vashisht vs State NCT of Delhi, the court made the distinction between trial by media and informative media. The case of Sahara vs SEBI underlines the frontier between legitimate comment and appropriation that affects the premise of innocence. As the lines between public and private get blurred by an unbridled paparazzi and when media goes overboard in reporting celebrity cases, charges of character assassination are often raised. Ruby said: “Character assassination happens in most of the celebrity cases. The accused celebrity doesn’t have a proper remedy. Defamation laws are weak in the country. He can’t come in front of the media as he is an accused. He has been told by his lawyers to not go in front of the media. So he faces the brunt of media attack.”

During the case, social media users believed that Aryan’s arrest was a “planned attack” towards Shah Rukh Khan because of his religion. Neeraj Pathak, film director, who comes from the Bollywood fraternity, shared its concern. He said: “If Aryan was not Shah Rukh Khan’s son would it have mattered that much to media? The downside of being an accused celebrity is that media focus can not only harm the trial but also soil the person’s image. There was no proof that Aryan had taken drugs, but it has been assumed that he is a drug addict, that he has nexus with drug mafia. Media should be balanced in its coverage. I think media indulges in a TRP game when it covers a celebrity. The person is most harmed. His character is assassinated and it takes long time to recover the image as public perception has been already formed by media coverage.”

It is a tightrope walk for media while reporting on sub judice matters. Courts, however, are clear that prejudicial publicity is to be avoided, but no blanket ban on media coverage is desirable. It can have a severe chilling effect on the freedom of press.

Alok Kumar said: “It’s good for media to question itself, to put itself in the dock. It is a healthy practice and leads to self regulation. But when questions are raised on media then it is time to introspect as well. If judiciary is being impacted by media coverage then this itself is a moot point. Moreover, media has become entertainment driven. It seeks to present news in a spicy manner. Entertainment has a loyal viewership. The entertainment channels have high TRPs. News channels seeks to encash on the entertainment quotient. But, we as media are aware of this and we are getting matured and cautious in the process.”

Factual reporting of a crime case and media trial are not the same. Media trial ensues when media foists unadduced “facts” and starts making its own conclusions. Naturally, the courts are averse to such parallel trials.

In Romila Thapar vs Union of India, the court held that reporting leaked information in on-going investigations, if it prejudices the accused, is also undesirable. Coverage of court proceedings in an unbiased manner is also a prime responsibility of the media. Here also facts have to be placed as it is.

Justice Venkatachaliah said: “The interaction between the court and the media is a very delicate relationship. In some cases, courts have objected to media coverage of court proceedings as not being truly reflective of what happened. However, this shouldn’t mean that media shouldn’t be allowed in courts or that we should not know what is happening in the courts. Media has to discharge its duty dispassionately and in a rigorous way.”

The argument boils down to misplaced media vigilantism which can generate prejudicial publicity affecting rights of the accused, and maybe fair trial. It’s a matter of reconciling the conflict between the right to fair trial and the right to freedom of speech and expression. The moderation of freedom of expression rights by the media can best come by self-regulation. Courts have provided the guidelines and media now has to walk the talk.