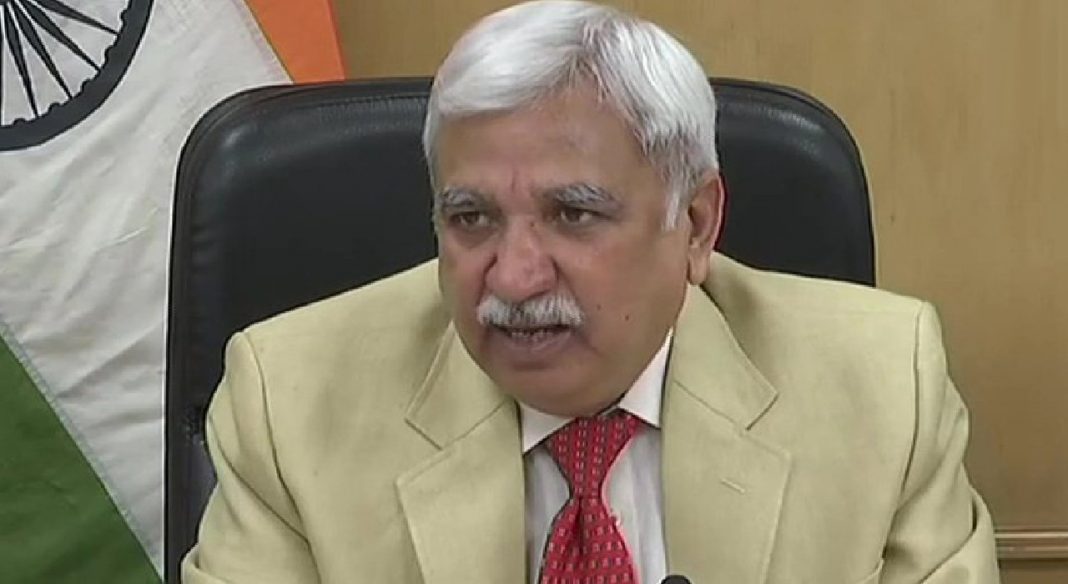 The BJP Chief Ministers of Maharashtra and Haryana, Devendra Fadnavis and Manohar Lal Khattar will both be eyeing a second consecutive term in office as the states elect new assemblies on October 21.

Addressing a press conference in the capital today, Chief Election Commissioner Sunil Arora  said that the counting will take place on October 24 and all results will be out by the end of the day. A total of 10.76 crore voters are expected to vote for the 378 seats that are stake in the two states together. While the term of 288-member Maharashtra assembly ends on November 9 that of the 90-member Haryana assembly expires on November 2. With the dates now announced, the model code of conduct takes effect immediately.

The ruling BJP and its ally Shiv Sena already started their campaign with Fadnavis  taking out a Maha Jan Aadesh Yatra last month to reach out to voters across the state. Fadnavis recently said looking at the huge support that his ‘Mahajanadesh Yatra’ received, the BJP will have an “unprecedented” victory in the upcoming state Assembly polls. “Wherever we go, the yatra is being welcomed by people and getting a huge response. Looking at the people’s support, we are sure that we will get an unprecedented victory in the Assembly polls,” he told reporters. The show closed yesterday with the Prime Minister Narendra Modi addressing a rally in Nagpur. The BJP won Maharashtra with 122 seats in the 288-member assembly, ousting the Congress government. Though the BJP and the Shiv Sena, long term allies, fought the elections separately following disagreements over seat-sharing. The Bharatiya Janata Party (BJP) emerged as the single largest party with 122 seats and the Shiv Sena, which also fought separately, secured 63. The Congress and Nationalist Congress Party (NCP) had contested the assembly polls in 2014 separately after sharing power for 15 years in the state.

Meanwhile, the Congress and NCP have already informally arrived at a seat-sharing formula.

Congress leader Prithviraj Chavan recently said the Congress and NCP will fight about 123-125 seats each and leave 41 for smaller allies. He added that seats may be swapped based on consensus between the two parties.

In Haryana, Prime Minister Narendra Modi kicked off election campaign earlier this month by praising Chief Minister Khattar-led government in the state “for fighting corruption and nepotism”. Modi, who addressed ‘Vijay Sankalp’ rally on the culmination of Khattar’s ‘Jan Ashirwad Yatra’, said the chief minister had given a new direction to Haryana.

After he expressed his gratitude to the people of Haryana for having supported the BJP in the recent Lok Sabha elections, the Prime Minister said the “jan aashirwad” (blessings) that people of Haryana gave to Khattar was an indication of the direction in which the state assembly elections would go.

Attacking the Opposition parties in Haryana, Modi said that the BJP government in the state had ended the era of nepotism and corruption, and had ensured polices of public interest, including giving jobs “on the basis of merit”, were implemented.