154,225FansLike
654,155FollowersFollow
0SubscribersSubscribe
Home Interview Back to the F... 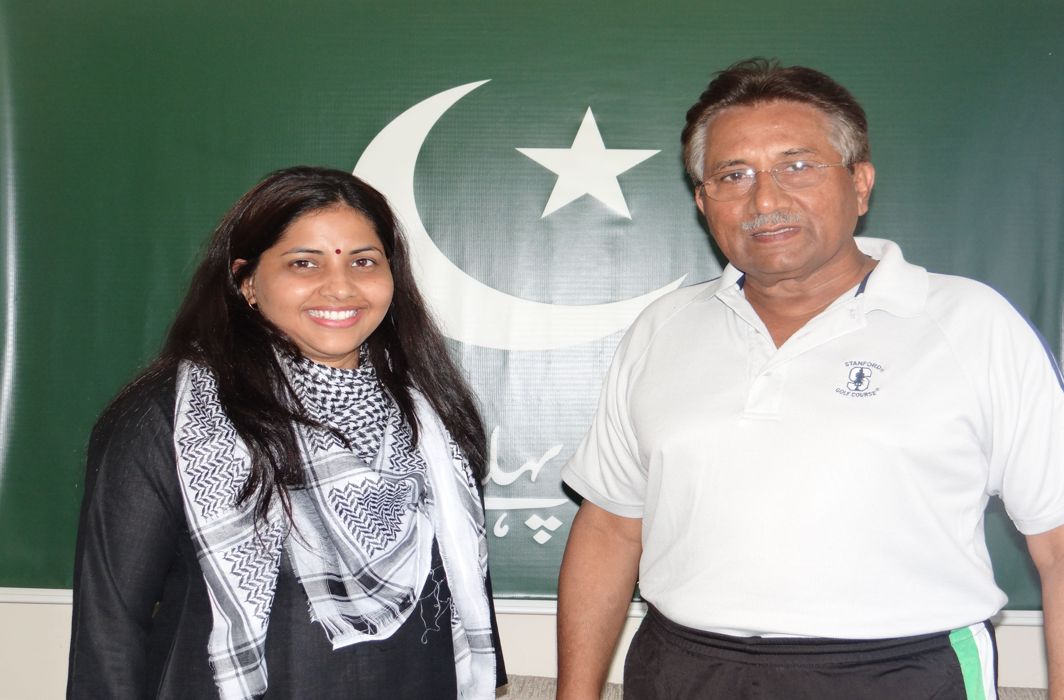 Above: Musharraf with Rajshri Rai at his Dubai apartment

Newly elected Pakistani Prime Minister Imran Khan has expressed his desire for a peaceful resolution of all outstanding issues with India, including a solution to the elusive Kashmir problem. The last time the two countries came close to a solution was during the Agra Summit between then Pakistan president, GENERAL PERVEZ MUSHARRAF, and Indian prime minister AB Vajpayee. The summit failed but now Pakistan says it is preparing a proposal attempting to “resolve” the Kashmir issue, describing the draft as a “model for conflict resolution”. Minister for Human Rights Shireen Mazari spoke about the plan during a TV talk show, but did not share the details of the proposal. However, Musharraf, in an interview to APN editor-in-chief RAJSHRI RAI in Dubai, which was published in India Legal in July 2014, had revealed that at the Agra Summit, both sides had agreed to the LoC becoming the official border. Is that the basis of the draft that Pakistan says it is preparing? India Legal reproduces the interview and his version of the proposal and how the Summit was sabotaged. Excerpts:

You were popular in Pakistan and a successful president. What went wrong?

I failed in dealing with hardliners. I wanted to deal with them firmly, but my colleagues preferred a softer approach. There was a considerable delay in sending troops to Lal Masjid—almost a year. And those who had initially supported me in sending the troops later started criticising me. Just as those who had initially supported Indira Gandhi when she imposed Emergency, later rose up in opposition. But, I have no regrets. I did what was in the best interest of Pakistan.

What were the reasons behind your decision to attack India (Kargil War) when Nawaz Sharif was in talks with India to improve relations?

No doubt it was a mistake, which cost both India and Pakistan. Although I have maintained that Pakistan was not to blame for the Kargil conflict, but to tell the truth, Pakistan’s army was involved. The Indian border in that region was very porous and suited our purpose. But Nawaz Sharif is lying when he says he had no knowledge about the attack. He was told everything.

Why did talks break down during the Agra Summit in 2001?

A dialogue between India and Pakistan depends upon the personalities who are leading the countries. For example, a Manmohan Singh-Asif Ali Zardari talk won’t yield any result because both are weak personalities. In my view, dialogue between Indira Gandhi and Zia-ul-Haq and between Rajiv Gandhi and Benazir Bhutto could have yielded results. Similar equation existed vis-à-vis Atal Bihari Vajpayee and me, because he was a popular leader with a tremendous grasp over political matters and he wanted a lasting solution to the problem.

On the other hand, I might have erred, but during my tenure in the army I had seen so many people dying. Kargil had been under my direct control for 20 years. I know this region like the back of my hand. In my view, the time was just right for talks—in fact we had agreed upon the line of actual control (being the official border) during our talks. But then entered Lal Krishna Advani and ruined the whole thing. I was very upset and wanted to return without meeting Atalji. But my diplomatic team advised me to meet him before leaving. I asked him: “Is there anyone more important than you in India and Pakistan? But had I known this, I would have done my homework on that person.” Atalji remained silent, and then patting me, said that someday a solution will be found.

Many Indians believe that you have tried to vitiate the atmosphere in India through the ISI.

(Interrupting) More powerful than ISI are RAW and IB. ISI is nowhere in comparison; it pains me that what the ISI does in India, RAW and IB do in Pakistan.

Why do people accuse you of working as a stooge of America?

Do you really think so?

Of course. If that was not the case, why was Natwar Singh removed? The Volcker Report had been made public as early as 2001 and even the Vajpayee government had not acted on it. But, the same report suddenly became important (in 2005) on account of (Natwar Singh’s) opposition to the nuclear deal. All that Natwar Singh did was to write a letter to Saddam Hussain, in which he mentioned knowing the bearer of the letter. He was not even an MP then. I would not like to say anything else.

Narendra Modi is emerging as a popular leader. If he becomes the prime minister after the 2014 elections, what will be the future of India-Pakistan relations?

I have never met him. From what I have read, it’s not a positive image, but I have also heard that he has done a lot of work in Gujarat. I will be able to comment on him only if I get a chance to meet him. Just like I did not have a positive impression about Vajpayeeji, but after meeting him my impression changed and we used to converse on phone too.

How do you visualise things if Modi becomes the prime minister of India?

Why didn’t you provide adequate security to Benazir Bhutto in 2007?

I was wrong there. But Benazir wanted permission for security from abroad. In my understanding, it was not possible to give permission to a foreign security team to safeguard a Pakistani national. But now I think I should have deviated from the convention.

“His Leadership Will be C...

“Depriving a citizen of h...