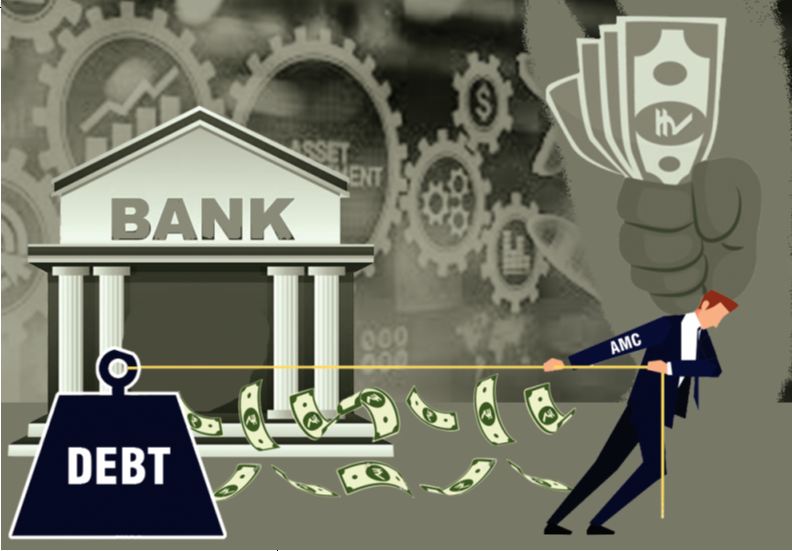 A bankers’ panel is working on faster resolution of stressed assets in public sector banks. The new concept will, they claim, help resolve the problem of large bad loans.

One fine day, a new company, called the Sashakt India Asset Management Ltd, will take responsibility of all the bad loans of PSU banks, cleaning up their balance sheets just like Surf Excel does with your soiled clothes. We’ll all be happy, the world will start afresh. The dream project, a shuddhikaran mantra, will, supposedly, magically rid our banks of their biggest ill, the debilitating mountains of bad loans or non-performing assets (NPA) that have all but crippled the system. Except, that it won’t.

The number of bad loan accounts expected to be moved from the banks’ books to the books of the new, shudh Asset Management Company (AMC), called Sashakt India Asset Management Ltd, is about 200. These are accounts that owe banks Rs 500 crore and more. The total exposure is about Rs 3.1 lakh crore, according to one report. The report quoted Sunil Mehta, chairman of a bankers’ panel which is working on faster resolution of stressed assets in public sector banks, as saying that the new AMC will help resolve the problem of large bad loans for state run lenders.

It is understandable that this, basically, will be an elaborate exercise in window dressing of the banks’ books. The banks, apparently free of the albatross around their necks, will be leaner, meaner and more adaptable to changes and challenges of the new age, to new government policies and new demands.

Great, so what happens to the bad loans? Will they just be erased from all books? Is that even possible? No. They will keep festering, being treated with discounts and disinfectants to reduce their intensity. One fine day, these sores will burst. That could be the real mayhem.

How did banks handle bad loans before this new arrangement? Chartered accountant Rakesh Maheshwari explained to this columnist that each bank used to have asset reconstruction divisions, which had its own people manning it and this division would try to contain the rot in the company, and restructure assets and loans. This is an age-old management principle, and has borne fruit across boundaries.

However, in PSU banks in India, this did not happen. Dau Dayal Maheshwari, former general manager of Bank of Baroda, explained the method. He said: “Our bank (BoB) had about 20 such asset management branches all across India, where these bad loans were parked. That experiment was unsuccessful.” This was happening, even with the small NPAs of yesteryear.

“Then came a time when asset management firms were set up by banks, with, say, three-four banks holding equity in one asset management company, which was actually a Special Purpose Vehicle (SPV),” said Maheshwari. If the Reserve Bank and the NCLT allowed, the banks would shovel bad loans and connected assets into this company, which the SPV would buy at a discount. “Bad loans of, say, Rs 1,000 crore and assets would be sold to these SPVs at a deep discount of, say, Rs 400-500 crore. But even this proved unsuccessful.”

What is the work of an AMC or ARC? Physical assets, such as land, could be removed from the company books and repurposed, sold for recovery. The company as a whole could either be turned around and sold at a profit or broken up into parts and sold. For all that, every obligation to creditors would have had to be legally serviced. Till such time, the banks would be laden with the liability.

Thereafter, however, the NPAs reached such Himalayan proportions, that these small AMC or ARC ventures found it way beyond their pay grade. The liabilities were way beyond their assets, the reason the companies were becoming bankrupt in the first place. That is when the government of India, the big daddy of all, decided to bring in the big bulldozer, Sashakt India Asset Management Ltd. The new company will simply scoop out the bad loans from the books of the banks. This new company would, as Maheshwari feels, be a conglomeration of all existing AMCs and ARCs, or a mint-fresh one, but the procedures would be the same. This means that the banks, again, will have some equity. The government is actively scouting for other investors, through another new entity, the Alternate Investment Fund (AIF), which will fund the AMC.

So far so good, but there are two problems that need to be addressed. First, with the massive asset-liability imbalance, there will still remain a very large proportion of the bad loan that needs to be repurposed. Secondly, what happens to the creditors, especially those sundry creditors of the company who, by every business and accounting ethic, have to be paid first?

The issue of the creditors looks pretty sad, Maheshwari concedes. “They, probably, will never see their money,” he said. In fact, they might even lose their legal right to demand payment. The courts will have to intervene, and litigation will carry on for months, defeating the very purpose for which the AMC had been set up. To understand what might happen to the other part, one needs to look back at the scary situation that had developed in the build-up of the humongous sub-prime mortgage debacle in the US in 2008.

The similarity between the two is in the mountain of bad debt and how markets deal with it. The entire housing bubble in the US was financed with mortgage backed securities which not only offered higher interest rates, but also attractive risk ratings from rating agencies, which were made to believe that the reconstructed collateralised debt obligations (CDOs) were actually safe, earning AAA ratings. When it is found that much of the bad debt really cannot be accommodated into the asset reconstruction process and this is most likely to happen it will exist as hanging fire.

Winston Churchill had once said: “Never let a good crisis go to waste.” This can easily apply to this situation. It would be easy to repackage these uncollected monies into collateralised debt obligations, exactly as it was done during the sub-prime crisis and sold with AA or AAA ratings. Rating agencies have always been pretty pliable. This exists in the realm of possibilities. Frankly, if the earlier AMCs and the ARCs could not handle these, what new accounting principle has been invented in the interim that can solve this problem?

The entire system seems to be ripe for a CDO. These NPAs will have a synthetic place to breathe, and the public in general can be lulled into believing that our banks are safer now. Only till such time when the weak picket fences are torn down. Remember, India isn’t a country backed by greenbacks, the world’s currency.