In the book “Politics, Religion and Judiciary in India”, which has been published by Har-Anand Publications Pvt Ltd, DR HANS RAJ BHARDWAJ  speaks eloquently about the role of religion in India, how politics has often interfered with religion and how the judiciary has attempted to set things right. Born in 1937, Dr HR Bhardwaj earned several accolades during his four- decade-long career in public life. His first brush with fame came in 1978 when he defended Indira Gandhi, Bansi Lal and Sanjay Gandhi in the special courts set up by the Morarji Desai government. From thereon, there was no looking back as he worked in several capacities—as a Congress leader, MP and minister of law and justice. He was first elected to the Rajya Sabha in 1982, and subsequently, received this honour on four more occasions. He also enjoys the distinction of having the second longest tenure as law minister and has served three prime ministers—Rajiv Gandhi in 1985, PV Narasimha Rao in 1991 and Dr Manmohan Singh in 2004. He also served as governor of Karnataka from 2009 to 2014. Excerpts from the book:

Turn to the great institutions of our country and you will see that too often, behind their imposing facades, the spirit and substance lack viability. The work they do sometimes seems strangely irrelevant to the primary concerns of the masses. Attempts are made to taint the electoral process at its very source. Issues of crucial national importance are frequently subordinated to individual sectional and regional interests. Our legislatures do not set standards for other groups to follow; they magnify manifold the conspicuous lack of social ethic. A convenient conscience compels individuals to meander from ideology to ideology seeking power, influence and riches. Politician parties twist their tenets, enticed by opportunism. The best lack all conviction and the worst are full of passionate intensity….

The greatest task ahead of us today is to protect the cohesive society which has been nurtured by us. Those at the high echelon of power should realize that India’s unity lies in harmony of religions. Prof. Hiren Mukherjee, M.P., an outstanding Parliamentarian wrote to another outstanding Parliamentarian Shri Atal Behari Vajpayee on 5 June 1989: “My dear Atal…There is aggravation of forces endangering not only the stability but also the very moral-political entity of our India. Our people’s patriotism must not prove bankrupt. In political life, you and I differ on many basic issues. Even so, during long years together in Parliament, there has grown between us much mutual regard and, yes, also affection. This is why I ask you, with all the fervor of which I am capable, to help in overcoming the perilous Ramjanmabhumi-Babri Masjid and allied problems….

There were serious snags, to my mind, in your then concept of Bharatiyatva, but you have come down to that of Hindutva (also voiced earlier), forgetful of bruising and breaking the crystalline ‘unity of diversity’ basic to our history which, in spite of our failings, lends it a luster that is unique. I felt terribly hurt—believe me—when I saw press reports that instead of an honourable settlement of the Ramjanmabhumi-Babri Masjid issue you support the idea of a massive new temple on the site, with consecrated bricks on the basis of an all-India pan-Hindu campaign….

Please, dear Atal, how can you connive at or acquiesce in a course which, in its likely consequences, is so grievous to our future? It was difficult to trust my eyes as I read reports that your own ‘Bharat ki Khoj’ (‘Quest for India’) had convinced you that India can survive only as a ‘Hindu rashtra’, that courts cannot decide the issue of Ramjanmabhumi, and that the mosque on the site should be demolished to make room for a temple on the spot….Like you, Atal-bhai, I have been born and brought up in a Hindu home. Like you, I am proud —why not?—of my Hindu heritage. But I am far prouder—let me shout from the house-tops—of my ‘Indian’ heritage, the legacy of a civilization where Hindu and Muslim together have reached an enchanting synthesis, in spite of many dreadful wounds inflicted by history….

We have been subjected to conquest, to spoliation, to arrogance, but where else than from India can the world learn tolerance and gentleness of the mature mind, the quiet content of the unacquisitive soul, the calm dignity of the understanding spirit and a unifying, pacifying love for all living things? Isn’t the present unholy furore over Ayodhya something to be settled peacefully, perhaps by a court decision or by government declaration of the site as a national monument, rather than by confrontations and challenges likely to ignite communal passion?…”

The Supreme Court of India saved secularism in the country. The country faced very anxious moments when communal frenzy broke out following the demolition of the Babri Masjid at Ayodhya on 6 December 1992. The Government headed by Prime Minister P.V. Narasimha Rao had no option but to dismiss all the BJP ruled State Governments and impose President’s rule. Upholding the proclamation under article 356 the Supreme Court observed: “What happened on 6 December 1992 was no ordinary event; it was the outcome of a sustained campaign carried out over a number of years, throughout the country and the repercussions not only within the country but outside as well. It put in doubt the very secular credentials of the nation and its Government. The immediate need was the restoration of the faith of the people in the impartiality of the administration.” The Supreme Court of India came to the rescue of the nation.

In the historic S.R. Bommai’s case (1994) 3 SCC, 1 the Supreme Court imposed stringent conditions for using Article 356 for imposition of President’s rule in State, but held that secularism is the basic feature of Indian democracy. The power of Judicial review of administrative and statutory action is perhaps the most important development in the field of public law in second half of this century in India, it is exclusively judges made. The Supreme Court held that religion must be restricted to sphere which legitimately pertain religion and the rest of life must be regulated, unified and modified in such a manner that we may evolve, as early as possible, a strong and consolidated nation. Our first problem and the most important is to maintain and produce national unity in this country. We think we have got national duty. But there are many factors and most important factors which still offer serious dangers to our national consolidation, and it is very necessary that whole of our life, so far it is restricted to secular spheres, must be unified in such a way that as early as possible, we may be able to say, Well, we are not merely a nation because we say so, but in effect, by the way we live, by our personal law.

The Supreme Court reiterated that secularism is a basic feature of our Constitution. While freedom of religion is to all persons in India, from the point of view of State, the religion, faith or belief of a person is immaterial. To the State, all are equal and entitled to be treated equally. In the matters of State, religion has no place…. 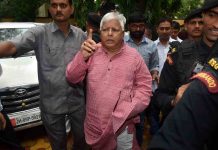 The Cases That India Forgot: An Incisive Look 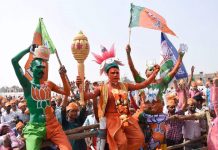 Supreme Court Verdict: Back to Square One, if not Minus One 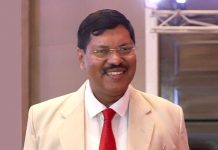 Directive principles and the courts