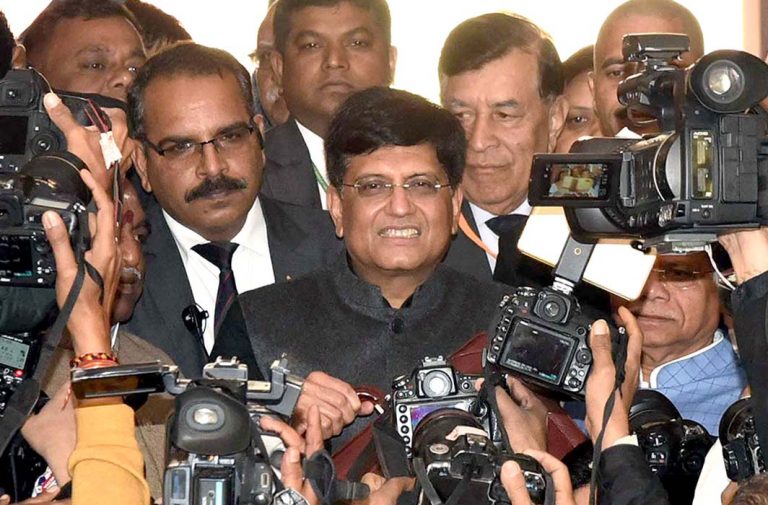 Union minister Piyush Goyal, who was given additional charge of the finance portfolio recently after Arun Jaitley underwent surgery at a New York hospital recently, began his budget speech, on Friday (February 1), asserting that he was presenting an interim fiscal statement, a vote-on-account. What followed, however, was a nearly comprehensive full budget aimed at reclaiming the political ground that Prime Minister Narendra Modi and his BJP seem to have been losing over the past two years on account of growing joblessness, rural distress and an increasing agrarian crisis.

Since this is the last budgetary exercise of the incumbent government before it seeks a renewed mandate in April-May, Goyal should have, as per parliamentary conventions, presented an interim budget – making provisions for government expenditure to last for the coming three months before the Lok Sabha poll results, due in May, throw up a new mandate. However, Goyal’s budget focused on populist announcements and schemes aimed at winning over disgruntled voters.

Former finance minister P Chidambaram has described the budget thus: “It was not a Vote on Account. It was an Account for Votes”, while Modi, his colleagues in the Union council of ministers and the entire rank and file of the BJP has predictably lauded Goyal for a “historic and balanced budget” that addresses all concerns of India’s economy. Goyal’s cabinet colleague, Union minister Jayant Sinha, was perhaps most honest in his assessment of the budget, declaring that he gave “100 on 10 to this Budget” as it “will ensure we (the BJP) get 400 seats” in the upcoming Lok Sabha polls.

Here are key highlights of the Union Budget 2019: