Above: CM Pinarayi Vijayan had recommended to the Centre that senior IAS officer Raju Narayana Swamy’s services be terminated/Photo: facebook

Raju Narayana Swamy is not a run-of-the-mill IAS officer who crammed his way into the civil services. A computer science engineer from IIT Chennai, Swamy’s curriculum vitae boasts several firsts, among them first rank in the All India Civil Services exams in 1990, All-India first rank in GATE (Graduate Aptitude Test in Engineering), first rank at the Lal Bahadur Shastri National Academy of Administration, Mussoorie, in 1993, first rank in Post Graduate Diploma in Business Law (West Bengal National University of Juridical Sciences, Kolkata). The list is long and to add to that, he is a crusader against corruption.

That perhaps explains why the Pinarayi Vijayan-led Marxist government in Kerala had to put in limbo its earlier decision to recommend to the centre that the senior IAS officer’s services be terminated. The public outcry that followed forced even the normally unflappable chief minister to backtrack. A lobby comprising corrupt IAS officers, reportedly with the blessings of their political masters, are allegedly behind the move. Already facing a massive trust deficit which was reflected in the recent elections when the ruling Left Democratic Front could win only one of the 20 seats from the state, the government was clearly fearful of alienating the people further.

Swamy accused the government of being vengeful as he has exposed the corruption in the Coconut Development Board (CDB). “If the state government goes ahead with the move, I will have no option but to fight it legally,” said Swamy. The Additional Chief Secretary-rank IAS officer has 10 more years of service left. Swamy, known for his staunch stand against corruption, was an IAS topper of the 1991 batch.

The government’s initial decision to recommend the termination of Swamy’s service was based on a report that listed several charges against the officer including unauthorised absence from office, non-performance and his failure to intimate the government about his whereabouts after completing his tenure as the chairman of the CDB. But Swamy retorts: “What provoked those in power was my strict stand against corruption. There was corruption worth crores of rupees in the CDB and when I suspended an officer in the wake of unearthing of corrupt deals, those in power wanted me to stop going after corruption. As I was unrelenting they wanted to remove me.” Swamy had taken charge as chairman of the CDB on August 8 last year but was repatriated to his parent Kerala cadre seven months later. “This is against central orders that an IAS officer should not be removed from the post before the completion of a minimum period of two years. I was removed from the CDB just seven months after the posting.”

Agriculture Minister VS Sunil Kumar denied that the state government had ever contemplated terminating Swamy’s services. “The state government should not be dragged into the issue. We have no power to terminate an IAS officer. Also, there is no such plan to recommend it,” he said. On the charge of non-performance alleged against Swamy, Kumar said that far from being a non-performer, Swamy had an excellent record as the Agricultural Production Commissioner. The minister had reportedly given the officer a 9.1 out of 10 score in his annual confidential report. On charges that he had not joined duty in the state immediately after the repatriation back to his cadre, Swamy said the state government was aware of the fact that he had moved the Central Administrative Tribunal (CAT) challenging the repatriation from the post of chairman. “If I join the state government, my case in the CAT would become infructuous. The case has been slated for consideration on July 5. And I am hopeful of a favourable order,” Swamy said.

Swamy is no stranger to controversy. During the last Marxist-led government that ruled the state from 2006 to 2011, he had to face similar treatment. Thanks to then Education Minister MA Baby of the CPI(M) who held a grouse against the officer, one morning when he came to the office, Swamy found himself stripped of all duties, his official vehicle withdrawn and without even a cubicle as a workplace.

During the anti-encroachment drive in the picturesque Munnar hills that then Chief Minister VS Achuthanandan personally led, Swamy played no mean role. This in turn earned him the wrath of the official faction of the CPI(M) led by Vijayan and the Congress and Kerala Congress leaderships which had also been the patrons of the encroachers.

Swamy says the latest action against him may have something to do with the many cases of corruption that he had unearthed in the Bengaluru and Kolkata offices of the CDB. Teakwood worth crores of rupees was cut illegally from a farm owned by the CDB in Karnataka’s Mandya district. “This is reward for the strong action I took against such fraud and corruption,” he said. Swamy had served in five districts in Kerala as district collector and as agricultural production commissioner besides serving in various other capacities. He also served in the Election Commission as observer in several states.

Swamy’s is not an isolated case of the incumbent government trying to muzzle upright officers. The state’s former Director General of Police (DGP) TP Senkumar had to file a contempt of court case in the Supreme Court that saw the state reinstating him as DGP. Another DGP, Jacob Thomas, has been under suspension for over a year for taking an open stand against corruption. As the most senior IPS officer in the state, Thomas should have been appointed DGP (law and order) on the retirement of Senkumar, but instead was put in charge of vigilance, while Loknath Behra, Thomas’s junior, was appointed DGP. Thomas’s fault lay in the fact that in a case involving undue favouritism, he took a strong stand against Industries Minister EP Jayarajan, a confidant of the chief minister. Later, he was suspended for criticising the lapses in the spending of the 2017 Okhi cyclone relief fund. It’s been past a year but he is yet to be reinstated. Worse, when he submitted his application for Voluntary Retirement Scheme, the government responded by extending his suspension besides registering a vigilance case against him.

Relations between the bureaucracy and the tough-talking chief minister have always been frosty and the collateral damage it can wreak on administration is something that cannot be dismissed. Many junior IAS officers are a frustrated lot with brilliant officers being forced to go on long leave. “A good number of IAS officers are finding the going tough under the present government. They are being humiliated publicly if they act against corruption, or if they don’t dance to the tune of crass politicians belonging to the ruling party,” a retired bureaucrat told India Legal.

Clearly, Swamy’s misfortune is shared by many of his contemporaries. 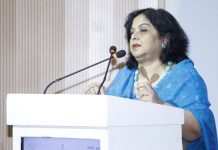 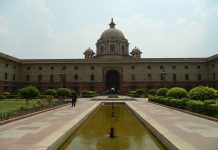