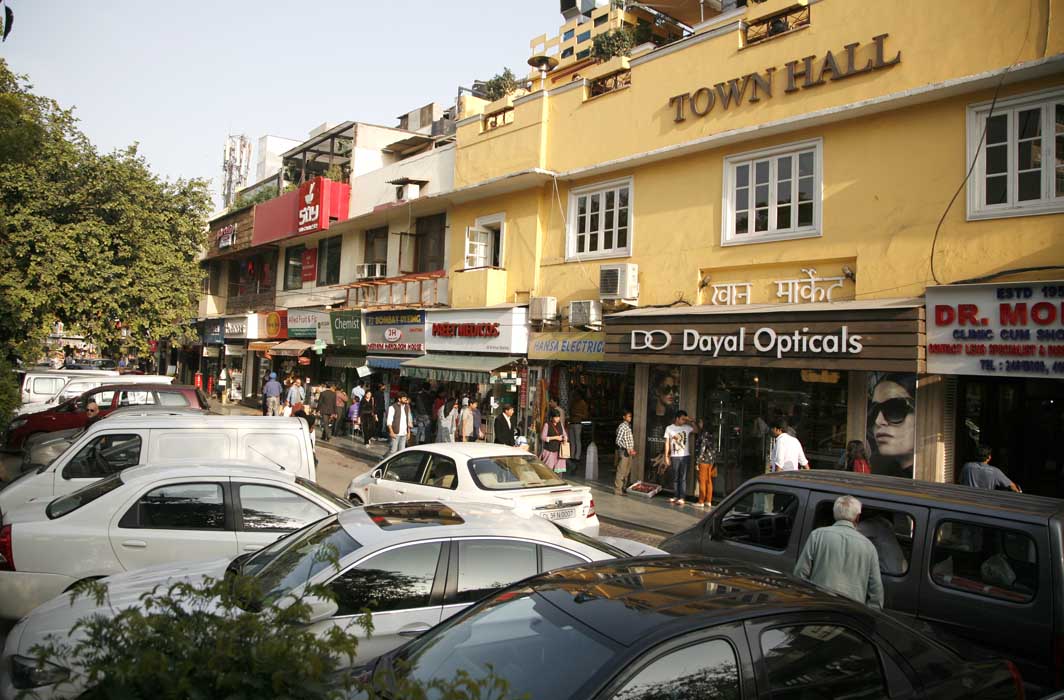 It has been my favourite haunt for decades, partly because I happened to live in a series of residences which were in close proximity but mainly because I liked the buzz, the compact nature of the layout, the restaurants, shops and the retail choices on offer, despite knowing they were overpriced. By now, most of the shopkeepers recognize me and a little special treatment adds mightily to a shopping expedition.  My initial lure were the bookshops, Bahrisons, with all its history and atmosphere, the original Book Shop (now in Jorbagh) where one could listen to jazz and bump into Arundhati Roy, William Dalrymple, Upamanyu Chaterjee or other writers of note. Then there was, and still is, Faqir Chand, a treasure trove if you dug deep enough, and the more recent entrant, Full Circle with Cafe Turtle as added lure.

I worked in an office in the heart of Connaught Place for many years but it never instilled the same impact and loyalty that Khan Market did, and still does. I suspect the reason was the crowds, so sneeringly reviled by the PM as liberals, as if it were a heinous crime. In Connaught Place, the crowds were decidedly non-liberals, most were not there for shopping or the restaurants, but more like visiting a tourist attraction where one could stroll around the famous corridors and ogle at the goods on offer. The introduction of the Metro has turned it into the equivalent of a pedestrian rush hour, quite the opposite of Khan Market which attracts an upscale clientele from all over south Delhi who are libtards, to use current terminology, in outlook and ideology but maintain a safe distance from fellow shoppers. And they do come to shop, or eat or pick up exotic foods from the ever-inventive grocers, vegetable sellers and bakeries. They are not a gang, just random people with taste and an appreciation for the finer things in life. English is widely spoken here, as the tourist brochures say, and the type of people range from industrialists and their families, to MP’s and politicians (Rahul Gandhi and Farooq Abdullah are regulars), bureaucrats and young, affluent corporate types looking for the latest gadgets and a meal in one of the excellent eateries that have sprung up all over. Why the Prime Minister should consider them a threat boggles the mind—these are successful people with no hardcore political agenda accept to appreciate the cleanliness of the toilets in the complex and not be overly bothered about the amount in the GST column of their bill.  The power of politics does permeate—the day I went on one my regular visits was the day after Narendra Modi made his remark about the Khan Market gang. The entrance had been turned into an archway of green, white and saffron balloons while nearby a couple posed in front of the nearby Khan Market sign, taking a selfie.

Robinhood allows you to trade US stocks without commissions, and there are no fees for withdrawals or inactivity. In addition, it provides a user-friendly mobile trading platform and web interface. So, we believe that this crypto broker definitely deserves your attention.....
Read more