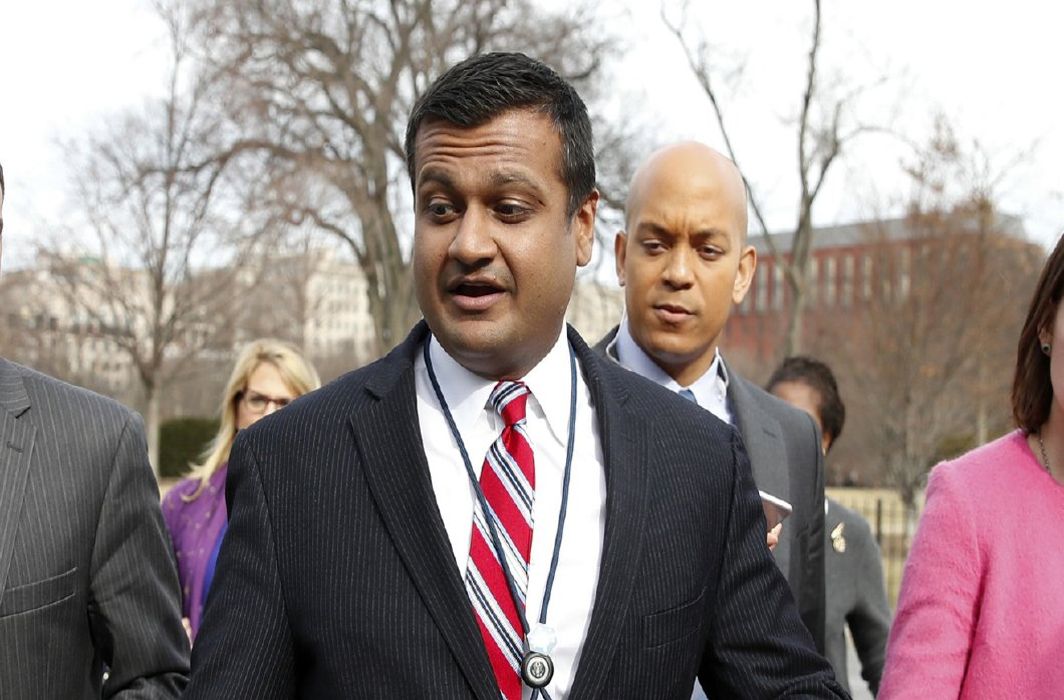 The highest ranking Indian-American in the White House Press Room, Raj Shah was once a bitter critic of US President Donald Trump

White House Deputy Press Secretary Raj Shah will fill in for Press Secretary Sarah Huckabee Sanders on Friday (February 9) in the James S. Brady Press Briefing Room at the White House. Before joining the administration, Shah called President Trump “deplorable,” and also worked on campaign ads against him. Ironically, he is now the highest ranking official of Indian-origin in the White House Press Room and has emerged as one of the most vocal advocates of the Trump administration.

Here’s everything you need to know about Indian-American politician Raj Shah:

Shah is the White House Principal Deputy Press Secretary and Deputy Assistant to the President, but he has appeared regularly as a White House surrogate on TV. Representing the White House on television is usually reserved for more senior staffers.

In an interview with National Public Radio after the State of the Union, Shah said Trump’s speech was “unifying.”

“I do think it was a very unifying address. There was a lot that Democrats could have embraced. They seemed unwilling to want to,” he said to host Steve Inskeep.

He has supported and promoted Trump’s immigration views.

“Illegal immigration can pose a public safety and terrorism threat to the United States. That report reinforces that point,” he said to Chris Cuomo.

Shah was born in Connecticut in 1984 and attended Brien McMahon High School, where he was named as an Ettinger Scholar. He volunteered for Representative Chris Shays and attended Cornell University, where he received his bachelor’s degree in Government in 2006.

Shah is presently the highest ranking Indian-American to work in the White House Press Office.

New York magazine had obtained private messages that showed Shah having once called Trump “deplorable” during the Presidential Election campaign in which Trump was pitted against Democrat Hillary Clinton.

On October 7, 2016, after the Washington Post published the Access Hollywood tape, in which listeners can hear Donald Trump discuss harassing women, Shah sent a message to Andrew Hemming, a senior RNC officer. He said: “I’m kinda enjoying this, some justice. I honestly don’t think it’s the worst thing he’s done but he somehow got passes for the other acts,” according to New York. He added, “Trump is a deplorable.”

The year before, Shah worked with Hemming to create an ad for the Jeb Bush campaign. On December 15, 2015, he sent an email with a CNN transcript where Trump speaks positively about President Obama and Hillary Clinton. Shah asked Hemming for footage of the interview, which was provided and used in a Jeb Bush campaign ad titled “Happy Anniversary, Donald!” released on the seven-year anniversary of the CNN comments.

During high school, Shah volunteered for Representative Chris Shays and interned for Senator Joe Lieberman. He cast his first vote for George W. Bush, and interned in the White House in 2005. In 2010, Shah worked as campaign spokesman for New Mexico candidate for Governor Susana Martinez.

During the 2012 election, Shah was working as deputy research director at the Republican National Committee.  He then left to co-found America Rising, a right-wing political action committee.

During the 2016 election campaign cycle, Shah worked for Jeb Bush’s campaign, then rejoined the RNC in February 2015, working on opposition research.

Shah joined the Trump administration almost immediately after Trump took office. He was first Deputy Communications Director and Research Director at the White House, before being promoted to Deputy Press Secretary.