The CBI had applied for a go-ahead from the high court to prosecute the retired judge on April 16, 2021, officials said. 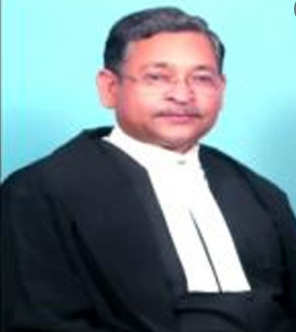 The probe agency had registered the case in December 2019 against the then sitting judge of Allahabad High Court, Justice Shukla, and former Chhattisgarh High Court judge I.M. Quddusi for allegedly favouring a private medical college.

The CBI had applied for a go-ahead from the high court to prosecute the retired judge on April 16, 2021, officials said.

The matter is related to a 2017 case where the agency had also arrested Justice Quddusi. Shukla, then a sitting judge, was arraigned as an accused along with six others in an FIR registered on December 4, 2019.

According to the CBI FIR, the Prasad Institute of Medical Sciences was among 46 colleges barred by the government from admitting students for two years due to lack of facilities in 2017. The FIR said the college’s petition was heard on August 25, 2017, by a division bench of the court comprising Justice Shukla and a favourable order was passed the same day.

The then Chief Justice of India, Ranjan Gogoi, had written to the Prime Minister in July 2019, asking him to initiate a motion in Parliament to remove Justice Shukla and also order a CBI probe. An in-house inquiry committee ordered by the Supreme Court has suggested his removal because of his involvement in judicial irregularities.

After the in-house committee, in 2018, found him guilty of judicial irregularities, he was removed from all judicial and administrative work. He was also debarred from entering the Allahabad High Court.