In an effort to reintroduce cheetahs to India, 50 of them will be translocated from Namibia and South Africa. This is the first such effort to relocate them and the first batch will stay in Kuno National Park, MP. 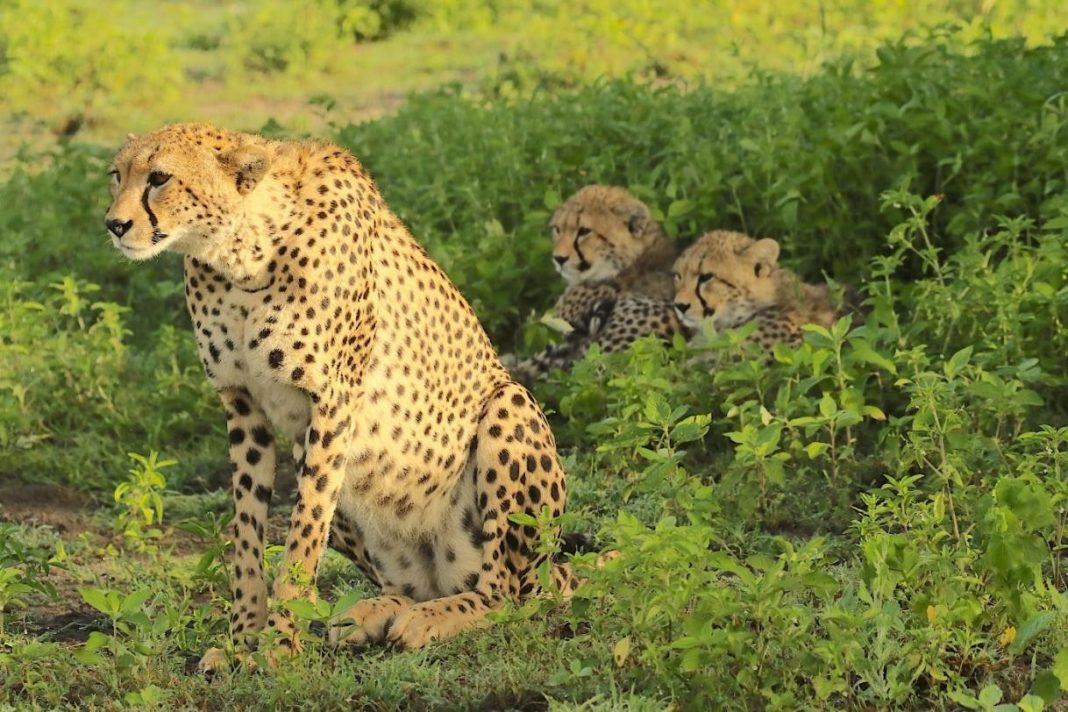 Cheetah, the world’s fastest animal, which became extinct in the 1950s from the subcontinent, is all set to make a comeback to Indian jungles. These animals are native to Africa and Asia. In 2009, the government tried to procure the Asiatic cheetah from Iran. When the plan did not materialise, the government turned to Namibia. In 2010, researchers from the Wildlife Institute of India, Dehradun, and the Wildlife Trust of India, Noida, assessed this plan’s feasibility, identified possible reintroduction sites and weighed its benefits.

Recently, the environment minister, Bhupendra Yadav, announced that as many as 50 cheetahs would be translocated over the next five years from South Africa and Namibia. He tweeted: “The cheetah that became extinct in independent India, is all set to return. Launched an action plan for reintroduction of cheetah in India at the 19th meeting of the National Tiger Conservation Authority” (NTCA).

This is the first such effort to relocate cheetahs. Initially, the plan was to reintroduce cheetahs in 2021. However, it got delayed due to Covid-19. The idea to bring back the species was first conceived in 2009.

Translocation of species is often prone to failure. While relocated species struggle to survive in a new habitat, in some cases, they turn invasive, affecting the local ecosystem. Moreover, recent studies have shown that the genetic divergence of Indian and African cheetahs goes back to 72,000 years, making them a distinct subspecies.

Cheetahs, however, are said to be highly adaptable animals and settle well in new habitats. One such example of successful relocation comes from Malawi in East Africa. Malawi translocated four cheetahs in 2017 after they became extinct in the late 1980s. It now hosts at least 24 of them.

Several sites have been selected to host cheetahs in India. Among them, the first batch of eight cheetahs will arrive and stay in Kuno National Park (KNP), Madhya Pradesh this year. KNP is the most recommended site in India due to its favourable habitat consisting of mixed woodland-grassland spread across 730 sqkm.

Cheetahs also need an adequate prey base, which KNP could facilitate. Experts say that the only drawback is less availability of land area as the cats survive best in habitats ranging between 5,000 sqkm and 10,000 sqkm.

“The primary aim is to establish a free-ranging population of cheetahs in and around KNP. Further, this population in KNP will be managed as a metapopulation with other two to three established populations of cheetah in India with occasional ‘immigrants’ brought in from Africa, as and when needed,”

“A long-term (at least 25 years) cheetah programme involving financial, technical and administrative commitments needs to be guaranteed by the central and the state governments to adhere to the Action Plan. Cheetah conservation should become a part of the mandate of the NTCA and under the Project Tiger Scheme of funding by the Forest Ministry. Financial commitments should be flexible to accommodate rational changes to translocation and population establishment plan during implementation and subsequent monitoring,”

Among the prominent aims, the first is to establish breeding cheetah populations in safe habitats across their historical range and manage them as a metapopulation. The plan involves vaccination of all dogs in the vicinity to prevent the spread of rabies. Once selected and transported, the method of soft release of animals into KNP will be applied wherein the cheetahs will be kept in predator proof enclosures for a month or two with prey availability before being set free in the open. This method would reduce their tendency to disperse long distances from their release site and help them adapt to the area.

All the cheetahs would be fitted with satellite/GPS/VHF collars enabled with a ground data download facility. Radio-telemetry would assist in daily monitoring of the newcomers’ movement, behaviour, predation, conflict and mortality. The collaring of individuals will be reduced or eventually stopped after the third generation of the cheetah population.

The Ministry of Environment, Forest and Climate Change also aims at using this opportunity for eco-development and eco-tourism to enhance local community livelihoods and to manage any conflict by a cheetah or other wildlife with local communities expediently through compensation, awareness and management action.

Laurie Marker, executive director of the Cheetah Conservation Fund in Namibia, in an interview to a reporter, had said: “In general, cheetahs have good adaptability to survive in a variety of ecosystems. In a translocation process executed carefully in stages, they will smoothly adapt to the new environs.”

She also cautioned against mistakes such as leaving the animals without any support and monitoring after translocation in the forest areas. “Selection of wrong animals definitely leads to failure irrespective of the other factors such as merits of location, the project or the local community,” she said.

About 12-14 cheetahs (8-10 males and 4-6 females) from various parks/reserves/areas that are ideal for establishing a new cheetah population would be imported as required from South Africa/ Namibia/other African countries, as a founder stock for five years. If the introduced cheetahs do not survive or fail to reproduce in five years, the programme needs to be reviewed for alternative strategies or discontinuation, says the action plan.

Cheetahs became extinct from India for several reasons, primarily hunting, habitat shrinkage and less prey availability. The wild cats are now primarily found in South Africa, Namibia and Botswana, which support a population of about 7,000 cheetahs.

Cheetah population diminished sharply in India since 1900; they were last spotted around 1967-68. However, this is not the first time efforts have been made to reintroduce the animal. In the 1970s, plans were made to import around 300 cheetahs from Iran; however, it was not executed.

Apart from this project, the government has taken steps in the past to conserve tigers, elephant, sea turtles, dolphins, etc. Project Tiger is a centrally sponsored scheme launched in 1973 for the conservation of the Indian tiger which is endangered. For this, the National Tiger Conservation Authority was constituted. The programme started with nine tiger reserves, and is presently 20. Tiger census occurs every four years.

Project Elephant was launched in 1992. It is implemented in 13 states. Under this, 88 elephant corridors were set up. Haathi Mere Saathi scheme was also launched by the environment ministry in partnership with the Wildlife Trust of India.

Similarly, the Sea Turtle Project was launched by the ministry in collaboration with UNDP in 1999. The Olive Ridley Turtle visits India during winter. The implementing agency of this project is the Wildlife Institute of India.

In Project Dolphin, the ministry notified the Ganges River Dolphin as the National Aquatic animal. It was listed in Schedule I of Wildlife Protection Act 1972.