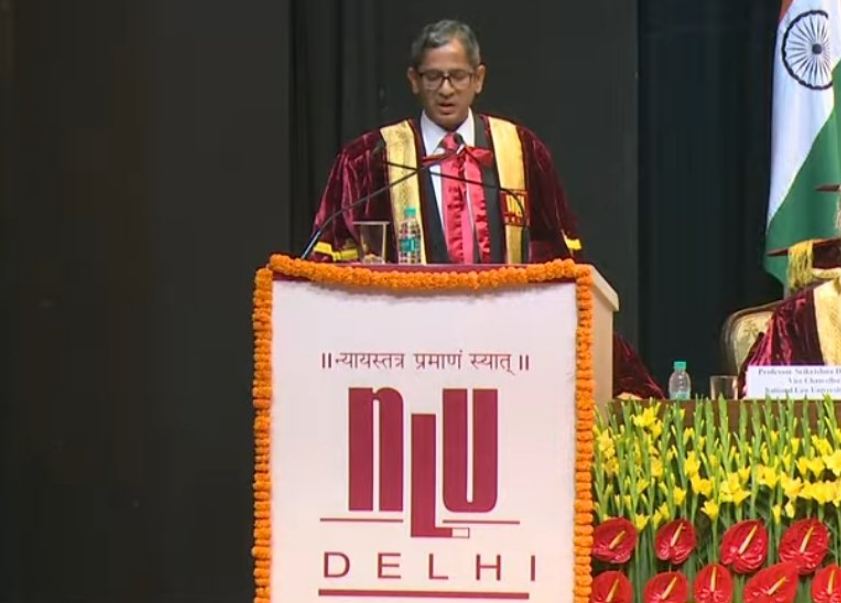 Chief Justice of India Justice N.V. Ramana on Thursday said political consciousness and well-informed debates among students can steer the country to the glorious future envisioned by the Indian Constitution.

Delivering the 8th Convocation Address at the National Law University Delhi, CJI Ramana noted that no significant student leader had arisen over the last few decades. This, he said, was because students were shying away from taking up social causes.

He said students have been the face of the Indian Independence movement. Following which many social revolutions and changes were brought about by politically and socially conscious students who raised their voice against existing inequities.

Stressing upon the responsibilities of the youth, CJI Ramana said when the youth become politically and socially conscious, the basic issues of education, healthcare, food etc would come into focus in the national discourse. The educated youth, who have a special responsibility, cannot remain aloof from social reality. A responsible youth is vital for strengthening democracy, Ramana said.

Focusing on today’s youth, the CJI said the youth of today is driven by idealism and ambition. Idealism without ambition will not achieve any positive results. Ambition without idealism can be dangerous, he said.

Unfortunately, the focus nowadays is on professional courses and equally important subjects such as humanities and natural sciences are totally neglected. In order to secure highly remunerative and profit-generating opportunities, children are being sent into exile in private residential schools and professional coaching centres, he said.

Making a pointed remark at the charge of elitism against students from NLUs, CJI Ramana said most students of National Law Universities end up in corporate law firms even though such laws firms are an important part of the legal landscape. It is unfortunate that a comparable addition is not being made to the ranks of lawyers practicing in courts, the CJI said.

Talking about the fundamental distinction between the business and legal services, he said business’s sole objective is to make money but in the legal profession making money is incidental.

He said students cannot live in isolation. They are the guardians of freedom, justice, equality, ethics and equilibrium.

Read the CJI’s full speech below: