The judge was faced with a difficult trial and handled it the best she could. She decided it systematically and gave a summary of rape cases to remind herself of the principles which must be kept in view. 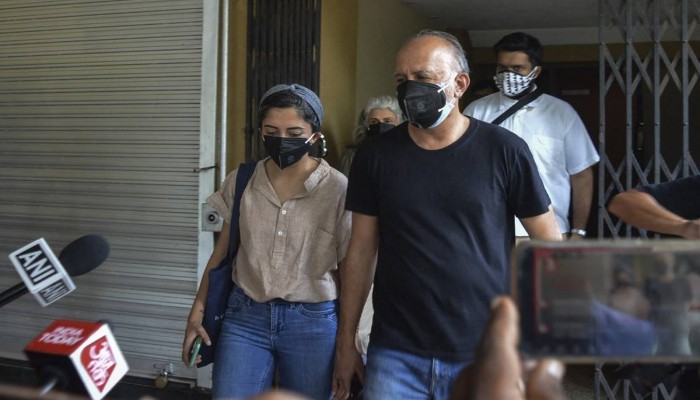 All crimes must be punished. The more sickening the crime, the more sadistic, cruel, pre-planned and calculated the act, the graver the punishment. No crime should go unpunished if we want to control crime and save people from hurt and violence and provide security to the citizens, particularly the vulnerable sections of society like Dalits, women and children. Quick and condign punishment must be our goal.

Two minutes, at best, in a moving lift, a man sexually assaults a woman, forcibly violates her, someone who is his daughter’s age and her best friend. What a horrible man and what a terrible thing to happen to the young woman. A two-minute encounter can be described in two minutes or five or ten. The woman keeps quiet for many days, though she does tell some friends, but does not report the crime to the authorities because she is scared of her boss, she may be fired if news leaks out.

The man calls it “drunken banter”, but does not deny he forced himself on her. Says he misread the mind of the woman and apologises. Law requires the police to collect evidence and the prosecution to prove the charges. The man has to prove nothing at all. He can deny everything and wait for witnesses to testify, cross-examine them and make holes in their testimony. And then wait for the verdict.

After seven years and six months, dozens of witnesses and 527 pages, we get to know that the man was not guilty. If the matter had been reported to the authorities the very next morning, investigators would have collected evidence, interviewed witnesses, collected the clothes the woman was wearing and seen the CCTV coverage. Investigation over, the man would have been arrested, charges framed, tried and conviction would have definitely followed.

So what went wrong? Too much legal advice from too many legal brains. The woman had nothing to worry about if she had given the true facts without  embellishment and exaggeration to a woman police officer or a magistrate or even to a senior colleague in her office. And done this without delay. But not after 10 days. The authorities would have taken care of the case and law shall have taken its proverbial course. Which it inevitably did, but with drastic consequences for the victim.

What was a very tough case for the defense became a cakewalk because the victim just went on and on giving lurid details about what the man did. In such cases, the judge reads and re-reads each and every page before making up his or her mind. The judge also observes the demeanour of the witnesses while they are in the witness box.

Unfortunately, our public discourse in cases relating to crimes against women is so one-sided and hysterical that everyone who is someone, feminist, activist, academician, intellectual or just a plain busybody, jumps into the fray to have their say, their 15 minutes of fame. Then all hell breaks loose. Talk shows, prime time debates, newspaper editorials. All have their own views and their own stories to recount about harassment of women, their own experiences about the state of lawlessness on the crowded streets, catcalls men make, remarks they pass. No woman is ever safe, is the constant refrain.

On a warm spring afternoon in the UN Headquarters in New York, my colleague and I headed for lunch and entered a lift to go down three floors. The lift was crowded. A tall statuesque lady walked in wearing her country’s national dress and a turquoise head dress. She was most probably a junior diplomat from a West African country.

My colleague, a sitting judge from Uruguay, was at least a foot shorter than the lady, but was irrepressibly gallant with women. Every morning, he would bring flowers for our three lady law officers and deliver them with aplomb, a kiss on each cheek. No one minded this Latin American chivalry. So in the lift he remarked to the lady: “I am a judge and I hereby charge you for being very beautiful, you may plead guilty.” She laughed, everyone laughed, no offence was taken. Late in the evening, this may have passed as drunken banter.

Trials involving crimes against women have to be dealt with in a special way, with special care. A young woman raped by a brute, in a most cruel and ghastly way, has to take the witness box to recount the whole story again, in open court in the presence of the very man who violated her. It is a frightful experience to recall the details of what happened. She relives every moment of the gruesome act. Not an easy thing to do. The judge must be aware that she may make some mistakes in her statement, some parts of which may be contradictory, and keep on reassuring the witness with kind, supportive words.

In Tarun Tejpal’s case, the judge was faced with a very difficult trial and she handled it the best she could. She could have shut her eyes to the serious defects in the investigation and prosecution evidence and straightaway recorded conviction of the accused on all charges. Such judgments are easy to write. The public would have heaped praise and the accused shall have faced some years in jail before bail, and many more years before getting his day in the appellate court.

The judge in a detailed judgment has gone about deciding the case systematically. At the outset, the judge has given a summary of rape cases to remind herself of the principles which must be kept in view. She has then discussed the testimony of the woman and other prosecution witnesses and given her verdict. Very often, witnesses make such sweeping and contradictory statements that their entire testimony gets dented. This seems to have happened in the present case.

Debate is still continuing in legal and academic circles about trials by jury versus trials by judges, without conclusion. Typically, if the present case had been before a jury, a jury of 12 good men and women of Panaji would have been selected and sequestered until the trial was over. The jury would not have been required to give a detailed judgment, but would simply give a unanimous verdict: guilty or not. Trial over by March 2014, with very little judicial time consumed and very little cost to the State.

The crime was committed in Panaji, the citizens of Panaji had a stake in the enforcement of law and 12 of them get a chance to participate in the trial, actually listen to the entire evidence and decide. Cannot get more democratic than that.

Read Also: Limits to Executive Rule-making Powers: The Quiescence of the British Courts?

Alas, India prefers trials by judges, which go on and on, with so many interventions by the High Court. One day the People of India shall have to consider switching to the jury system. A system where facts are placed before 12 local citizens who decide on guilt or innocence, under the watchful eye of the judge who is responsible for the conduct of the trial.