Since 2010, when the Aadhaar card was introduced, there have been debates connected to its security. The hasty withdrawal of an advisory by the Unique Identification Authority of India relating to the card is the latest flip-flop that has dogged the only unique identity that Indians are obliged to possess. It uncovers deep-rooted glitches in the ecosystem 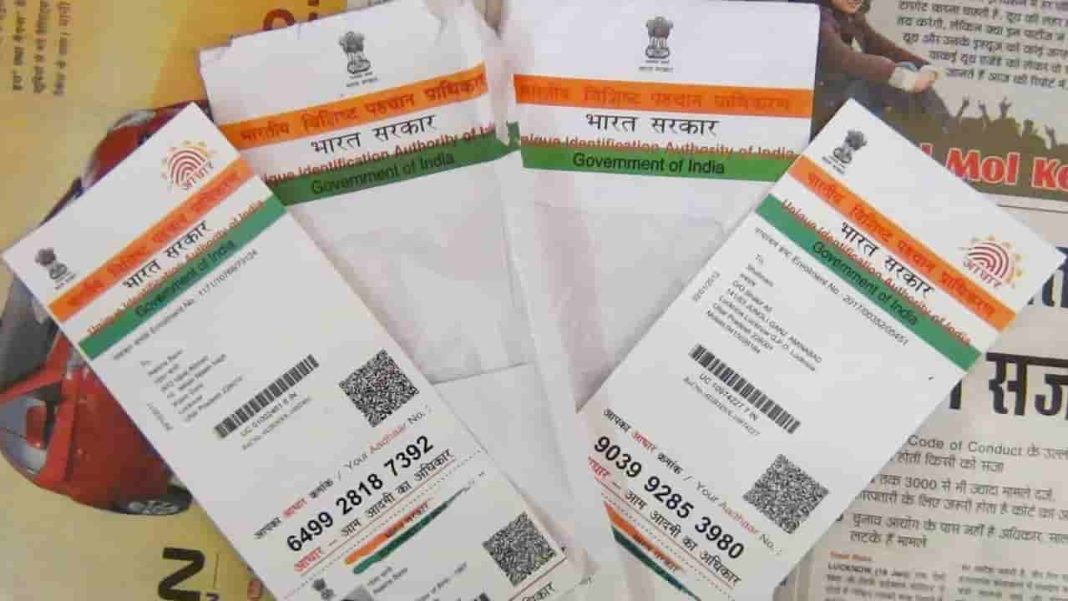 The majority of Indians remember only one thing when three words “biometric information”, “unique identification system” and “controversy” are used collectively in a sentence—the Aadhaar card. Things have gone wrong for this significant identity card that every Indian is obliged to process since its introduction. There have been numerous hullabaloos surrounding its necessity, usage and probable danger of mishandling. Now to add salt to the wounds, the Unique Identification Authority of India (UIDAI), the authority that allots Aadhaar card, recently issued a notice regarding the misuse of the card. But, the notice was withdrawn within two days from the date of issue. And the issue is making the rounds.

The Bengaluru Regional Office of the UIDAI publicised a notice on May 27, cautioning that people must not share even photocopies of their Aadhaar cards with anyone. The notice specified not to share a photocopy of the Aadhaar card with any entity because it can be mismanaged, and not to use a public computer at an internet café or booth to download an e-Aadhaar. It also stated that if a public computer has been used to download an e-Aadhaar, one should delete all the downloaded copies of the e-Aadhaar from that computer.

As per the declaration from the Ministry of Electronics and Information Technology (MeitY), which is the parent body of the UIDAI, the notice was issued in the background of an effort to mishandle a photoshopped Aadhaar card. However, this is not a new story. Earlier in many circumstances, people have discovered that their Aadhaar cards have been mishandled and photocopies of the cards were the means. Numerous public organizations like hotels and hospitals have been demanding photocopies and people have also been sharing them. Since an individual’s information is put at peril, this has always been a matter of concern.

Many times in the past, the UIDAI has asserted that the Aadhaar card is safe if used with suitable care. It has clearly mentioned that the Aadhaar number cannot be used to impersonate an individual without biometric information. Nevertheless, sharing the number is parallel to sharing other personal details like mobile number, address and bank account details. In 2011, the UIDAI had released a statement cautioning Aadhaar card holders to apply due care in sharing their Aadhaar card details with others. However, the UIDAI in 2018, highlighting its safety, had explained that Aadhaar, as an identity document, needs to be shared freely with others as and when required.

Besides generating unwanted confusion, the central government’s latest flip-flop over the security of sharing Aadhaar card photocopies also uncovers the deep-rooted glitches in the ecosystem. In 2018, the Supreme Court’s Puttaswamy verdict had held that private organizations could not insist on Aadhaar and it could not be made compulsory for even banking and telecom services. In practice, however, Aadhaar information has become the “preferred” (read mandatory) Know Your Customer (KYC) document for a host of private and government services.

President Ram Nath Kovind, gave his consent to a regulation in 2019, which permitted citizens of India to obtain services like buying SIM cards or opening bank accounts without submitting an Aadhaar card. Aadhaar was made voluntary, which indicates that citizens could decide to share their Aadhaar card information or copies and they could not be compelled to provide it or refused any service in the absence of owning an Aadhaar card. The regulation also prohibited the saving of core biometric information, as well as Aadhaar numbers, by service providers in cases of citizens who willingly presented their national identity as a means of verification. It also sanctioned a few modifications in the Aadhaar Act, 2016, the most important of which was giving a child a choice to exit from the biometric ID programme after attaining 18 years.

Now, the UIDAI advisory has recommended the use of masked Aadhaar instead, which shows only the last four digits of the Aadhaar number and it can be downloaded from the UIDAI’s official website (https://myaadhaar.uidai.­gov.­in). A person is obliged to insert his/her Aadhaar number on the website and then choose the “Do you want a masked Aadhaar” option to download it. However, there is not sufficient understanding among the public regarding this. There could be accessibility glitches as well, particularly for the technologically challenged and the poor, given it is in a password-protected, electronic form.

While the organization asking for Aadhaar information is expected to get approval from the Aadhaar-holder, when rejection of approval effectively converts into a rejection of service, thus, approval seeking becomes automatic. This does mean that Aadhaar should not be broadly used, even as the Union government has urged the states to utilize it to enlarge service delivery within the outline of the law. However, the Aadhaar ecosystem must not become an instrument in the hands of dishonest elements for cheating the State and its people.

Aadhaar, of course, can be employed as evidence of identity without having to involve the physical card or its photocopies. For use-cases in brick and mortar locations, point-of-sale biometric or QR-based verification can remove the need for photocopies. Basic KYC particulars of the Aadhaar-holder can be shared with the seeking entity for re­cord-keeping. But apart from the low deployment and connectivity issues, these come with their own problems, including the possibility of stolen biometric information.

The United Progressive Alliance as well as the National Democratic Alliance strongly supported Aadhaar on the ground that it offered the poor an identity and checked extensive leakage of grants and social aid. The government is completely silent on the large-scale deviation of grants actually supported by online systems and bogus identities. The worse issue is that four years after the Narendra Modi government announced that all beneficiary disbursements and direct benefit transfers in around 120 plans comprising more than Rs 12,000 crore would happen online, our systems do not seem geared for it.

The development and success of the Indian digital network crucially hangs on Aadhaar, and is the facilitator for revolutions like India Stack and Unified Payments Interface (UPI). This demands enabling institutions and procedures to achieve maturity and stability. The UIDAI is a vital part in the cogwheel, underscoring the need for robust governance with systemic checks and crosschecks. India must also quickly enact a robust data protection law.

Even though it must be accepted that the UIDAI and the e-payment industry are continuously at work to fix weaknesses, fraudsters are often a step forward, particularly since they work in collusion with people inside the system. Fintech companies also encourage shortcuts to cut costs. Therefore, the solution was clearly not to overlook the problem by cancelling a notice. Hopefully, it will not be possible to put that genie back in the bottle and the episode will have warned citizens of India to be more cautious and question the government. Just imagine Sulabh Shauchalaya asking for Aadhaar photocopy to allow you to avail its service when you are facing an emergency. So, unless the government makes it clear which establishments can demand the Aadhaar, and which cannot, citizens will continue to face harassment on a daily basis. The government must plug all leaks and legislate a data protection law that protects Aadhaar users. Anything less would be a credibility loss, like its recent flip-flop.