Though the regime is trying to present a soft image of itself, this has not allayed the fear of thousands of citizens who thronged Kabul airport to flee. With the coffers empty, international acceptance and aid are crucial. 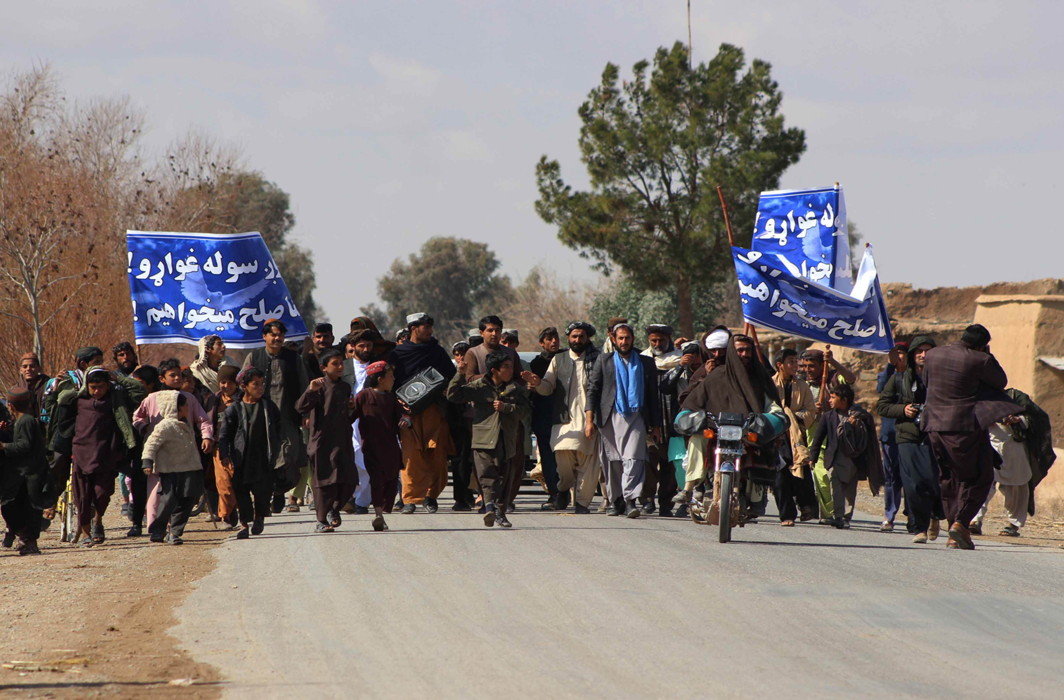 The Taliban sealed the fate of the democratically elected government in Afghanistan when it marched trium­phantly into Kabul on Aug­ust 15. The Latin phrase veni, vidi, vici (I came, I saw, I conquered) attributed to Julius Caesar following his victory at the Battle of Zela in 42 BC may well apply to the Taliban’s victory in Afghanistan.

In barely a month, Taliban’s 70,000-odd trained fighters and followers overran the 3,00,000 strong Afghan army. The army, trained and armed by the US and its NATO allies at a cost of $83 billion, melted away without a fight in most places.

The Taliban is now better armed than ever before, thanks to the arms it has seized from the Afghan armed forces. Its success has shown that even after the two-decade long US-led “Global War on Terror”, the ideology of jihadi terrorism remains stronger than before. Taliban’s successful comeback has triggered a new era of uncertainties in Afghanistan. The country’s future now looks confused, chaotic, bleak, bloody and full of uncertainties.

International and internal stakeholders, who have been playing a large part in shaping the events, are trying to come to terms with the Taliban in power. Though the record of democratic rule in Afghanistan had been sullied by endemic corruption and cronyism, people enjoyed the benefits of living in a free society. There had been marked progress in the status of women in society as more and more of them participated in politics and the work place—with freedom to travel. Women were elected to parliament and public offices and formed nearly 39 percent of the work force.

After the capture of Kabul, Taliban has declared an Islamic Emirate of Afghanistan and speaks of going ahead with its efforts to form an “inclusive, Islamic government”, an oxymoron of sorts. This has evoked the image of the Taliban which ruled the country from 1996 to 2001. Guided by the Deobandi interpretation of Sharia, it banned music, television, films and the internet. Art forms like painting a­nd photography were forbidden as idolatry. Even recreational sports were banned. Women were not allowed to work; they had to observe purdah and a male relative had to acc­ompany them when they came out of the house. If any woman broke the rules, she was whipped or executed.

The Taliban has inherited a fragile and aid-dependent economy. Employ­ment is concentrated in low-productivity agriculture (44 percent of the total workforce works in agriculture and 60 percent households derive some income from agriculture). Private sector development and diversification is constrained by a difficult business environment. Weak competitiveness drives a structural trade deficit, equal to around 30 percent of GDP, financed almost entirely from grant inflows and employment, and includes opium production, smuggling and illegal mining.

The government’s coffers are empty after the US government froze $9.5 billion assets of Afghanistan Central Bank. So, international acceptance is crucial for the Taliban regime; then only can it expect the country receive international aid commitments of $784 million (estimated by the World Bank) promised for the year.  European Union’s (EU) foreign policy chief has said the EU will cooperate with the Taliban-led government only if it respects fundamental rights, including those of women and prevents the use of Afghanistan’s territory by terrorists. Even China has said it will decide on extending diplomatic recognition to the Taliban only after the formation of the government, which it hoped would be “open, inclusive and broadly representative”.

This is perhaps one of the main reasons for the force presenting a soft image of itself—Taliban version 2.0. Taliban spokesman Zabihullah Mujahid spoke to the press a day after the takeover of Kabul and made a slew of promises, clearly aimed at living down the Taliban’s poor image. His promises included honouring women’s rights within the norms of Islamic laws, forgiving those who resisted them and those who served with the earlier government. He also said private media would continue to remain independent.

Mujahid said: “I would like to assure the international community, including the United States, that nobody will be harmed.” He emphasised: “We don’t want any internal or external enemies…. War has ended… (the leader) has pardoned everyone, we are committed to letting women work in accordance with the principles of Islam.” He added: “All those in the opposite side are pardoned from A to Z. We will not seek revenge.”

Answering a question on how the Taliban of today was different from the one that was defeated two decades ago, Mujahid said: “If the question is based on ideology, and beliefs, there is no difference”. But if it’s based on “experience, maturity and insight, no doubt there is a marked difference”. He asserted: “The steps today will be positively different from the past steps.”

However, the words of Mujahid did not allay the fears of thousands of citizens who thronged Kabul international airport to catch a flight to get out of the country. There is widespread scepticism among the people whether the present incarnation—Taliban 2.0— would keep its promises.

The most sceptical are women, who suffered the most during the earlier spell of Taliban rule. In the last two decades, women have been enjoying unprecedented levels of freedom to dress, learn, travel and choose their own lifestyle. Music and artistic pursuits, banned by the Taliban, have been thriving under democracy.

Already reports of Afghan women being forced to marry Taliban fighters and being publicly flogged are trickling down. In Kabul, Taliban guards are asking women to cover themselves up and move around only with a male chaperone. In Herat, houses of women members of parliament were searched and their cars taken away. Taliban workers went round tarring the faces of women on posters displayed in shops in Kabul.

Though President Ashraf Ghani fled the country before Kabul fell, there are women leaders staying on. Salima Mazari, one of the three female district governors in Afghanistan, had been on a crusade since 2019 to protect Charkint district from the Taliban, though half of it is under Taliban control. Mazari has now been arrested by the Taliban. In an interview to AP, she had said: “In the provinces controlled by the Taliban, no women exist there anymore, not even in the cities. They are all imprisoned in their homes.” This sums up the reality of Taliban’s attitude to women’s existence under Sharia rule.

Taliban version 2.0 will also help the formation of an “inclusive government” which is not an easy exercise. There are internal differences within the Taliban leadership. Former President Hamid Karzai and Abdullah Abdullah who was to lead the High Council for National Reconciliation for Afghan peace talks, have already met Anas Haqqani, leader of the powerful Haqqani faction of the Taliban, in control of Kabul. They are hoping it would lead to negotiations with Mullah Abdul Ghani Baradar Akhund, the First Vice Emir, who has reached Kabul. He is the co-founder of the Tali­ban in Afghanistan and deputy to the founder, Mullah Mohammed Omar. Baradar led the Doha negotiations with the Americans and signed the Doha Agreement in February 2020 for the withdrawal of American forces from Afghanistan. Baradar is expected to be the president of Afghanistan in the new government.

Also Read: Everyone should participate in arbitration movement to strengthen the judiciary: CJI Ramana

After Ghani fled the country, Vice President Amrullah Saleh declared himself the legitimate president of the country and announced the formation of the anti-Taliban front. He is now located in Panjshir Valley, the heartland of Nor­thern Alliance, which allied with the Americans to fight the Taliban. Social media videos show the presence of Saleh along with Defence Minister General Bismillah Mohammadi and Tajik leader Ahmad Massoud, son of the late legendary Ahmed Shah Massoud.

Panjshir Valley is yet to be captured by the Taliban. So much would depend upon how the Taliban tackle the brewing opposition there. Anti-Taliban sentiments are also reported in a few other provinces.

Though the Taliban has captured most of Afghanistan and established control, government formation is likely to take time. Much would depend upon the Taliban’s ability to articulate an acceptable image to gain international recognition.