A conference examined the role of Speakers in cases of disqualification on grounds of defection and setting a time limit to decide the matter. While the law deters defections, it leads to suppression of healthy debate. 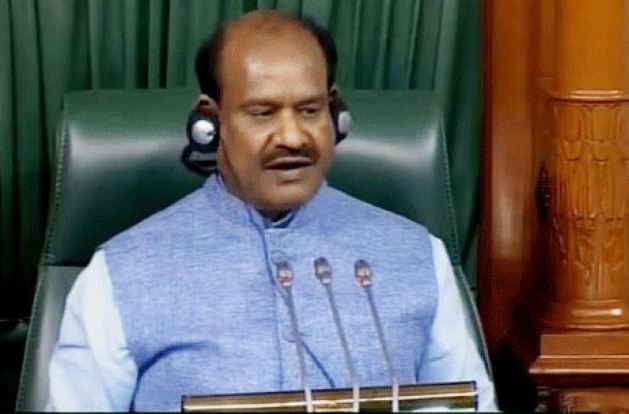 The 82nd All India Presiding Offices’ Conference (AIPOC), held in Shimla from November 17-18, 2021, was a rather lacklustre event. There was ceremonial reiteration of the need to increase the number of sittings of legislative bodies as well as a resolution against ritualistic disruptions during Question Hour, presentation of the budget and addresses by the president/governors.

However, there was no consensus on adoption of the report of the committee (headed by CP Joshi, Speaker of the Rajasthan Legislative Assembly) constituted in 2019 to examine the role of the Speakers in cases of disqualification on grounds of defection under the Tenth Schedule (Anti-defection law) of the Constitution. Om Birla, Speaker of the Lok Sabha, was of the opinion that a time limit needs to be prescribed for the presiding officers in deciding matters of disqualification in order to speed up the proceedings.

The Tenth Schedule was added to the Constitution in 1985 to combat the evil of political defections on account of offers of office or other inducements. It lays down the process by which legislators may be disqualified on grounds of defection by the presiding officer of a legislature based on a petition filed by any other member of the House. The law applies to both Parliament and assemblies. Predicated on this provision, Articles 75 (1B), 164 (1B) and 361B were also inserted in the Constitution, and prescribe that if a legislator (MP or MLA/MLC) is disqualified for being a member of the House under paragraph 2 of the Tenth Schedule, he shall also be disqualified from being appointed a minister from the date of his disqualification till the date on which his term would expire or, when he contests any subsequent election till the date on which he is declared elected, whichever is earlier. He is also disqualified for appointment on remunerative political post (Article 361B).

The Tenth Schedule lists two grounds on which a legislator can be disqualified for defection. One, if he voluntarily gives up membership of his political party and two, if he votes or abstains from voting in the House contrary to any direction issued by his party.

The Tenth Schedule, however, provides for an exception. As of now, if two-thirds of the members of a political party decide to merge with another party, the disqualification on the ground of defection is inoperative. For example, this exception will ensure that 12 out of 17 (70.58%) MLAs of the Congress Party in the Meghalaya Legislative Assembly, who recently decided to join Trinamool Congress (TMC), do not attract disqualification.

The specific matter which was before the AIPOC pertained to delays in taking decision by the presiding officers, particularly in several assemblies, on petitions received seeking disqualification of MLAs on ground of defection. Presiding officers have kept decisions under the anti-defection law in abeyance for years. The matter has invited criticism from the courts from time to time.

Thus, the Supreme Court in Keisham Meghachandra Singh vs The Hon’ble Speaker Manipur Legislative Assembly & Ors., delivered on January 21, 2020, rued the fact that no decision was taken by the Speaker of the Manipur assembly on several applications filed between April and July 2017 under the Tenth Schedule of the Constitution for disqualification of Th Shyam kumar, MLA, who after contesting on a Congress ticket switched sides to support the BJP. The Supreme Court directed the Speaker of the Manipur assembly to decide the disqualification petition pending before him within four weeks.

The Supreme Court observed that it is time that Parliament had a rethink on whether disqualification petitions ought to be entrusted to a Speaker as a quasi-judicial authority when such a Speaker continues to belong to a particular political party either de jure or de facto. The Court was of the opinion that a permanent Tribunal, headed by a retired Supreme Court judge or a retired chief justice of a High Court, or some other outside independent mechanism, ensure that such disputes are decided both swiftly and impartially.

To buttress this suggestion, the Court stated that fears of the minority judgment in Kihoto Hollohan vs. Zachillhu & Ors. (1992) have actually come home to roost. Justice JS Verma, in his separate judgment, had held that rule against bias is a necessary concomitant of the principle of natural justice. One of the basic postulates of rule against bias is that no person can judge a case in which he has an interest. Justice should not only be done, but should be seen to be done. This is the underlying principle adopted by the framers of the Constitution in not designating the Speaker as the authority to decide election disputes and questions as to disqualification of members under Articles 103, 192 and 329, and opting for an independent authority outside the House.

There is nothing unusual in this scheme if we bear in mind that the final authority for removal of a judge of the Supreme Court and High Court is outside the judiciary in the Parliament under Article 124(4).

Moreover, in Jagjit Singh vs. State of Haryana & Ors. (2006), the Supreme Court held that the proceedings under the Tenth Schedule are not comparable to either a trial in a court of law or departmental proceedings for disciplinary action against an employee. The standard of “reasonable opportunity” is, therefore, not that rigorous. Further, if the view taken by the Tribunal is a reasonable one, the Court would decline to strike down an order on the ground that another view is more reasonable.  Thus, a proceeding in a case of disqualification under the Tenth Schedule is more in the nature of a summary enquiry and, accordingly, needs to be disposed of expeditiously.

M Venkaiah Naidu, Chairman, Rajya Sabha, in his order on December 4, 2017, in the case of disqualification of Sharad Yadav and another MP under the Tenth Schedule (decided in about three months’ time), observed that all petitions of disqualification on the ground of defection should be decided by the presiding officers within three months after giving an opportunity, as per law, to the concerned member(s).

But the malaise continues. Chronic ailments call for desperate remedies. That is why the Supreme Court has recommended to Parliament to consider setting up a separate body to decide the cases impartially and expeditiously. This may ensure elimination of bias, but expeditious adjudication cannot be guaranteed in view of the experience with various tribunals that have been established. In any case, since the doctrine of separation of powers is part of the basic structure of the Constitution, the principle of checks and balances has its limitations in its application to the functioning of the Parliament.

If, at all, the Tenth Schedule has to be amended, it may prescribe a time limit for the presiding officer to take a decision, failing which the application for disqualification would be deemed to have been allowed. The judicial review, which may follow, could then go by the rationale taken in Rajendra Singh Rana vs. Swami Prasad Maurya (2007), where the Supreme Court said that failure to exercise jurisdiction is a stage at which the court can intervene.

Disqualification for defection is a doubled-edged weapon. On the one hand, it has been argued that if its validity flows from the right to recall, Kihoto Hollohan, why should there be exemption for a merger of political parties? On the other hand, the law, while deterring defections, also leads to suppression of healthy intra-party debate and dissent. It restricts representatives from voicing the concerns of their voters in opposition to the official party line.

Even during the dawn of Indian independence, whips used to be issued in the Constituent Assembly to Congress party members, but that did not silence everyone. Shibban Lal Saksena frequently spoke in defiance of it and was, apparently never punished for the delinquency.

The Supreme Court too has flagged this issue. The representatives of the people should be allowed to act in the interest of their constituents and not merely as the mouthpieces of their respective political parties.