Bail is Rule and Jail, an Exception

Recently, the Punjab and Haryana High Court was pulled up by the apex court for not hearing a bail application for over a year. This is a deprivation of liberty, leaving the accused to languish in jail for years. 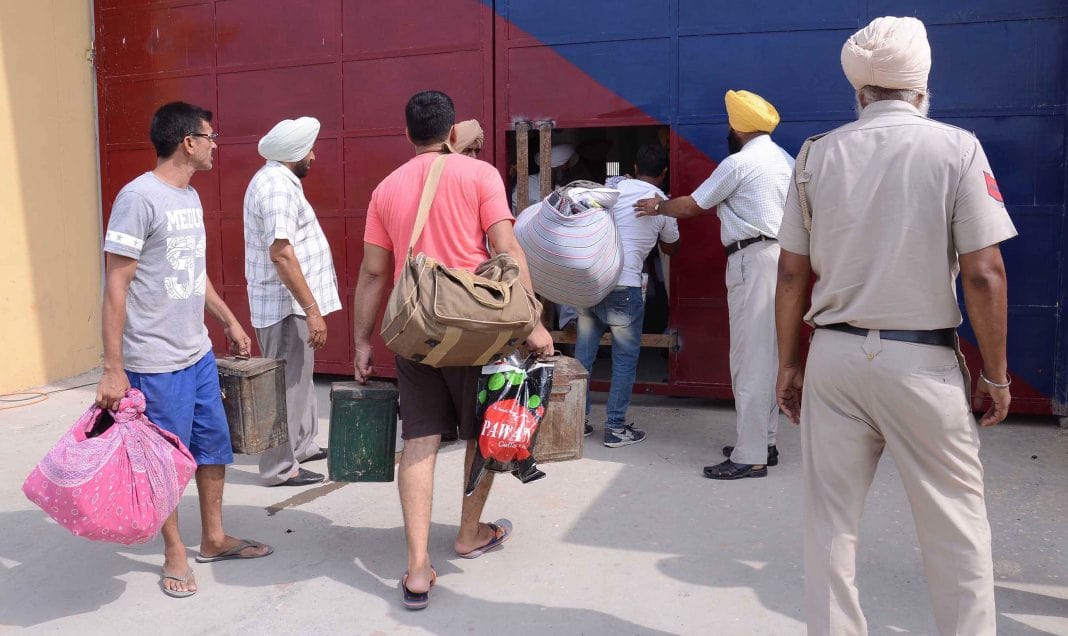 Normally, we do not interfere with an interim order passed by the High Court but we are constrained to pass the present order as we are shocked to see that the bail application under Section 439 CrPC is not being listed for hearing for more than one year. The accused has a right to a hearing of his application for bail. In fact, the denial of hearing is an infringement of right and liberty assured to an accused.” This was the observation of a two-judge bench of the Supreme Court, comprising Justices Hemant Gupta and Justice V Ramasubramanian. They were hearing a special leave petition recently against an interim order passed by the High Court of Punjab and Haryana, where the request for hearing a bail application under Section 439 of the Criminal Procedure Code, pending since February 2020, was declined.

The Court stated that “even during the pandemic when all courts are making attempts to hear and decide all matters, non-listing of such an application for bail defeats the administration of justice. Under the prevailing pandemic, at least half of the judges should sit on alternative days so that hearing is accorded to the person in distress. Non-listing of application for regular bail, irrespective of seriousness or lack thereof, of the offences attributed to the accused, impinge upon the liberty of the person in custody. Therefore, we hope that the High Court will be able to take up the application for bail at an early date so that the right of the accused of hearing of the application for bail is not taken away by not entertaining such application on the mentioning memo”.

The Court directed the registrar-general of the High Court to bring its order to the notice of the competent authority to take remedial steps at the earliest. The observations of the Court reflect the poor state of adjudication of bail applications in the country. If this is the situation in a High Court, what will it be in the district courts?

Time and again, the Supreme Court has reiterated that courts should decide bail applications expeditiously for protecting the personal liberty of people guaranteed under Article 21 of the Constitution. The Constitution has given some specific rights to accused persons that must be honoured by the State.

Besides this, the right to a speedy trial has also been recognised as an essential part of an accused’s fundamental rights and the courts of justice are mandated to implement it in the trial. But despite all these constitutional prescriptions, there is delay in disposal of bail applications. This defeats the constitutional provisions as timely delivery of justice forms part of the human rights scheme, and denial of it is a threat to public confidence in the administration of justice.

In 2017, in Hussain vs Union of India, the Supreme Court passed certain directions to ensure the timely disposal of bail applications by all courts and observed that subordinate courts need to decide bail applications normally within a week, while High Courts should decide them within a month.

Last year, in the Arnab Goswami case also, the Supreme Court stated that “it is the duty of the courts across the spectrum—the district judiciary, the High Courts, and the Supreme Court—to ensure that the criminal law does not become a weapon for the selective harassment of citizens”. The Court also observed that “deprivation of liberty even for a single day is one day too many.” Yet, these directions have not been implemented in toto and accused persons languish in jail for months and years. It sends a wrong message about the judiciary and its commitment towards the cause of protection of human rights and personal liberties.

Unfortunately, the Punjab and Haryana High Court ignored the directions of the Supreme Court by keeping a bail application unheard for more than a year. It is a matter of grave concern that must be taken seriously by the judiciary. Thankfully, the Supreme Court intervened in time. Thus, it has sent a strong message to all courts throughout the country.

High Courts should set a precedent to protect the personal liberty of people, as and when they knock on their doors, and should also encourage district courts to do the same. Accused should not suffer pre-trial detention for a long time. It does not serve any purpose.

In Motiram vs State of Maharashtra, 1978, Justice Krishna Iyer said: “The consequences of pre-trial detention are grave. Defendants presumed innocent are subjected to the psychological and physical deprivations of jail life, usually under more onerous conditions than are imposed on convicted defendants. The jailed defendant loses his job if he has one and is prevented from contributing to the preparation of his defence. Equally important, the burden of his detention frequently falls heavily on the innocent members of his family.”

An accused person can defend his case effectively if he is released on bail on time. Putting such persons behind bars for months and years pending trial is nothing but a fraud with our constitutional ethos, principles and human rights obligations. The time has come when the courts should demonstrate more sensitivity towards accused persons’ constitutional and human rights.

The courts of justice should always recall Justice Krishna Iyer’s famous words “bail is rule and jail, an exception”. In a civilised society based on the rule of law, bail always needs to be a rule and jail an exception. Criminal law cannot be used as a tool for harassment of accused persons who have a right to an urgent hearing in bail matters. Courts cannot drag bail matters for a long time.

In several cases, the Supreme Court has enlarged an accused person’s bail on the ground of delay in the trial. In State of Kerala vs Raneef, 2011, the Supreme Court observed that “in deciding bail applications an important factor which should certainly be taken into consideration by the Court is the delay in concluding the trial. Often this takes several years, and if the accused is denied bail but is ultimately acquitted, who will restore so many years of his life spent in custody? Is Article 21 of the Constitution, which is the most basic of all the fundamental rights in our Constitution, not violated in such a case? Of course, this is not the only factor, but it is certainly one of the important factors in deciding whether to grant bail”.

Recently, in Union of India vs K. A. Najeeb, 2021, the Supreme Court reiterated its stand and observed that “the liberty guaranteed by Part III of the Constitution would cover within its protective ambit not only due procedure and fairness but also access to justice and a speedy trial”.

There is no logic in detaining undertrials indefinitely. The State is duty-bound to conduct a speedy trial and if it fails to do so, the undertrial must be enlarged on bail by the courts of justice.

In Dataram Singh vs State of U.P., 2018, the apex court said: “..a humane attitude is required to be adopted by a judge, while dealing with an application for remanding a suspect or an accused person to police custody or judicial custody. There are several reasons for this including maintaining the dignity of an accused person, howsoever poor that person might be, the requirements of Article 21 of the Constitution and the fact that there is enormous overcrowding in prisons, leading to social and other problems as noticed by this court in In re-In humane Conditions in Prisons”.