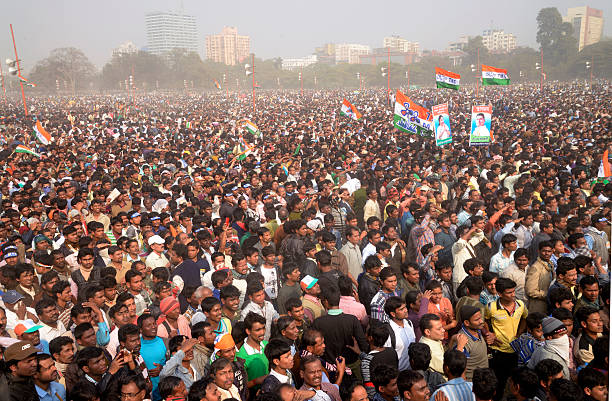 What happens in West Bengal these days, when elections are around the corner and it is time for rallies galore, yet the Covid pandemic threatens a massive comeback? Preventive activity for Covid takes a temporary backseat, of course. Not that the state is crazily dipping its toes in the complex gene pool of candidate vagabonds, worrying sick about the next government. Actually, the city of Kolkata is pretty quiet about this; the banners and street corner meetings are way cooler than ever before, and the intensity that was predicted has not come to pass.

At the same time, even the vegetable vendor is aware that the hospitals in the city are, again, choc-a-bloc with Covid patients and sale of masks and sanitisers are on the rise. “Kuch din ka fursat mila tha hame (we just had a few days of respite),” says Gopal Sau at the College Street vegetable market. “Hum ne socha is bar goodbye kiya yeh mahamari. Ab dekho phir aa gaya. Kya hoga kya jane (we had thought the pandemic had bid goodbye. See, it is back again. Who knows what will happen now.)”

The issue is not just of the pandemic, though. The state had quite adroitly handled the pandemic earlier, as well as the stringent lockdown. Then, somewhere down the line, the processes relaxed into disinterest, and a false bravado crept in, aided by statistics that may have indicated a better immunological response. Then two things happened. Two vaccines were approved for the public and the vaccination process went into full throttle and then the Election Commission announced the dates of the assembly polls.

Rally after massive rally brought together mask-less supporters from all over the state, congregating in a cacophony that defied all pandemic rules. As political positioning and counter-positioning moved into top gear, news slowly filtered in that in 70 Indian districts, across 16 states, there has been a 150 percent increase in incidents of new infections. Maharashtra, surely, was the leader in the new cases, but elsewhere nobody was counting. They were all busy with poll preparations. The Covid systems that had been put in place with so much care, all lay in a shambles. The second wave, probably harsher than the first, had arrived and the state was completely unprepared.

As it stands today, all government hospitals in Kolkata are full. Private hospitals are no better and co-morbid cases under the age 45 (above which there is a possibility of a quick vaccine jab), are failing to find respite. General sanitation systems of municipalities are in a morbid state, most workers being drafted into election work. Cars for hire, those that generally aid in quick transfer of patients to hospitals, have been conscripted into the poll duty. There is a complete vacuum in the system, as far as the potential to handle another outbreak of the disease.

Are these new strains of the disease? One doctor, who this correspondent spoke to, said on the condition of anonymity that the health sector has been so compromised through the poll process that RT-PCR testing rates have plummeted to almost early Covid levels. “There is little chance of even knowing which strain it is,” he said. The treatment is, therefore, generalised.

So, who should shoulder the blame for this? The Election Commission was working on its own mandate of wanting to provide states with a new government, because the tenure of the last government was coming to an end. There is definitely a provision that allows a government to remain in power as a stand-in administration, but that would require an appeal from the governments to the election commission. Earlier elections, deep into the pandemic and even with a huge flood to boot had been held. That was, purportedly successful. So, these elections were deemed safe enough.

Probably elections are the only imperatives of Indian lives, not life itself, not family, not pride, not even sheer existence.