If Indian soldiers die due to govt negligence, it should be sued 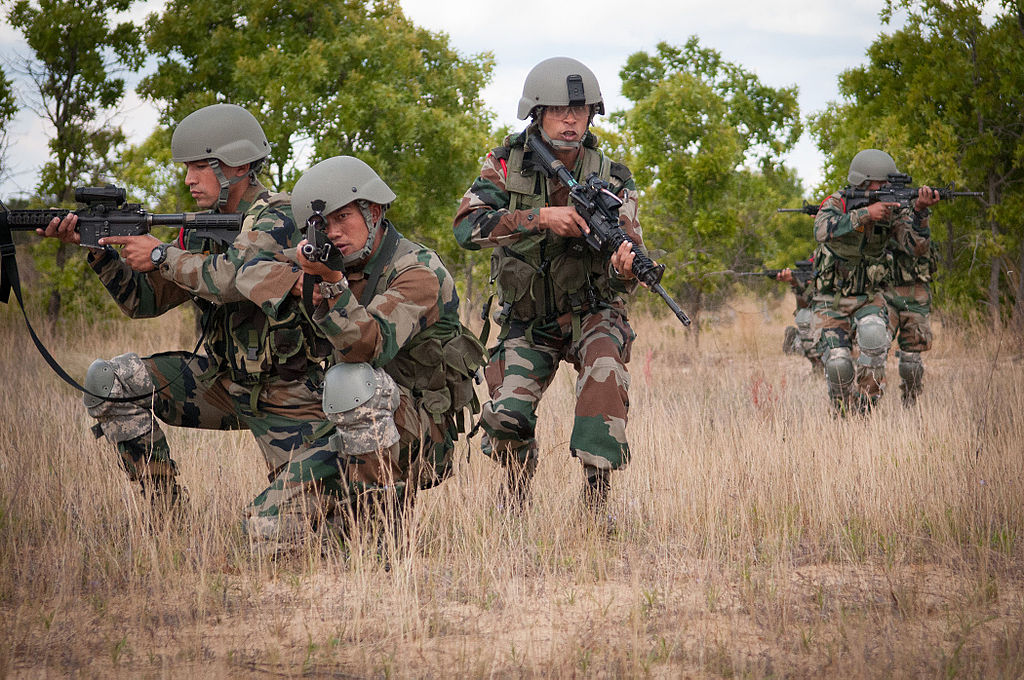 In the skirmishes with China, the defence of the country should be balanced with the rights of the armed forces. Every time a soldier dies and it is a case of negligence, compensation must be paid.

Soldiers killed in an encounter in Pulwama”….. “Indian Army says 20 soldiers killed in a clash with Chinese troops in the Galwan area”…..“Family of soldier killed 18 years ago wants to return his gallantry award”… Soldiers and their deaths feature so frequently in the media that we barely bat an eyelid anymore. We might spare a passing comment on how unfortunate it is or some sanctimonious WhatsApp forwards will go around, but then we move on with a collective shrug.

As a grandchild of the first Indian Chief of Naval Staff, this apparent disregard for the well-being of the armed forces has been on my mind. We all know that some people sign up to take risks so that the rest of us can be safe. But exactly how much risk are we talking about here? And surely, this should be a foreseeable risk faced suitably with the tools necessary to avert it.

The answer is not so simple. The recent open letter entitled “Statement on China” signed by 144 armed forces veterans has highlighted the urgent need for a revamp of India’s intelligence system in the context of the Galwan Valley clash on June 15 that killed 20 Indian soldiers.

What is the law regarding the position of the armed forces? Article 300 of the Constitution reads: Suits and Proceedings —(1) The Government of India may sue or be sued by the name of the Union of India ….subject to any provisions…. Traditionally,  acts of military employees done in the discharge of their duties were held to be sovereign functions and no liability was imposed on the State for such acts. This criterion is very unsatisfactory and unjust. The modern reform of the law on the subject is to impose liability on the State based on the nature of the work rather than the purpose of the work. The Courts have been adopting a liberal approach in this matter. More and more functions are now being brought within the field of “non-sovereign” functions and expanding the sphere of State liability.

The UK has in place the concept of “combat immunity”—decisions taken in “the heat of battle” cannot be second-guessed by courts. Claims of negligence cannot be brought in relation to battlefield acts or omissions. Three British soldiers were killed in Iraq in poorly armoured Land Rovers and others died in a friendly fire incident. The British Supreme Court ruled that they could sue the Ministry of Defence for negligence because soldiers have a “right to life”. The Court ruled that the doctrine of combat immunity should be interpreted “narrowly”. This ruling meant that soldiers going to war could claim protection under Article 2 of the Human Rights Act. Many relatives had spent years trying to find out the facts and challenging the army over the standard of kit issued, The Guardian reported.

In reality, most claims in the UK are brought for breaches of common law and statutory duty as an employer and/or occupational healthcare provider: The Ministry of Defence has accepted that between 2013 and 2018, there was a “significant increase” in the rates of injury and ill health to armed forces personnel, civilian employees and cadets. This is a worrying trend. While the UK does want service personnel to be protected from spurious litigation, they have accepted that they are not above the law.

In the US, historically, military members have been blocked from filing such claims under the Feres Doctrine the 1950 Supreme Court decision that ruled that active duty military personnel could not hold the federal government liable for personal injuries they suffered incidental to service.

The concept of holding the military liable for deaths has recently crept into the US system. The military medical care provision signed into law as the 2020 National Defense Authorization Act permits claims for death or personal injury caused by military medical providers. This does have limitations. For instance, there are no claims for medical malpractice in a combat zone and they are not permitted to sue in a federal court they must be adjudicated administratively. Victims have two years from the date of injury to file a claim. However, victims seeking redress in 2020 are able to file claims for injuries that occurred in 2017. This Act was a compromise inspired by another Bill, named for Special Forces soldier Sgt. 1st Class Richard Stayskal, whose terminal lung cancer went undiagnosed despite a noted mass and recommendations for a biopsy after a CT scan.

Ten years prior to this, the proposed Carmelo Rodriguez Military Medical Accountability Act never made it to a vote. Rodriguez, a Marine Corps sergeant, died of skin cancer in 2007. There, the Navy doctors had noted lesions on his skin that suggested malignant cells over the course of eight years, but had never recommended him for further screening or informed him of his risk. Whilst the US window has opened just a sliver, the fact is that it has opened, and there is some acceptance of a breach in the duty of care.

What then, would be welcome changes in India? There is a need to look at each situation based on facts and respond accordingly.

In an article in The Wire, Col Alok Asthana, a retired infantry officer with a command tenure in J&K, spoke of “a fundamental difference between casualties which occur under controlled conditions which can be accurately planned for and what happens in situations over which they do not have complete control. It is hard to see why soldiers should not be given the same protection against the risk of death or injury by the provision of appropriate training and equipment as members of the police, or fire and other emergency services”.

In other words, soldiers are not pawns to be lost due to poor planning by their generals. Poor planning should never be condoned or accepted or paid for with lives. One tends to concur with this point of view. Secondly, soldiers need clarity before going to war. They must obey the law, yes, but in order to obey it, they need to know what that law is and what is permissible.

Another unacceptable feature that must change is our servicemen having to manage with outdated equipment and/or inadequate training. This should change if for no other reason than the fact that they will be facing troops with superior wea­ponry and training. It makes us look pale by comparison. We have all read upsetting reports of shortages of bulletproof jackets and protective measures in the camps of our soldiers, resulting in unnecessary deaths. In the Pathankot airbase attack case, Lieutenant Colonel Niranjan Singh of the bomb disposal squad died defusing an explosive manually instead of using a telescopic manipulator and a total containment vehicle.  This is heartbreaking.

Governments must simply never send soldiers, sailors and airmen into battle without the right support. That objective has to be a fundamental guiding principle and one to which governments must remain absolutely committed. Former Chief of Air Staff, Marshal BS Dhanoa, had once famously stated that the shortage of 10 fighter squadrons in the IAF would be akin to having seven players in a cricket team. Recently, the air force signed deals for 36 Rafale jets from France, S-400 air defence systems from Russia and Apache attack helicopters and Chinook heavy list helicopters from the US.

The Ministry of Defence in India should be held accountable if there is a lack of protective gear for soldiers. The Ministry of Home Affairs should be held accountable for the appalling shortages and poor training of paramilitary personnel. They should be liable to pay compensation for deaths occurring due to these reasons, just as any employer is liable for the death of her employee on the job, if caused by lack of care and foresight. We must balance the defence of our country with the rights of those armed forces personnel who protect it. Every time a soldier dies, he is put on a pedestal and glorified. Before we accept this, we need to figure out why he died and did he need to die at all? And if there is a clear case of negligence, then compensation must be paid. Relatives and former servicemen need to put forward a Bill to effect this, else many more lives will be unnecessarily lost. Even one more unnecessary death of our heroes is one too many. Let us value them alive.

Lord Tennyson’s immortal poem, The Charge of the Light Brigade, on a terrible historical blunder still gives one shivers: “….Storm’d at with shot and shell, Boldly they rode and well, Into the jaws of Death, Into the mouth of Hell Rode the six hundred…”

Let us care for and value our armed forces while they are alive.

—The author is a barrister-at-law, Honourable Society of Lincoln’s Inn, UK, and a leading advocate in Chennai