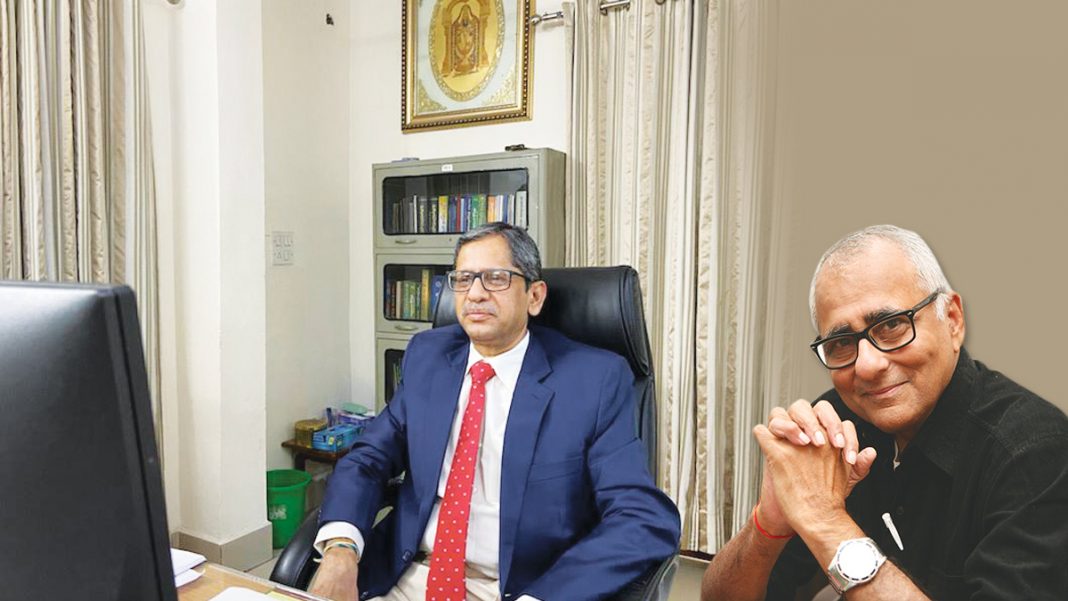 As NV Ramana gets set to take over as chief justice of India, it is only appropriate and necessary to observe his record not only as a jurist but also the prominent aspects of his personality.

Two years ago, I had the honour of interacting with him personally at a well-attended conclave of prominent judges and eminent members of the legal profession discussing the Insolvency and Banktuptcy Code, (IBC) a major reform measure.

At a professional level, his reasoning, analytical abilities, depth of knowledge and presentation skills in handling a highly specialised and complex subject were unbeatable. At a personal level, I found him ruminative, soft-spoken, courtly and conscientious but, most of all, infectiously humble.

He has chaired several committees related to the IBC law, a commendable initiative that has helped India leapfrog ahead in the list of countries known for the ease of doing business.

In fact, IBC has changed the whole thought process in the insolvency sector. The entire thrust of IBC is in the revival of sick businesses. Such is the impact of IBC today that there is hardly a day where developments related to it do not get reported in the press, either local or national.

In addition to his unique expertise on specific subjects, Justice Ramana, during his long tenure as a judge of the Supreme Court, has been party to numerous judgments. Notable judgments include: Central Public Information Officer vs Subhash Chandra Agarwal (2019), dealing with the Right to Information Act, 2005, Foundations for Media Professionals vs Union Territory of Jammu and Kashmir (2020) and Lata Wadhwa’s case which held that compensation for housewives must depend on the work being performed by them, therefore granting dignity to women who are homemakers.

The judgments in Roger Mathew and Jindal Stainless Steel have paved the way for flexibility of appointments to tribunals and the autonomy and freedom of state governments to design their own fiscal legislation respectively.

Our curtain-raiser story in last week’s issue, described Justice Ramana  as a “kind, considerate and soft-spoken judge, who is eager to do justice and give counsel appearing before him a patient hearing with an open mind. His vast experience of being a judge for some 20 years, eight of which have been acquired in the apex court, will come to his aid in a remarkable way”.

We also pointed out that his understanding of the higher judiciary as the chief justice of the Delhi High Court and acting chief justice of the Andhra Pradesh High Court provided him great perspective while carrying out his duties as the fountainhead and paterfamilias of the judiciary. His tenure as a government counsel for various departments and as an additional advocate general have given him a deep understanding of the functioning of government departments, bringing to fore his expertise in civil, criminal, constitutional, labour, service and election matters.

His humble beginnings, our article noted last week: New CJI: The road ahead, “have given him an insight into the suffering of the common man, which has also made him a champion of civil liberties from the very beginning of his college days and later as a journalist. He has great empathy for those requiring protection of human rights. His tenure, no doubt, will be marked by compassion, expertise and wisdom”.

Read Also: PIL in Supreme Court against verses of the Quran, petitioner alleges they promote terrorism

As the head of one of the three pillars of the State, it becomes the responsibility of the CJI to ensure that reformation and transformation continue faster than ever. The disposal rate of cases across the country must move ahead at least twice the speed with which matters get filed. The functioning of all the tiers of the courts and the tribunals are matters of great concern and requires the attention of the CJI.

We wish him a happy journey ahead.

Did you find apk for android? You can find new Free Android Games and apps.
Share
Facebook
Twitter
Pinterest
WhatsApp
Previous articleYemenis appeal in German court after US drone strikes from German base kill relatives
Next articlePIL in Supreme Court against verses of the Quran, petitioner alleges they promote terrorism