Throwing open commercial coal mining without a watchdog in place 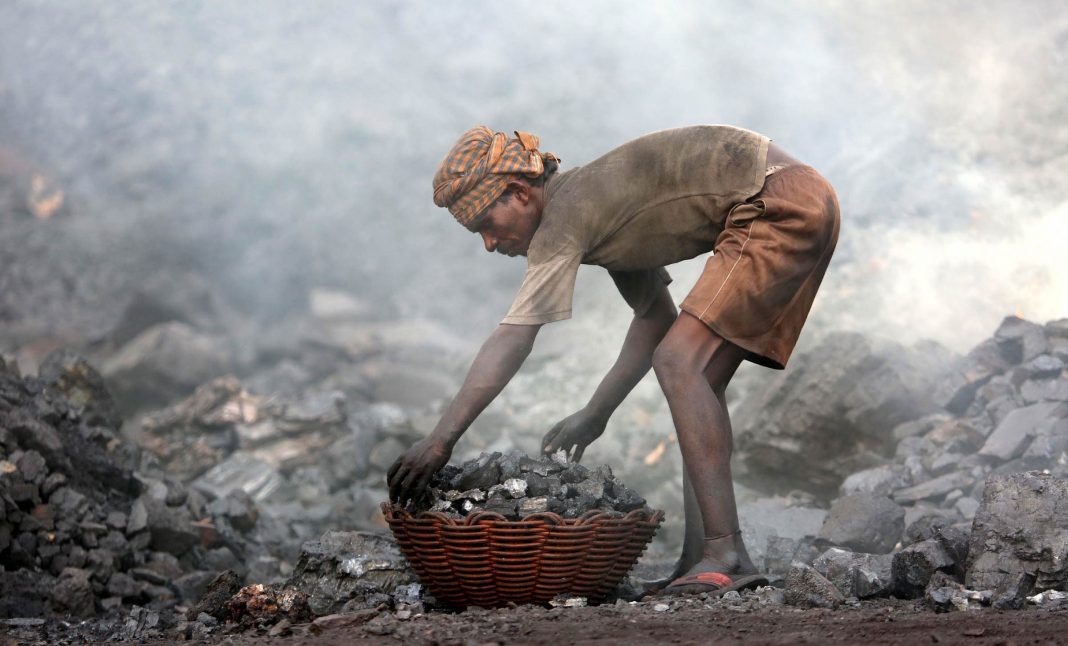 The recent amendment on reform in the coal sector allows, for the first time, private industrialists to mine coal without any end utilisation limitations. However, some questions remain.

To restructure the dynamics of the Indian coal segment, the Government of India started the auction of coal mines for mercantile sale of coal. The Union minister of parliamentary affairs, coal and mines proclaimed that it targets driving the coal sector towards a market economy, self-reliance and a greener future. As part of the declarations made by the government as per the Atmanirbhar Bharat initiative, the auction of 41 coal blocks for commercial quarrying was launched by the prime minister of India in June 2020. The decision was earlier suggested by means of the Mineral Laws Amendment Ordinance, 2020.

The e-auction of coal mines saw an aggressive fight and many corporate entities proposed great rewards. Therefore, the government is of the opinion that the enduring prospect of the private sector’s involvement in coal mining is encouraging. Forty-two business entities participated in the auction, out of which 40 were private players. Some of the prominent corporate bigwigs that grabbed blocks include Adani Enterprises, Vedanta, Hindalco Industries, JMS Mining, EMIL Mines and Minerals Resources and Jindal Steel and Power. Altogether 76 bids were received for 23 mines, while two or more bids have been received for 19 mines and were found entitled for opening procedural bids. As per the Union Ministry of Coal, all the blocks can produce a total income of approximately Rs 7,000 crore per annum and generate more than 69,000 job opportunities once they are operationalised.

For the first time, private industrialists have been permitted to mine coal for commercial mining purposes without any end-utilisation limitations. Therefore, coal mined can now be sold without any restrictions and there is no condition that it should be expended only for the firms’ personal consumption. In the recent decision, the government allowed private entities to take part in the tendering process with a decreased upfront sum. It also allowed the adjustment of the upfront amount against royalty, generous operating competence considerations and 100 percent foreign direct investment to usher in the turning point for India’s energy sector.

As per the new decision, private players have to pay a portion of income from sale of coal to the government instead of a fixed amount per tonne. Although initially auction of 41 coal mines was announced by the Union coal ministry, it was subsequently cut down to 38. The due date for furnishing technical offers by the eligible companies was September 29, 2020. The auction commenced on November 2, 2020 and ended on November 11, 2020.

While numerous resource rich nations like China, Indonesia and the United States of America focused on the power sector in their post-Covid economic stimulus packages, India focused on opening up the mining sector, which is the start point of the industrial and manufacturing procedure. Coal block auctions invite applicants to excavate blocks by offers and they have to share a portion of the amount of coal sales with the government. State governments bestow leasing rights on the winning bidders to mine a coal block for a specific time period.

India has an extensive history of commercial mining for approximately 245 years. Of late, in the 20th century, the government noticed that the growing energy or power needs of the country were not attracting capital investments from private players. Also, some private coal miners were following odd mining practices and providing inferior working settings for labour. Therefore, the government decided to nationalise private coal mines and it was done in two stages from 1971-1973 which gave birth to the Coal Mines (Nationalisation) Act, 1973. The Act restricted coal mining activities largely to government units.

India is the world’s fourth biggest country in respect of availability of coal reserves. However, India’s yearly import of coal is approximately 240 million tonnes amounting to Rs 1.7 lakh crore. Due to non-availability of superior coking coal, which is a primary raw material for steel, almost the full requirement of coking coal is being imported by India. In 2017, a High Powered Expert Committee was founded to scrutinise the effectiveness and imminent encounters in coal mining auctions. The Committee suggested a steady shift from the distribution of coal blocks for personal consumption to distribution of blocks for commercial mining. According to the Committee, commercial mining would assist in exploiting locally accessible reserves which would facilitate the availability of coal at an inexpensive price and reduce dependency on imports.

NEED FOR A WATCHDOG

Although the government has found a friendly audience for coal blocks that it had decided to make available for the private sector, one essential element of the sector is still absent and this is the lack of a proper watchdog for the coal sector. Without an emboldened and autonomous regulator, no sector can succeed and private sector involvement minus an independent controller is a recipe for disaster. Sovereign authorities like the Telecom Regulatory Authority of India and the Directorate General of Civil Aviation, who administer the sectors that have private sector participation and public-private contest, have evidenced the significance of the principle of self-governing regulation. Therefore, a resource extraction segment seriously needs an independent controller compared to other sectors.

The mining industry has plenty of environmental concerns such as the disruption of lives, livelihoods and lifestyles of local inhabitants. Therefore, an independent national authority is necessary to address all ecological consequences, to guarantee scientific mining to safeguard coal layers and frame regulations so that those with permits stick to their defined zones.

Earlier, when demand from China for iron ore was high, a majority of the participants violated rules because of non-existence of a controlling mechanism. Also, the former Karnataka Lokayukta, Justice Santosh Hegde, penned a hard-hitting fact-finding report about illegitimate mining. Hence, the Government of India should keep the fundamental and sensitive coal sector away from irregular and sporadic issues such as illegal export, transportation across state boundaries, extension outside sanctioned entitlements, etc. Thus, a liberated regulator is long due and must be the principal priority for the government.

Even though the present auction for commercial coal mining got enthusiastic response, it may lower the interest of private business barons to invest in mining rights due to acute demand shrinkages, low capacity utilisation in most of the industries and non-stop uncertainties or fears about the immediate future of the corporate sector. In addition, with upsurge of low-priced renewable energy choices, rising international tendency of departure from coal fired businesses and due to stringent environmental standards being accepted worldwide, only those Indian entities who are suffering because of scarcity of quality coal may show interest. Moreover, there have been reports of hostility by several states to the government’s decision to give out mines for development which might impact livelihoods in many tribal dominated regions in Jharkhand and Chhattisgarh.

However, the commercial coal mining is likely to generate millions of direct and indirect job opportunities and trillions of rupees as revenue and capital investment. Importantly, the government has to take many forceful initiatives to address the troubles of the sector, including bidders’ worries.

The concerned ministry should not just focus on bringing competition to the coal mining segment and making more coal available. It has to focus on transparency strictures and developmental obligations. Coal might be a dirty fuel but efficient regulation, adoption of technological enhancements, robust plans and proper implementation of strategies can give it some shine.

—The writer is a tax specialist,financial adviser, guest faculty and public speaker based in Goa