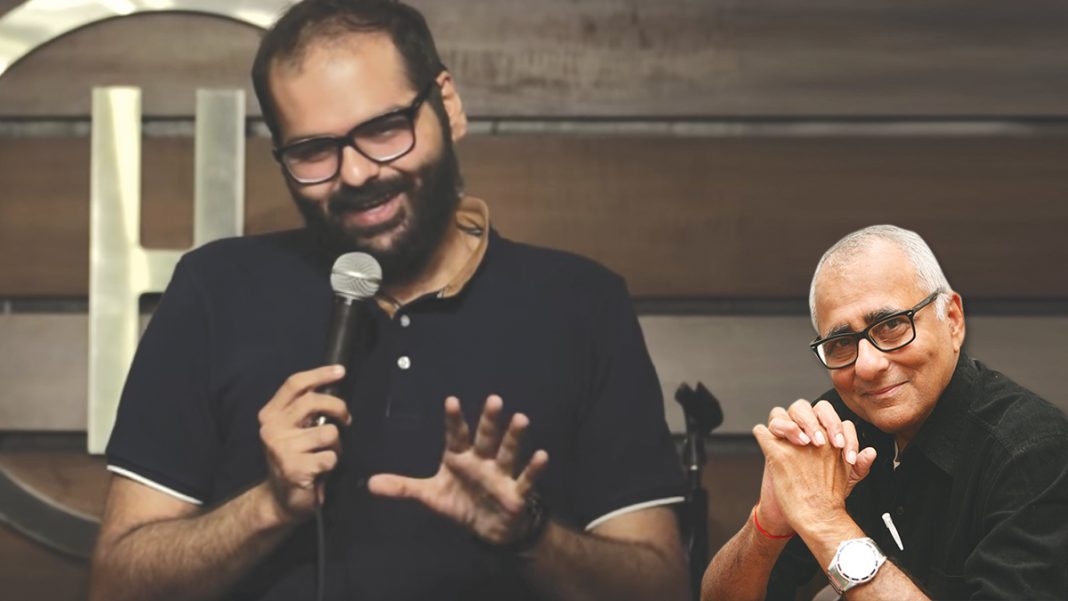 In this issue of India Legal (November 30, 2020), the piece de resistance is the double feature penned separately by Judge Kamaljit Garewal and Advocate Jayant Tripathi on the legal soup in which comedian Kunal Kamra finds himself after his satirical references to the Supreme Court in various tweets.

Attorney-General KK Venugopal has openly supported the move for bringing Kamra to heel through the criminal contempt of court law that carries a prison sentence “for lowering the authority of the Court”. And once again, a national debate rages fast and furious over the freedom of speech and its limitation as well as the definition of contempt especially in the light of partisans and lawyers taking politically motivated pot shots at the highest court in the land.

The case of Kamra, who in one tweet likened some judges of the apex court with an airline stewardess serving champagne to First Class passengers (as compared—ostensibly—to those waiting in the Cattle Class), both authors aver, is as close as we can get to medieval European court jesters or village fools.

As Tripathi puts it, as far as “lowering the authority (of the Court) is concerned, one can only remember the words of Lord Denning, who said: ‘Let me say at once that we will never use this jurisdiction as a means to uphold our own dignity. That must rest on surer foundations. Nor will we use it to suppress those who speak against us. We do not fear criticism, nor do we resent it. For there is something far more important at stake. It is no less than freedom of speech itself’”.

Kunal Kamra, as a practitioner of observational comedy, “ is as close as we can get in these modern times to the tradition of medieval European court jesters or village fools. Allowed to say anything they wanted, without fear of repercussions, these jesters and fools sometimes spoke bitter truths disguised as japes. In India, this tradition found expression in stories about Birbal and Tenali Raman”.

If the jester spoke the truth, a wise king, recognising the inherent wisdom in the joke, modified his behaviour, and if there was no truth in the joke, then it was just a fool’s jest which was recognised as such.

“By punishing a jester for making a joke, however puerile, we put at risk many things—our perspective, our right to free speech, our sense of humour, and most of all, our right to say what we think needs to be said.”

Adds Judge Garewal: “Kunal Kamra is a comedian. His job is to make people laugh. If people stop laughing, Kamra shall go to sleep hungry. And now he has suddenly been elevated to the status of a national joke-maker because the Attorney-General, like the good Queen Victoria, is not amused.”

Read Justice Garewal’s article: We are not amused

Garewal observes that since sanction has been accorded to a set of “humourless law students” to move against Kamra, no choice is left in the matter. An application for criminal contempt has been filed. The matter shall then proceed in glaring publicity. Kunal Kamra has already declared he shall neither apologise nor pay. “It would be a very sad day for our Republic if he is found guilty and sentenced to serve time, howsoever brief. The enfant terrible of the Supreme Court Bar was sentenced to pay a fine of Re 1, but he was found guilty of having committed contempt. This fate also awaits the comedian because no one is amused by his tweets.”

Both these trenchant essays by two eminently thoughtful jurists must be read in tandem and savoured. The comparison with “fools”, “clowns,” “jesters”, “stand-up comedians” is both interesting and relevant. Some of the best of them were created by Shakespeare.

Below is just a handful of Shakespearean fools from a selection of his tragedies, comedies, and more. (Source: OUP blog):

Feste, Twelfth Night: “Many a good hanging prevents a bad marriage.”
(Feste is a fool for the Countess Olivia and seems to have been attached to the household for some time, as a “fool that the Lady Olivia’s father took much delight in”. Feste claims that he wears “not motley” in his brain, so even though he dresses the part of the fool, he is not an idiot, and can see through the other characters.)

Touchstone, As You Like It: “The more pity, that fools may not speak wisely what wise men do foolishly.”
(Touchstone is Duke Frederick’s court jester, notable for his quick wit. He is an observer of human nature, and comments on the other characters throughout the play, contributing to a better understanding of the action.)

The Gravediggers, Hamlet: “What is he that builds stronger than either the mason, the shipwright, or the carpenter?”
(The Gravediggers (or Clowns) appear briefly in Hamlet, making their one and only appearance at the beginning of the first scene of Act V. We meet them as they dig a grave for the recently drowned Ophelia, discussing whether she deserves a Christian burial after having killed herself.)

The Fool, King Lear: “Thou shouldst not have been old till thou hadst been wise.”
(The relationship between Lear and his Fool is founded on friendship and dependency. The Fool commentates on events and points out the truths which are either missed or ignored. When Lear banishes Cordelia, the Fool is upset, but rather than leave the ridiculous King, the Fool accompanies him on his way to madness. The Fool realises that the only true madness is to recognise this world as rational.)

Trinculo, The Tempest: “I shall laugh myself to death at this puppy-headed monster. A most scurvy monster!”
(Trinculo is Alonso’s servant, a drunken jester who provides plenty of comic relief throughout the play. Caliban takes an instant dislike to him and his drunken insults. However, Trinculo becomes part of Caliban’s plan to murder Prospero which ultimately fails.)

According to the British Library (www.bl.uk): “Jester was an office in the medieval court, much like the other courtly offices such as chamberlain, steward and constable. Employed to amuse their noble masters, jesters did so through a variety of antics, sometimes physical and sometimes verbal. Jesters were expected to speak foolishly, glibly and with multiple layers of satirical or ironic meaning, frequently using puns, proverbs, or just nonsense to make their jests. Jesters thus had remarkable freedom to speak truth to power. In part, because they were often considered to be touched by supernatural forces, jesters were given far more rein to mock their masters than other more ‘normal’ but less privileged courtiers. King Lear’s Fool is perhaps the purest court jester in Shakespeare’s plays: glib, madcap, clever and insightful, he speaks bitter truth to his master the King, especially in those moments when Lear does not wish to hear that truth.”