Hybrid Hearing: Not a Necessity, But an Opportunity

The breakout of Covid-19 necessitated the formation of digital courts. However, not all lawyers are conversant with its intricacies. The way out is hybrid courts like abroad which will serve the citizens well. 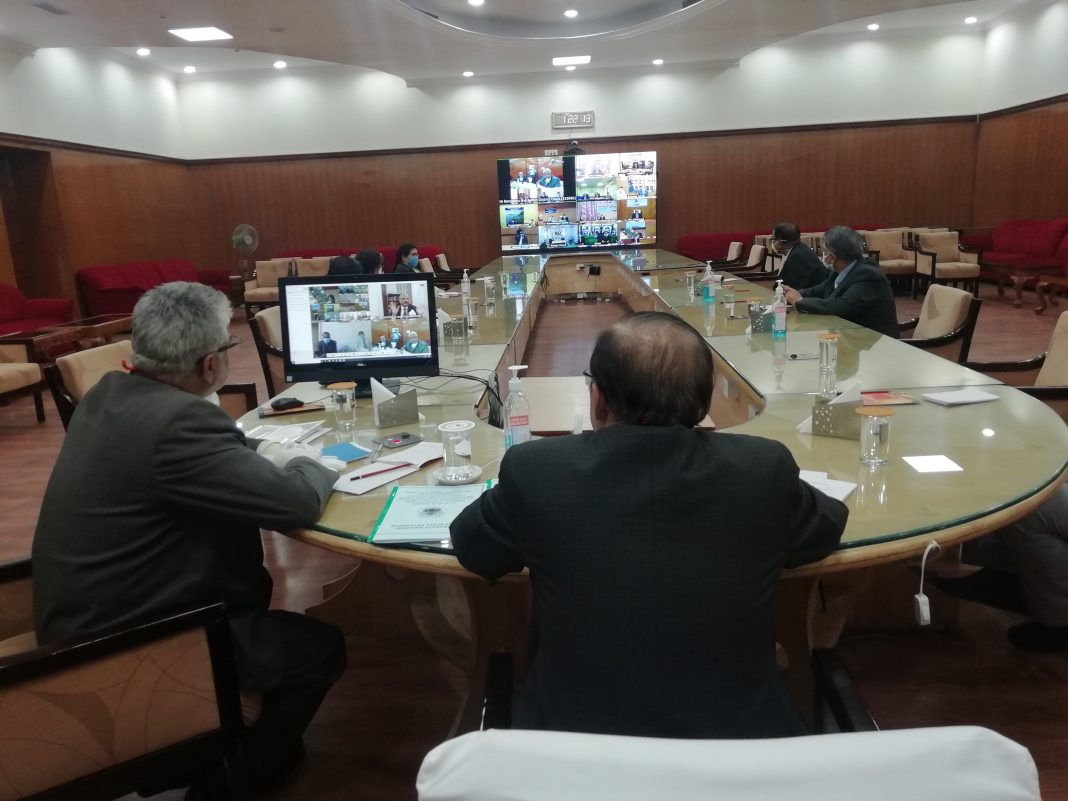 What was earlier an absolute exception has become a new common for the commons—judicial proceedings through video conferences to ensure functionality in the time of the corona pandemic.

All courts were closed around the globe between March-April 2020 and it was a challenging moment for the judiciary to offer a reasonable and sufficient level of judicial dispensation. In no time, an alternative mode was put in place with the uptake of video courts.

The Supreme Court’s e-committee, headed by Justice DY Chandrachud, understood the dynamics of the complex situation and seized the opportunity of technological transformation through virtual courts. The herculean task for the e-committee was not only to convert the physical court into a digital one, but to convert the mindset of lawyers from the concept of classical courts to the new virtual life. An unaccustomed system was called into their professional life with a different set of rules.

It has given them more problems than solutions. Some lawyers sat for an indefinite strike for a short period of time and some filed cases before the Delhi High Court and Supreme Court for resumption of physical hearings. Amidst all these views, the e-committee continued its efforts to upgrade the system swiftly.

Since the introduction of virtual courts, around one crore cases have been handled by the judiciary from March 2020 to May 2021 through video courts. The e-committee, by the publication of the draft model rules of live stream and recording, invited various suggestions from May 28 from all stakeholders. If it is implemented with precision and perfection, it will be a landmark achievement towards transparency.

Virtual proceedings were originally invented in 2005 to enable the court to expand its options with the formation of a national policy. It has come as a blessing in disguise, especially during the pandemic, enabling the court to function while ensuring the health of all stakeholders.

Phase-II was implemented in 2014 and the proposal for Phase-III is out now, anticipating further expansion. While this can be seen as an opportunity, the technical prerequisites and parameters, including security and integrity issues, need to be guaranteed for it to be as trouble-free as possible.

The stunning example of actress Juhi Chawla’s case in which external elements intruded into the court proceedings with songs from her films was shocking and raises the question of whether the authority of the court and the interests of the parties are adequately safeguarded in a virtual courtroom.

The drawbacks of virtual courts in India are many—lack of security features, network dominance and its connectivity, overdependence on technological providers and its operators, lack of technical know-how and requisite infrastructure, unequal access to technology, deficiency in bandwidth and connectivity, lack of coordination with the registry, scarcity of adequate communication between all stakeholders and lack of a permanent professional body for management of technology.

Lawyers, who are the most important stakeholders in the judicial dispensation, find themselves in a difficult position when their argument is unheard. In the midst of their argument, their virtual courtroom sometimes becomes an empty space due to lack of connectivity.

An ordinary lawyer is faced with many challenges, starting from the filing of his case. Lawyers become frustrated when the technology they depend on is incapable of reflecting the real spirit of their professionalism. Lawyers, like anyone else, don’t know how to fight against the obstacles caused by this unseen enemy.

Currently, adverse orders are not passed when there is a technical glitch. Some lawyers add to the chaos. While focusing on the case, they forget the nitty gritty of technology as they are not accustomed to it. And while focusing on the technology, they lose their case because of their anxiety in tackling digital technology. Some lawyers, who are duty bound to follow professional ethics by their own oath, lack strict adherence to such norms in remote courts. These are a few instances of practical difficulties at the adolescent stage, but can be overcome with the upgradation of technology and its know-how. This too shall pass if we adapt to the new reality.

The other aspect is the huge digital divide in the Indian population. The ordinary Indian is still illiterate and poor. Many lawyers in rural India and parts of urban India are still deprived of the digital world. However, they should not be deprived of a justice system wherein they are participants. Physical hearing and the right to fair trial shall decide the fate of a common man. Complete denial of a physical court without their consent is equivalent to denial of justice. There must be a harmonious balance between technological use and the rule of law.

Even after the lockdown is over, physical courts, though ideal, may not always be workable as corona is here to stay for a while. Hybrid courts, as exist in many jurisdictions around the globe, including the UK and Germany, are good alternatives. This is an opportunity for growth and stability of our system, including all stakeholders. Lawyers can expand their practice to other jurisdictions, including their parent bar. If we do not take the plunge, how can we ever expand?

Looking at technology as a useful tool to enhance the efficiency of the judiciary, especially in rural and tribal areas, Chief Justice of India NV Ramana expressed his desire to take forward the national plan for digitalised judicial infrastructure. He emphasised the right to access to justice as the prime fundamental right of the people of the country.

In November 2020, the International Court of Justice stressed the special role of virtual courts in securing human rights and the rule of law, particularly in situations of emergency during the pandemic. The current situation demands the Executive to go for massive expansion of new technology and the Legislature to make the requisite amendments to procedure codes to enable the judiciary to encompass the current eventualities.

Though technological transformation is born out of necessity, it can be an opportunity for better coordination of judges so as to detect a readily available judge for hearing a matter which was so far restricted to traditional jurisdictions. Jurisdiction of courts can be enhanced within each state so that the adjudication of cases can be shared amongst the judges. It will finally help the judiciary to curtail the pendency of cases. The new norm will be hybrid courts instead of physical courts.

Justice Chandrachud, in one of his letters to the chief justices of all High Courts, said that the constitutional guarantee of the right to access to justice, given to “We the people of India” under Article 21, encompasses the right of access to live court proceedings. The preface to model rules of live streaming and recording, which was published on the e-committee’s website on May 28, 2021, expressly states the committee’s intention to quickly set up infrastructure and additional facilities to enable live streaming and recording in order to instill more transparency, inclusivity and foster access to justice.

Read Also: Pfizer’s indemnity waiver: Asking too much for too little

As technology plays the role of a big brother, success lies in its management. If the technology is not appropriately administered with its own moral code of conduct, it defeats the purpose for which it was made. If it falls into the wrong hands, it will become an unbridled dangerous virus, ruining the taste, instead of giving flavour to it. It therefore needs multiple protections with an adequate system of safeguards and its management by independent professionals to protect the integrity of the judicial system.