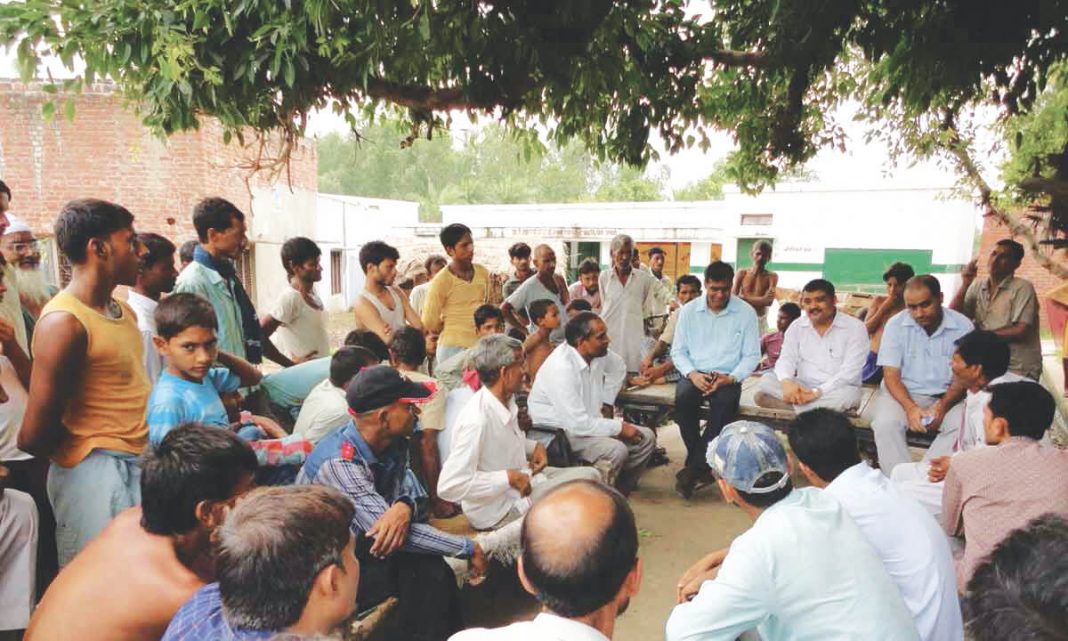 A recent appeal in the Supreme Court by the Youth Bar Association of India has suggested that the processes be made mandatory. It said that if implemented these would avoid adding to the huge pendency of cases already existing in courts across the country.

Do the words salis and salisee sound familiar? They are pretty normal in legal documents in Bengal even today. The more popularly known faisla, or a decision, is used across India in legal and other circles.

How these Persian words landed into Bengal’s legal dictionary is another story, but there is a school of thought that says that it was derived from Ain-i-Akbari, a detailed 16th-century document on the administration of Mughal Emper or Akbar. It was written in Persian by his court historian Abu’l Fazl. Ain-i-Akbari is only Volume III and the final part of the Akbarnama.

It was apparently the wisdom of Akbar, but was derived from centuries of the ancient practice of mediation. Such practices cut across religion and ethnic prominence and developed within the microcosm of society, searching for peace and order. Thereafter, certain transient legislations were passed by the East India Company before the British established a proper judicial system.

Bengal’s historical connection with the Greeks has been amply depicted through the presence of enough artefacts, but there is no evidence of Greek mediation processes within our society.

According to an interesting dissertation presented by Gourav Kumawat, on International Commercial Arbitration With Indian Aspect, on June 19, 2019, and as published by the Michigan Science Centre, the “Bengal Regulations of 1787, 1793 and 1795 were the first to introduce the concept of the courts referring matters to arbitration as well as the procedure for the conduct of arbitration proceedings”. There are also Arabic words seeping into our legal system, such as Tahkeem, the Arabic word for arbitration, and Hakam, the word for arbitrator. We would know the latter better as Hakim.

In India, the process has been as old, if not older. According to the Origin and Evolution of Panchayats in India with Special Reference to Assam, “the literal meaning of Panchayat indicates its formation and function: Panch + Ayat = Panchayat. It is derived from the Sanskrit words Panchen and Ayatanam. The Sanskrit word Panchen means five members. A body formed by five wise people to arbitrate and settle disputes is called Panchas. Further, Ayatanam denotes the place or office. So, in this sense, panchayat means an office of Panchas. These five members are sacrosanct in Indian mythology.”

If we have learnt anything from history, it is that a stitch in time, away from the courts, saves at least nine years of our lives in hearings and court fees. A pre-court dispute redressal system does exist in India, where family disputes and agricultural land disputes can be treated by a senior lawyer or even a retired judge. But decisions taken here are mostly not enforceable in courts of law. This makes this entire system completely redundant and a fairytale of sorts.

To this end, a recent appeal in the Supreme Court, by the Youth Bar Association (YBA) of India has suggested that alternative and pre-litigation processes be made mandatory. This, they said, would avoid adding to the huge pendency already existing in courts across the country. This petition has the potential.

YBA says that the proper use of Alternative Dispute Resolution (ADR) mechanisms will help control frivolous and vexatious matters coming up for litigation by affording an opportunity to parties to come together and settle their disputes amicably before any litigation can commence. More importantly, though, it will help a poor man save things he’d be required to put on mortgage as he enters the hallowed corridors of Indian judiciary.

The Supreme Court bench of Chief Justice SA Bobde and Justices AS Bopanna and V Ramasubramanian have agreed to hear out the young lawyers and issued notice. That’s a good start.

A legal platform already exists to lay the plinth. Highlighting the purpose of ADR, governed by the Arbitration and Conciliation Act, 1996, and the Civil Procedure Code, 1908, particularly Section 89 of CPC, the petitioner submitted that “with the introduction of these provisions, a mandatory duty has been cast on the civil courts to endeavour for settlement of disputes relegating the parties to an ADR process. The object of the introduction of Section 89 was to ensure that Courts make an endeavour to facilitate out of court settlement through any of the five ADR methods as referred to in Section 89: (a) Arbitration, (b) Conciliation, (c) Judicial settlement, (d) Settlement through Lok Adalat, and (e) Mediation.”

All these are derivatives from the “courts” that the five wise men held in ancient times. Only, these are mostly not enforceable. If, as per the petition, such mediation processes are made mandatory, then there is a strong case of making them enforceable as well. Every law or judgment has to have teeth. Yes, khap panchayats of some villages do have teeth. But those are not legal the court does not condone beating up of a Dalit family for daring to enter an upper caste house, or a Dalit man for sporting a moustache. These have happened.

When power is delegated in India every action has to be controlled. Limits have to be drawn in bold chalk. Immediate reprisals will have to be promised and carried out. At this point ADR’s decisions are treated like friendly suggestions. The cases evidently end up in a court of law and into a web of intricacies and delays. Our ancient traditions need to gain traction and social respect. The people sitting in judgment have to be selected carefully, keeping in mind their social status, acceptability and neutrality. This, probably, would be the job of the courts. If the Executive were to decide the composition of such panchayats and other dispute resolution systems, they would return to fallacies. It has been a good beginning. Hope the outcome is laudable too.

Did you find apk for android? You can find new Free Android Games and apps.
Share
Facebook
Twitter
Pinterest
WhatsApp
Previous articleTransfer of case not possible on mere apprehension of danger, says Supreme Court
Next articleWhat are the Various Types of Contract?