Gender parity in judicial system: A human fight, NOT a female fight 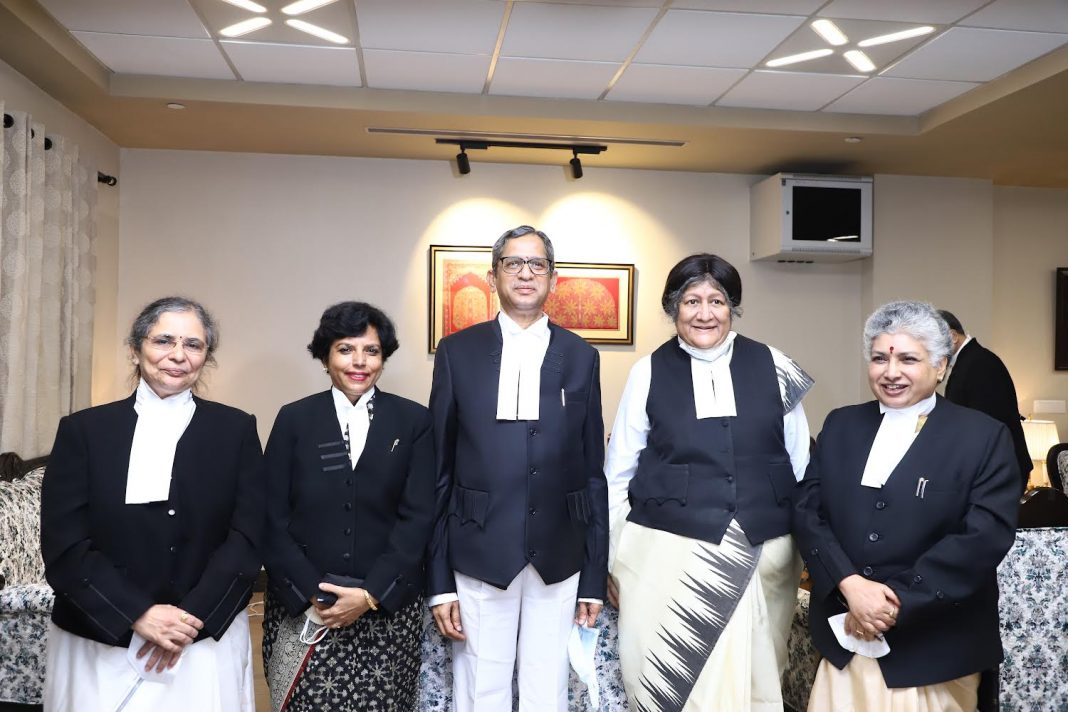 Breaking the glass ceiling in a predominantly male-centric profession has been much abated over the course of history, nevertheless, the issue of gender parity and its tryst with the Indian judicial system has assumed the role of a Faustian bargain. Keeping this issue in the fore, the Supreme Court Women Lawyer’s Association (SCWLA), moved the Supreme Court of India to voice the collective concerns of women lawyers and their appointment as judges of the High Court in the case of M/s PLR Projects Pvt Ltd v. Mahanadi Coalfields Ltd. I had settled the application, since I was going to argue the same as the idea was to appraise the Hon’ble Apex Court of the dire ground-level realities, professional orphanization of women in the legal field and hence demands were placed in view of the broader picture of achieving a gender-balanced judiciary but fate had other things in store for me and I was unable to appear as I was down with Corona.

I had the privilege of putting across my points and stressing for gender parity before the 5-Judge Bench hearing the NJAC case. My arguments gauged the normalization of structural bias and institutional discrimination against women of the law. Although, the Bench seemed to be positive and accepted my arguments, the same never came to be reflected in the judgment, neither the application of SCWLA, nor my name or the arguments. It was then that I realized that even the judges of the Highest Court had this hidden bias towards women, because of their patriarchal Indian mindset.

Leaving aside frantic paternalization, heated academic discourses and on-paper activism, the treatment of able and meritorious women at the Bar need incentivization for their work, grit and determination towards the profession. A rather ubiquitous question of diversity and representation has to be factored into the  prevalent fabric of the higher Judiciary in India. However, it also prompted me to question “Why not enough women in the judiciary at higher levels?” whilst placing my arguments before the Hon’ble Supreme Court of India. Highlighting the wealth of women lawyers and their professional prowess, I also highlighted how there is no dearth of women candidates, their talents and capabilities were often eclipsed leaving them orphaned from positions at the judiciary by the Collegium. Upon unpacking and unearthing an entrenched male bigotry at the Bar Association manifests into a deadlock between the systemically entitled and the deserving wherein the discriminatory treatment becomes the order of the day at the will of the former category of people.

Reflexive to such demands are piecemeal arguments about how there are women appointed as judges at the Higher Judiciary, disregarding the male:female ratio which remains dismal to a point of mere tokenism in the name of representation.  Through my arguments, I endeavoured to highlight how the judiciary did not take cognizance of women representation, requesting judicial reflection upon the indelible alienation of women.

The systemic bias coupled with domestic obligations of women pose a two-pronged path carved by parochial mindsets and reinforcement thereof. The presumption of feminine qualities and having to balance against affirmative advocacy at the courts, women litigators are often found traversing a rather fine line between being labeled cantankerous on one end and incompetent on account of being docile on the other.

If numbers were to be believed, per the India Justice Report, 2019, representation of women as presiding officers at the Lower Judiciary amounted to 30%, which further dipped to 13% at the Higher Judiciary. This means that while one in three judges in the Subordinate Courts is a woman, in the High Courts, only one in nine judges is a woman. The figures demonstrate that the glass ceiling in the country’s judicial system remains intact. As per the report, the aspirations of gender parity in the justice system remains elusive. At the high end, women’s inclusion remains in dismal single digits and so, patriarchy and its violent impacts remain unchallenged.

Women are born and raised to multi-task from their childhood. They have the power to multi-task like no one else and that’s what helps them to be at the top rank, better than men, in this field of legal services. Like a computer, they process simultaneous tasks, in addition to planning a large amount of work. They can handle both, their job and household activities. They are more patient than men as men are slower and less organised than women when switching rapidly between tasks. The Former President of the Country, Smt. Pratibha Patil, handled the nation being a president as well as handled her family responsibilities. From leadership, to multitasking, to the ability to power through thankless tasks, women have skills that could benefit all firms. It proves to be yet another reason for women to join the legal and judicial ladder soon enough!

The abysmally low percentage of women in constitutional courts coupled with their deflated prominence at the lower judiciary further consolidate the need for immediate recognition for inducting more women to the bench. Parity of sexes in every institution must be the goal of a modern progressive society.

Considering the fact that we are all Indian citizens, we should rise to the occasion and should be able to serve the country in any corner. When service is the motto, the States should welcome Women to serve the judiciary to the fullest. It should not be that the woman sought to be elevated should be sent to their respective home state only.

If the Judiciary accepts the suggestions put forth, it would pave the way for meritorious women practicing in the Supreme Court of India to be elevated to the High Court in Judicial positions and serve the country.

More than anything, the country will stand to benefit!

Did you find apk for android? You can find new Free Android Games and apps.
Share
Facebook
Twitter
Pinterest
WhatsApp
Previous articleWomen’s Empowerment: From 18 to 21….
Next articleGauhati High Court registers suo motu PIL on indiscriminate felling of trees in Aizawl