The imposition of a global tax rate of at least 15 percent on multinationals by G20 finance ministers recently is a positive effort to deter tax dodging and end tax havens. But it remains to be seen how the contemplated tax structure will be implemented. 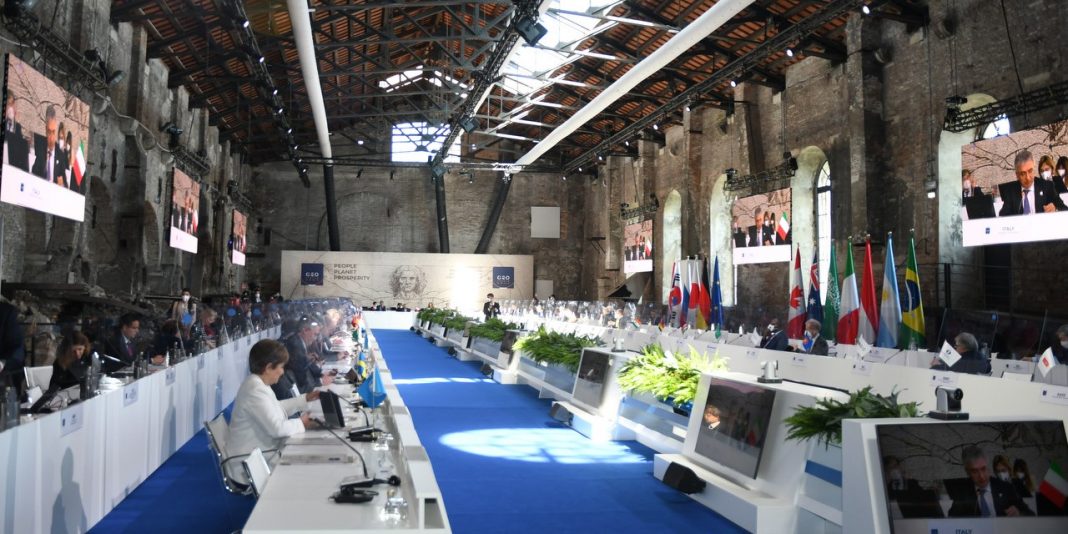 Led by G20 countries, a total of 132 nations and territories have signed up to enforce a floor rate of corporate tax on multinational enterprises—some of them larger than small nations—trying to squeeze out revenues due to the company’s country of operation and areas of profit. This has been a major headache in international accounting and this 15 percent floor rate, if enforceable, will bring under control massive base erosion that has happened over the years. The main targets are companies such as Apple, who avoid paying tax in the US, despite selling most of its products there, filing its taxes in Ireland, a low tax zone.

While it remains legal for a company to shift base, the erosion effect will be minimised by the floor rate that companies such as Apple will have to pay, even in Ireland. The Netherlands, another tax haven, has yet to join the group, but if the movement is strong enough and enforcement can be ensured through a tough mechanism, the Netherlands may, one day, agree to join in.

The axiom of freedom of enterprise was taken to the limit by these major enterprises. Apple, for example, has booked revenues of $214.9 billion offshore. Had it been paying its taxes in the US, it would have owed the US government $65.4 billion in taxes. That is a little less than the entire revenue of Reliance Industries.

The amounts are massive. About 50 biggest US companies have stashed approximately $1.6 trillion (a little more than the GDP of Russia) offshore. These companies include giants such as Microsoft, IBM, General Electric, Pfizer, Exxon Mobil, Chevron and Walmart, etc. In all, the earnings of these companies from operations around the world totalled $4.2 trillion, that is a little less than the GDP of Japan (the third highest in the world, pre-Covid data) and a little more than Germany (the fourth highest). In doing so, they have booked their profits so strategically across different tax havens, that they have ended up paying, on an average 25.9 percent tax, way lower that the 35 percent they would have paid in the US. Other developed nations have tax rates that are even higher.

G20 is an informal grouping of countries who are members of the Organization for Economic Cooperation and Development (OECD), as well as Argentina, Australia, Brazil, Canada, China, France, Germany, Japan, India, Indonesia, Italy, Mexico, Russia, South Africa, Saudi Arabia, South Korea, Turkey, the UK, the US, and the EU. Spain is a permanent guest. The current grouping is called G20+. Good that a general consensus has been reached, but how does this tax structure work, even if it is enforceable?

To get a better picture of what has been achieved, we can take the example of the tax structure of India.

The application part of the worldwide floor taxation rate is complicated. In India, for example, taxes on corporate income are categorised as taxes on a resident company and taxes on a non-resident company. Tax rates in India for non-resident companies are higher, but an India-based multinational will be taxed on its worldwide income. That complicates matters, because the clauses of Double Taxation Avoidance Agreements (DTAA) with different countries will be in play here. How, then, a flat 15 percent floor rate in operations abroad will be applicable is not clear.

In India a non-resident company is taxed only on income that is received in India, or that accrues or arises, or is deemed to accrue or arise, in India.

Foreign companies that have a Permanent Establishment (PE) or branch/ project office in India are taxable at the higher basic rate of 40 percent, which, with applicable surcharge and education cess, results in a rate of either 41.60 percent, 42.43 percent or 43.68 percent. India is setting up legal structures that will now force all multinational enterprises to have offices in India, submitting themselves to the legal and financial systems and jurisdictions of the country.

Even India has a Minimum Alternate Tax (MAT) regime. This is an interesting concept that accrued from the government’s plan of bringing more corporate bodies into the tax net. Companies can claim several concessions as per law, decreasing its tax dues to nearly zero. With this in view, MAT was introduced via the Finance Act of 1987. When a company has reduced its profit to zero, hence in the non-taxable bracket, the government deems a certain percentage of its book profit as taxable income. It is applied when the taxable income calculated according to the IT Act provisions is found to be less than 15.5 per cent (plus surcharge and cess as applicable) of the book profit under the Companies Act, 2013. It also introduced the MAT credit system. If a company has a book profit (that is operational profit, before all exemptions) of Rs 100 crore, it is required to pay a minimum tax of Rs 15 crore (MAT rate has been around 15 per cent). However, if the company’s normal tax liability after claiming deductions is Rs 10 crore (which will be less than MAT), then the company has to pay the remaining Rs 5 crore as MAT and use a Rs 5 crore MAT credit to pay tax in the future.

This can be used, conversely, by Indian multinationals to exist in a minimum tax regime within the general taxation system of the country. However, this cannot be a permanent solution, but there are accounting possibilities. Hence India can be called a dual tax regime system, though non-resident companies will have a tough time availing of standard deductions.

If such dual systems exist in India, one of the above-average taxation environments of the world, there are several more around the globe that can accommodate companies, despite having signed this floor level taxation agreement. Hence, implementation of such taxation will be tough.

The counter argument is, what will the US gain from this taxation? If Apple, say, does pay its 15 percent in Ireland and 15 percent of whatever micro level of business it shows in the US, does that benefit the US exchequer? These details are likely to be worked over at the next G20 meeting and in many more meetings thereafter.

Alternately, since base shifting has remained legal, one may find, say, Indian multinationals based in the UK, as well as in the Netherlands, shift accounting base totally to the Netherlands. It is beyond the scope of G20 to force the Netherlands to join the 15 percent league. It has been seen, in the effort to homogenise banking regulations around the world, that this was not acceptable to many geographies. Also, it was accepted during the two-day G20+ virtual meet headquartered in Venice that it was okay for countries competing to offer lower tax environments to companies.

The floor-rate idea shirt is too crumpled at the moment to wear to a banquet. The ironing out will take time.