The Johnny Depp-Amber Heard defamation trial resonated all over the world. Depp won this round and Heard is set to appeal the verdict. What does this mean for celebrity spats in India? 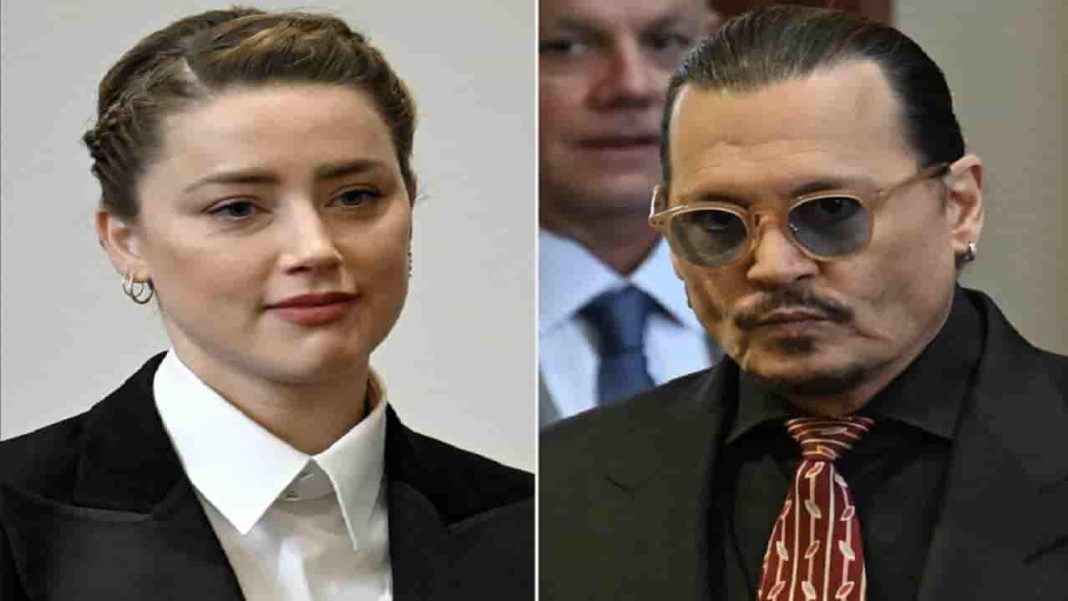 Before the salacious Johnny Depp and Amber Heard trial, there was the OJ Simpson one. The 1990s big ticket trial exonerated the American football legend of killing his wife and her friend. The greatest flush of network TV took off then, spawning among other things, the Kardashians, whose father was on OJ’s team of defence counsels.

The currency then for getting TV cameras and the paparazzi following you depended on who your mommy or daddy was or what you wore. This was especially after Princess Diana’s death in Paris, caused by superbike-borne paparazzi who were chasing the limo she and Dodi Fayed were in. This had in the end left behind a mangled heap of steel, three bodies, organic matter, an England in gloom and a shocked world.

The 2020s is a different planet. Social media has made us compulsive slaves, hooked always to the smartphone, chasing each tweet or Instagram reel or Facebook post as if the consumption of digital chaff was all that our minds craved for. We aren’t even talking of the now-banned-in-India TikTok, which, given its USP, keeps one forever scrolling through inane videos. Consume, consume, consume as your data of gorging on content is being harvested for never-seen-before content via multiple clouds.

Virginia Circuit Court Judge Penney S Azcarate allowed the live telecast of the Depp-Heard proceedings from April 11, 2022. The trial was beamed live from the courtroom in Fairfax, revolving around Depp’s claim of defamation by Heard in a Washington Post article which didn’t name him, but hinted at spousal violence.

Following this article, Depp was dropped from Disney’s Pirates of the Caribbean franchise’s latest outing, a product which had gained worldwide fame because of his character in it. Other projects also got shelved given the spousal assault’s impact on Depp’s career.

Though Depp lost his libel case against The Sun in the United Kingdom for the tabloid calling him Wife Beater, the case in the US was different—it was defamation. Here, Depp was suing Heard for defaming him, while in the UK, he had sued a tabloid. It was a no-holds-barred back-to-the-wall fight for survival by Depp, who was intent on revenge for being cancelled on the strength of Heard’s claims or so the papers that led the #MeToo coverage claimed. It turned into an ugly slugfest on social media with several trending words in favour of Depp. The ones which trended for Heard were not very kind to her.

It is not that Depp came unscathed from the trial. The ugly memories of the assault or even situations close to assault depict a man turning into a monster by his addiction to drugs and alcohol. One toke over the line? There were bits about parts of his little finger being sewn back while evading a bottle of alcohol hurled at him by Heard. He did come across as a man unwilling to acknowledge that he had sent some of these abusive messages, heaping unwarranted cusswords on his divorced wife. Depp’s coarse outbursts rippling with single-word expletives didn’t show him as savvy, a word the pirate Jack Sparrow enlivens on screen.

Depp’s alcoholism mirrors that of writer-journalist Hunter S Thompson. The two met when Thompson’s book Fear and Loathing in Las Vegas, a milestone in his Gonzo Journalism genre, was to be adapted for the big screen. They stayed friends until Thompson committed suicide in 2005. Depp paid for the writer’s funeral. Incidentally, Depp met Amber Heard on the sets of The Rum Diary, another film based on Thompson’s novel of the same name.

The Depp-Heard courtroom drama eclipsed many other things. There’s a war going on in Ukraine, a US Supreme Court judge’s draft paper was leaked which could overturn Roe vs Wade, a landmark decision upholding the right to abortion…. Even Elon Musk’s attempt to edit Twitter into submission was overrun by the Depp-Heard masala. Musk was also due to testify as a former boyfriend of Heard’s, but got cold feet later, like many others.

The question that arises is what if cases are televised in India? There is a plea being heard which wants telecast of live court proceedings on YouTube or elsewhere of the case seeking recognition of same sex marriages under relevant laws. The plea has sought live telecast as many LGBTQIA+ would like to follow the case across the country. The verdict isn’t out yet.

If celebrity cases were to be streamed live like the Depp-Heard trial, every 24-hour TV channel will jump into primetime with them for more TRPs. The TV industry will be rubbing its hands in glee; waiting to land a fat, buttered lobster or a maha spicy soyachaap (depending upon vegetarian or non-vegetarian preferences) with just the right sprinkle of salt and pepper.

It has had several dry-runs in trial by media. Remember Shashi Tharoor and the hullabaloo over the suicide of his wife Sunanda Pushkar. Every detail, every message was flashed on TV tickers and became exclusives. Why go that far back? Shah Rukh Khan’s son Aryan Khan was made out to be this Pablo Escobar wannabe just for being aboard a cruise ship in which some drugs were found. Or Rhea Chakraborty in the Sushant Singh Rajput case, vilified at first for being the evil girlfriend responsible for the unfortunate suicide, she then became this international drug conduit for passing on some ganja. All three were exonerated by the courts later, but what the heck, why wait for the courts to dispense justice when it can be delivered in a high-decibel, spittle-spraying TRP showdown in Noida’s Film City.

That overdrive has made TV channels go for their own jugular; like a rabies-maddened attack dog biting itself into shreds in its frenzy. Case in point, the last few weeks saw how a TV host didn’t stop a spokesperson of a political party from muttering inanities insulting Prophet Muhammad.

The country is now in a diplomatic soup because one anchor didn’t step in to cut down anti-Muslim venom. Hopefully, celeb pish-pash will help dial down the anti-Muslim rhetoric or hate on mainstream TV.

Imagine a suing frenzy between Kangana Ranaut and Aditya Pancholi or Hrithik Roshan. They have had shocking things to say about each other. Or any set of warring celebrities now on opposing sides due to petty likes or dislikes or ideology. Yellow or not, journalism or social media, this will be a war of perception with stars acting out every slight, every insult and harm, just like Amber Heard’s meltdown over her promised donations to charity choked out of her by Depp’s lawyer Camille Vasquez. Or for that matter Yo Yo Honey Singh and his estranged wife, which would possibly reveal the real reasons behind a song like the popular four bottles of vodka.

More legal battles will come into sharp focus like those between jaded couples finding a new lease of life. It will possibly be much easier than gagging on an actor making himself a subject of ridicule for asking how many Hindu kings we studied about in school before being forced to mug-up the Islamic conquest of India. That was Akshay Kumar, if you didn’t know.

His mega project on a long-dead king who may have attacked more of his Hindu rivals than the invaders from modern day Afghanistan isn’t rocking the box office like it was expected to. Despite tax free status, Samrat Prithviraj is getting the cold shoulder. Is heartland India tired? Perhaps. Unsatisfactorily answered question marks hang in the film’s wake. While some chose to contest in court Prithviraj’s caste origins ahead of the release, others sought illumination on how the medieval legend who rode the storied Chetak into battle and died at age 26, could credibly be essayed by a man in his mid-50s.

Litigation is serious business. It invariably outs dirty linen. For instance, the trending story a few days ago was that a soldier’s wife put out a picture of her husband with a dog’s mug on social media. The jawan has filed a complaint and is sure to lawyer-up. One can’t wait to see what such a trial, if it comes to that, will unveil. Res Ipsa Loquitur!