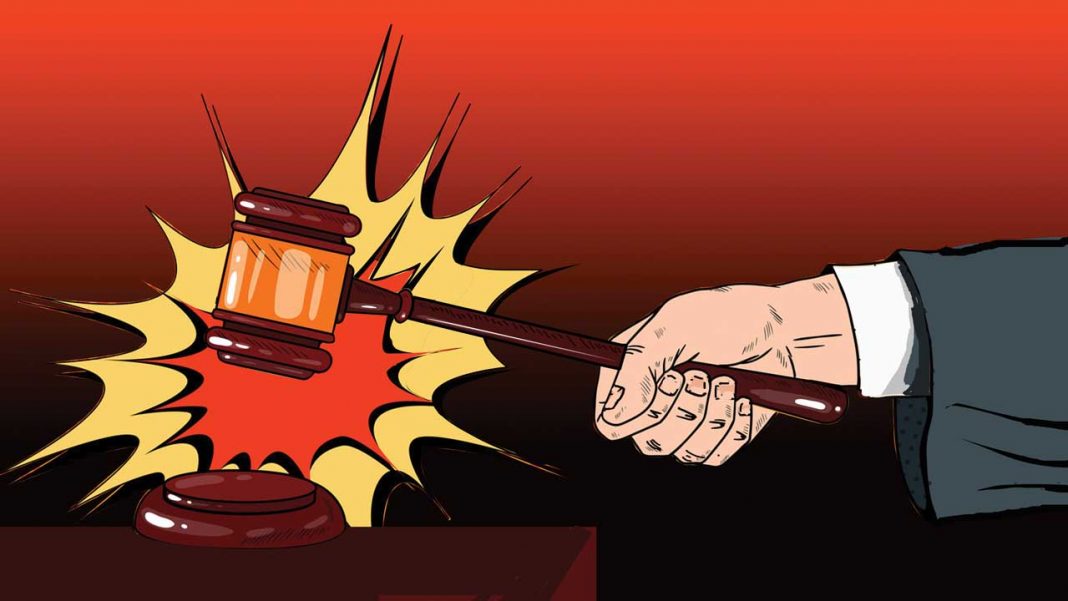 Under the Judges (Protection) Act, judges have protection for decisions rendered in the course of their duty. Yet, quite often, they are made parties to judicial proceedings, though this is neither “necessary” nor “justified”

There is an unanimity of elite opinion that Justices should have personal protection for decisions they render in the course of their judicial duty. That principle was enshrined in an 1850 Act. Even if colonial, the statute is remarkably brief and besides the Preamble consists of only one operative section conferring wide protection on judicial officers and persons executing decrees and orders passed by the judiciary in exercise of its functions. And the protection was extended to a judge even if she acted in excess of jurisdiction, provided she acted in “good faith”—which according to the IPC covers only acts which are done with “due care and attention”.

But the Law Commission of India further considered revisions suo motu (in a learned report by Justice KK Mathew—the 104th Report, October 10, 1984). It proposed an extension of that Act India-wide (excluding the state of Jammu and Kashmir as was the practice then) and brought it more in line with the Indian Penal Code definition of a judge. The Commission proposed: “No Judge shall be liable to be sued in any Civil Court for anything … done by him, when acting judicially in the exercise of any power which is given to him by law, or which in good faith he believes to be given to him by law….” And Section 78 of the Code protects acts in pursuance of any judicial order even when the Court “may have had no jurisdiction to pass such judgment”.

The 1850 Act was finally amended in 1985 and importantly, enacts an inclusive definition of a judge as extending to an individual or is a “body of persons which is empowered by law to give in any legal proceeding a definitive judgment”. The latter term includes a judgment which on “appeal would be definitive” or “if confirmed by some other authority, would be definitive”. Further, “no Court shall entertain or continue any civil or criminal proceeding against any person who is or was a Judge for any act, thing or word committed, done or spoken by him when, or in the course of, acting or purporting to act in the discharge of his official or judicial duty or function”. The protection is extensive and applies to ex-judicial persons as well.

However, plenary powers are now vested in the government (central or state) or the Supreme Court of India or any High Court or any other authority under any law in force to take “to take such action (whether by way of civil, criminal, or departmental proceedings or otherwise) against any person who is or was a Judge (Clause (2), Section 3). These appear vast but in reality, their arc is quite small. The Constitution of India requires that “any law in force” is subject to the judicial test of “reasonableness”; a law reeking with arbitrariness is not a valid law. Besides, the law may have to meet the basic structure and essential features doctrine (as developed by the apex court) when invoked as a technology of statutory construction. This clause does not trench on constitutional powers or allow any authority to assume disciplinary action. However, any infarction of judicial powers may not be authorised by a law. Despite the powerful judicial presumption of the validity of all laws, the law prevails only if the action under it is held constitutionally valid.

All this may be fine, but in practice, judges have been made parties to judicial proceedings, though in 1999 (Savitri Devi), the Allahabad High Court described the tendency of impleading judicial officers by name and the institutional designation as a “disturbing” practice. It continues to prevail even now. Most recently (on September 15, 2020), the Gauhati High Court (per Chief Justice Ajai Lamba) in Rahebra Bagari v Sub-Divisional Magistrate strongly deprecated this practise as neither “necessary” nor “justified”.

The Court emphatically stated that such a practice “shall result in demoralising judicial officers” and cause the “loss of public faith” in specific orders as well as the judicial system as a whole. An appeal or review of the order, it further stated, may be a legitimate step towards judicial accountability, but it is not fostered at all by impleading judicial officers, who are fully protected in acting judicially by the 1850 and 1985 Act. Taking a “serious view” of the “complete disregard” of the law, the learned chief justice dismissed the petition and awarded Rs 10,000 to be deposited with the  Assam Legal Services Authority.

We do not have empirical research to suggest that this practice is a widespread feature of the organised Bar, but the fact that some lawyers still implead judges despite the legislative prohibition, and judicial strictures, warrants some determined action. Should not the Bar Councils and the national Bar Council draw renewed attention of all lawyers to the statutory provisions and judicial despair? Should not the registry of courts have the petitions amended according to law before reaching the judicial docket? And how about suitably amending all the Supreme Court and High Courts Rules to secure total compliance?

If the Bar is concerned in principle with some immunity conferred on judges, a constitutionality challenge to the legislations can, of course, be made, but to the best of my knowledge, this has not been done.

Yet, we must end with a puzzle: may even the Chief Justice of India (CJI) be expected or required by the Court to file affidavits and counter-affidavits? Further, should this high constitutional official be exposed to the requirement of judicial deposition in open court? Should this high office be further exposed to an adverse inference in case the CJI does not further depose, personally or though lawyers? This is what nearly happened when the entire Bar was a party to the decision in the First Judges case!

Chief Justice Yeshwant Chandrachud filed a counter affidavit to Chief Justice KBN Singh of the Patna High Court (on 21 September 1981), but did not depose. Chief Justice KBN Singh responded (October 18, 1981); both these are reproduced as appendices to my book Courage, Craft, and Contention, 1985). Justice DA Desai examined this affidavit devastatingly and Justice PN Bhagwati agreed, highlighting his own reasons. I believe that this action was violative of the 1850 Act, but so overwhelmingly concerned everyone was with the question of “Crown” privilege (which stymied judicial accountability) that this issue was not even raised. What would have happened if the Court had rejected the CJI affidavit? Justice PN Bhagwati went so far as to describe some averments as “delightfully vague”.

The deeper question concerns the meaning of judicial duty in the context of the judicial collegium which decides on the elevation of Justices to the Supreme Court and transfer of High Court Justices. Are these acts purely administrative performances or acts of high fidelity to judicial duty? No person has a right, fundamental or any other, to be appointed a judge nor when once appointed any immunity from transfer to another jurisdiction. But how may the duty to give objective reasons for decisions, (as stipulated by the apex court itself in a catena of decisions) extend to any judicial collegium?