The US Supreme Court’s Moment of Truth

President Joe Biden is making his first court appointment. Will ideologically split political parties treat the nominee, Ketanji Brown Jackson, to a theatrical takedown over issues which have little to do with jurisprudence or judicial temperament? 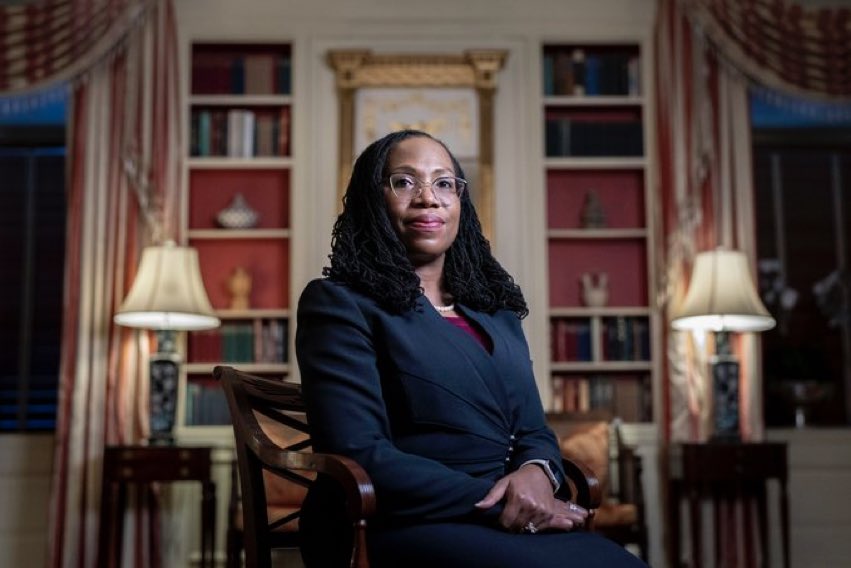 Will the US Senate confirmation hearing for President Joe Biden’s nomination of Ketanji Brown Jackson to the Supreme Court become just an effort to feed opposition to Biden? America’s Supreme Court has only nine members who serve lifetime terms, so perhaps it is understandable that ideologically split political parties will treat the nominee to a theatrical takedown over issues which have little to do with jurisprudence or judicial temperament. This has happened so many times in the last 40 years that no one is expecting anything less with the nomination of Jackson, Biden’s first court appointment to replace the retiring Justice Stephen Breyer.

The Court plays an increasingly important place in a society that has large groups at opposite ends of the political, ideological and social spectrum. Abortion, the Second Amendment regarding gun ownership, issues around equality and immigration are all before the Court or about to be there. These issues are big right now, but in the larger sense related to the relationship of the federal government to its citizens and how to protect these rights when state governments have opinions that appear contrary to the national Constitution. More than 20 states want or have already enacted legislations making voting more difficult. Since voting is run by the 50 states and not the federal government, this is a giant issue of fairness.

Historians point to the awakening after the World War II that America’s constitutional principles were not equally applied to minorities and women, especially in the southern states.

Also Read: Another Take on Education

While Congress was incapable of solving some of the issues, it was the US Supreme Court under the leadership of then Chief Justice Earl Warren who shifted everything in a 1954 decision to end school desegregation. The arguments before the Warren’s court urged the use of the equal protection clause and the due process clause of the 14th Amendment be applied to states. The Amendment came post Civil War, designed to prevent southern states from effectively reimposing a form of second class citizenship on former slaves.

The lawyer behind that case was Thurgood Marshall, who was legal counsel for the National Association for Advancement of Colored People. In 1967, he became the first black justice of the Supreme Court serving until 1991. Those looking for historical references might remember that his successor, Clarence Thomas, had contentious nomination hearings chaired by then Sen. Joseph Biden from Delaware. Republicans hold a 6-3 super majority on the Court, thanks to three conservative judges appointed by former president Donald Trump, including one shoved through the Senate only weeks before Trump lost his re-election bid in November 2020. For this reason, the appointment of Judge Jackson, whom Democrats consider an appropriate choice, will not change conservative control but might encourage a different way of looking at some issues.

Jackson would be the first black woman on the Court and only the fifth woman appointed. In the 235-year history of the Court, there have been just 115 justices, only seven of whom were not white males. Biden made it clear while campaigning in 2020 that he intended to name an African-American woman to the Court on the basis of credentials, diversity, and as an appeal to African-American voters. Since judicial and personal temperament were big issues for the Democrats opposing the nomination of Justice Brett Kavanaugh in 2018, this year’s process is in for a show, especially from Republicans aspiring to earn the loyalty of Trump supporters.

Federal Appeals Court Judge Jackson, is a graduate of both Harvard University and Harvard Law school. Opposing her in the hearings are several Republican senators, also products of prestigious law schools, but with presidential aspirations. Principal among these are Josh Hawley, Ted Cruz and Tom Cotton, who dismissed any notion of even-handed approach in statements made in the past few weeks. Initially, the Senate Republican leadership telegraphed they would not put up a major fight. Yet, Senator Josh Hawley of Missouri, regarded as a publicity hound by Washington journalists, rolled out an attack on Judge Jackson. His talking points are a contentious assessment of her trial court record on sentencing in pornography cases, which multiple legal experts said was a misreading of her record. He also criticised her reflections outside the courtroom on issues related to teaching the history of black slavery in America.

The shifting political mood in America can be seen in comparing the events with Judge Jackson’s first judicial appointment in 2012 as a federal trial court judge. Her introduction then to the Senate Committee came from Republican representative Paul Ryan, a relative through marriage, who was well respected by other Republicans. He later became Speaker of the House. Of Jackson, he said: “Our politics may differ, but my praise for Ketanji’s intellect, for her character, for her integrity, it is unequivocal.” Now, a decade later, ideological aspects reflecting former President Trump’s behaviour animate the Republican Party. This will be on full display in her four days of a nomination hearing.

For her part, the judge is the daughter of a lawyer, has experience as a trial lawyer and clerked for Supreme Court Justice Stephen Breyer, whom she will replace, if confirmed. The Senate Judiciary Committee hearing will be controlled by Illinois Senator Dick Durban. Since the Senate is split 50-50, there are equal numbers of each party on the committees, with Democrats having the “leadership” position because the president and vice-president of the US are Democrats. Durban and Senator Chuck Grassley, the ranking Republican have a long and substantial relationship in the Senate. Grassley, at age 87, has been there for a very long time, as has the 77-year- old Durbin. Biden served in the US Senate for 36 years and these are his pals and contemporaries. Even if the Committee is tied at 11-11, the full Senate could confirm, and if the Democrats can hold their 50-vote coalition together, Vice-President Kamala Harris gets to cast the tie breaker if no Republican votes for Judge Jackson. Last year, in her appointment to the Federal Appeals Court Judge, Jackson received three Republican votes.

Imagine a possible scenario—the nation’s first female vice-president and also an African-American, puts the first African-American woman on the nation’s highest court. Equality here and around the world often seems to come slowly, but it does come eventually.