154,225FansLike
654,155FollowersFollow
0SubscribersSubscribe
Home Columns Too late in the day to say privacy is not constitutionally protected 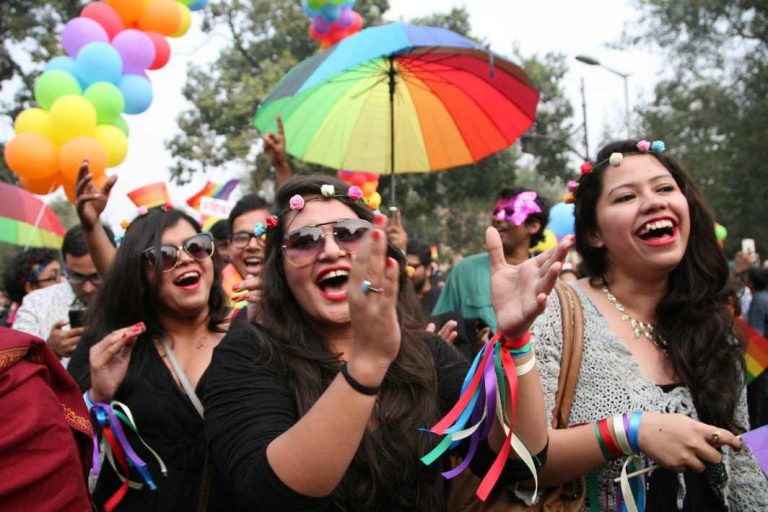 Above: A gay pride parade. An affirmative answer on privacy as a fundamental right will reopen other fundamental issues, such as the right to end one’s life, the right to have same sex relationships and LGBT rights. Photo: Anil Shakya

Debate should be on its (privacy) parameters, its contours; when and how should it be curtailed

The just-concluded arguments in the Aadhaar case before the Supreme Court on the question whether right to privacy should be protected as a fundamental right or not, is important. An affirmative answer will reopen other fundamental issues, such as the right to end one’s life, the right to have same sex relationships and LGBT rights.

Let us take a historical journey.

At the end of the nineteenth century, two young Harvard law graduates—Samuel Warren and Louis Brandeis (later judge of the US Supreme court)—set up their office in Boston. Soon after Samuel’s marriage, he was unhappy with the press coverage of his social life. He urged his partner to collaborate in writing a paper on privacy. Brandeis was unwilling, as it was in conflict with the freedom of the press, but gave in because of his partner’s request.

Warren and Brandeis published a paper titled The Right to Privacy in 4 Harvard Law Review 193 (1890). It turned out to be the most influential law review of all times and added new chapter of law.

In the paper, the two young lawyers argued that ‘the right to life has come to mean the right to enjoy life, the right to be let alone.’ They also took the help of two British cases [Prince Albert vs Strange (1849) 1 Hall & Twells 1 (the Albert case) and Wyatt vs Wilson (1820) 1 Hall & Twells 25 (the Wyatt case)], which are said to be the first to recognise right to privacy in England.

The facts of the Albert case were that Queen Victoria and her husband (Prince Albert) had made 63 sketches of their family life. They made impressions. These details came in the hands of a person called Strange. He tried to publish the catalogue of the sketches and sell it. Prince Albert obtained an injunction restraining him to do so. In the order, the court held that a man “is entitled to be protected in the exclusive use and enjoyment of that which is exclusively his” and by the acts of the defendants “privacy is the right invaded”.

The court also approved the opinion of Lord Eldon (as reported in a manuscript note of the Wyatt case) in respect to an engraving of George III during his illness, where it was said: “If one of the late king’s physicians had kept a diary of what he heard and saw, the court would not, in the king’s lifetime, have permitted him to print and publish it.”

Justice Brandeis took the proposition formulated in the paper further in Olmstead vs US 277 US 438 (1928) (the Olmstead case). The question involved in this case was, whether evidence obtained by prosecution by illegal wire tapping could be used as evidence or not. The court by 5:4 decision held that there was no violation of the fourth and fifth Amendment rights as there was no entry and the evidence could be used. However, Justice Brandies dissented. Later, his dissent became the law.

The dissent of Justice Brandeis is most eloquent and most quoted. He observed that “the right to be let alone—the most comprehensive of rights, and the right most valued by civilized men.”

The US Supreme Court took the right to privacy further in Griswold vs Connecticut 381 US 479 (1965). It involved the constitutionality of a Connecticut law that forbade use of contraceptives or advise as to their use. The court, by majority of 7:2, invalidated the law on the grounds of privacy.

Justice Douglas wrote the opinion of the court and based the right of privacy not on any specific but on the penumbra of Bill of Rights (though not on due process clause of the fourteenth amendment). Justice Golberg (with whom the Chief Justice and Justice Brennan joined) concurred basing right to privacy on additional ground of ‘Due process’ in the fourteenth amendment.

Let’s take a stock of the law in our country.

There is no specific mention of right to privacy in our constitution, but its different facets are within the fundamental rights and it is part of the words ‘life or personal liberty’ in Article 21.

Human rights are defined in the Protection of Human Rights Act 1993 (the Human Rights Act). Apart from others, it includes rights relating to life and liberty, embodied in the International Covenant on Civil and Political Rights that are enforceable in court.

Privacy relates to life and liberty. It is embodied in International Covenant on Civil and Political Rights under Article 17. It is enforceable in court—at least under the common law. It is a human right and it is unthinkable that the human rights are not covered by Article 21.

India is a party and has ratified the following four International conventions/ treaties:

(i)  Universal Declaration of Human Rights;

(iii) United Nations Convention on the Rights of the Child;

(iv) United Nations Convention on the Rights of Persons with Disabilities.

The conventions and the treaties are not binding unless they are adopted by the legislation and in case of contradiction the law of the land prevails. However, in the light of Article 51, the Supreme Court has taken a consistent view that their help can be taken while interpreting the Constitution or any statute or for removing any ambiguity; they are the guiding principles. This is also the accepted proposition in other countries.

In case Article 21 is interpreted in the light of conventions/treaties then privacy is part of the words ‘life or personal liberty’. It is constitutionally protected.

In its initial years, the Supreme Court made some casual observations in two cases that right to privacy is neither a specifically mentioned fundamental right nor is it necessary to import it in Article 21. But for the last more than 40 years, in about dozen cases, it has consistently maintained that privacy is part of Article 21.

It is too late in the day to say that privacy is not constitutionally protected, but the debate should be on its parameters, its contours; when and how should it be curtailed.

Protection and control over personal data falls within the scope of privacy. Its collection and use is interference with privacy. This can only be done for overriding public interest and by a procedure that is fair and reasonable.

In England, the Lindop Committee was constituted to consider data protection. It opined that adoption of Universal Personal Identifier or its equivalent (in our context Unique Identifier or UID or Aadhaar number) would ‘present a considerable threat to the privacy and perhaps the freedom, of private citizens and recommended that its “introduction in Britain be resisted”.

Legislation in certain countries (e.g. Portugal) specifically proscribes its use. While in others (e.g. Austria) legislation prohibits the synthesis of personal data except in narrowly restricted circumstances.

Aadhaar number has promise for immense benefits but without adequate safeguards for data protection or right to control personal data its compulsory linkage and necessity for availing services can neither be fair nor reasonable. In the absence of any such protection, it may not be surprising to find one’s fingerprints on the scene of the next bank robbery, without being there.

—The writer was the Chief Justice
of Chhattisgarh High Court