The centre’s announcement of reforms in criminal laws should not be at the cost of losing the cardinal principles of these laws. The principle of “Sabka Sath Sabka Vikas” should be adhered to. 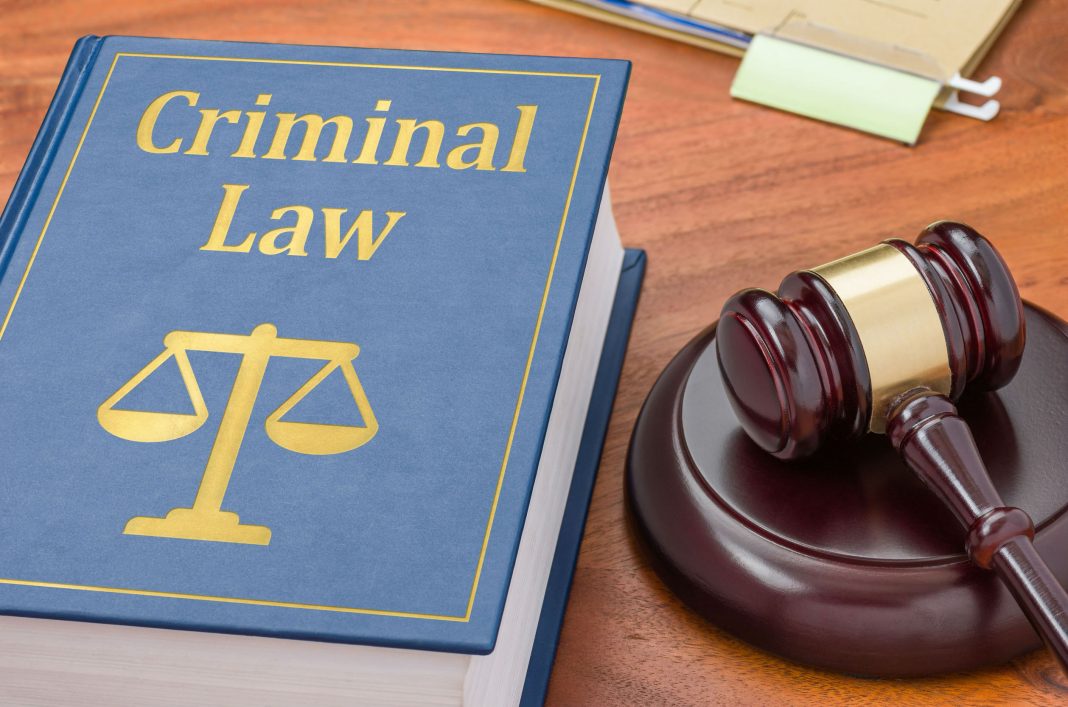 Laws are made by man to protect society and the individual. Founded with the idea of creating order and keeping society safe, laws have turned into comprehensive machinery so complex that they exceed the understanding of a commoner. This has given space for the resourceful to exploit it, leading not only to the delay in justice but also its denial, frustrating the very objective of establishing the order.

As humanity continues down the path of time, society will undoubtedly change. This necessitates the need for the law to adapt to the ever-evolving conscience and morality of society. Given its historical background and diverse strata, India has a demanding task of modifying its laws to make them more accessible.

At a recent event, Home Minister Amit Shah said that they have initiated a committee for reform of criminal laws in India and the agenda is to make them “people-centric”. This is a welcome move, but at the same instant, a huge responsibility lies with parliamentarians and us “the citizens” to tread the path with real vision. A half-hearted attempt would turn the clock back and slow the evolution of criminal jurisprudence in India.

There is no doubt that a considerable time has passed since the major criminal laws of the country—Indian Penal Code of 1860, Indian Evidence Act of 1872 and the Criminal Procedure Code of 1973—were enacted. Their status now requires review. In the 21st century, human minds are more complex than Macaulay’s code could possibly anticipate and account for. Thus, it seems imperative to overhaul these laws in the light of our evolving morality and social constructs.

Although a revision is a positive step in the right direction, it should not be at the cost of losing the foundation and ethos of the cardinal principles of criminal law. The principles of natural justice, like the presumption of innocence and audi alteram partem (listen to the other side), have been so long a part of the system that violating these principles is no different than denying justice. Now, with the review of the criminal justice system being set in motion, it is necessary that we remind ourselves of our commitment to these fundamental principles and tread the path with utmost care.

In India and other developed countries, the criminal justice system is reform-oriented. It focuses not only on punishing criminals so that justice is served to the victim and the safety of society is thereby ensured, but also attempts to reform them to law-abiding citizens.

This aspect of reformation should be incorporated into the reform policy so that convicts who languish in jail can be rehabilitated into responsible individuals. The duty of a progressive society is to make all human beings useful, responsible and good for society, regardless of their flaws. We should hate sins, but not sinners. Therefore, Indian law calls for capital punishment only in the rarest of rare cases. Rather than retribution, let reforms be reformative.

The modern era has seen the emergence of women-centric legislation, which is an indication of progress in a society where girls are sometimes victims of barbaric incidents like the Nirbhaya one in Delhi in 2012. In a predominantly patriarchal society, women are sometimes subjected to sexual violence, dowry deaths, witchcraft-related murders, rape, human trafficking, forced marriage, acid attacks and others abuses. This is why women-centric legislation with severe punishment is necessary.

The Constitution provides every woman with equal rights and protection against discrimination through such laws. It has been made possible by the criminal law amendment act of 2018 which says that anti-rape laws will be stricter by increasing the severity of the punishment. It also provides for speedy trials and investigations. With these amendments and legislation in place, let us hope that women will be treated with respect, as friends, peers, and fellow citizens with the same rights and integrity. Let their integrity never be questioned nor touched by any type of authoritarian rule or attitude. Such women-centric policies shall continue to govern the order of the day.

The agenda to speed up the justice delivery system should not be at the cost of overlooking evidence and bending the principles of natural justice.

In this day and age, where public access to digital sources of media has increased, the influence that media has on public sentiment is immense. Media trials drive public opinion and even manipulate it at times, and courts are under great pressure, which reduces their chances of taking an objective view of the case.

The Indian Evidence Act, 1872, was amended in 1983, when Section 114A was inserted with the title “Presumption as to the absence of consent in certain prosecutions for rape”. This Section places the burden of proof on the person who has been accused of committing a rape and presumes the existence of guilt. Such wording or additions to such sections are aimed at addressing the threats that exceptionally serious crimes pose to society.

Since it has become a means of seeking revenge and venting personal animosity on a number of counts, presumptions of guilt or the burden of reverse proof should be formulated very carefully by the legislative bodies and construed/applied by the courts with the utmost care. In a justice system, the goal is to protect the innocent from criminals, not punish the innocent for the crimes of another criminal.

In cases punishable by harsh punishment under the Indian Penal Code, the POCSO Act, or any other law, the prosecution must present the best evidence to prove the charges. All developed countries recognise the presumption of innocence as a human right that cannot be altered in the normal course of court procedures to violate constitutional rights. Even when it is a serious crime, such a presumption should be even more cautiously exercised when the punishment attracts severe penalties. The life and liberty of another human being are also at stake and his dignity and integrity are equally protected by all constitutional standards.

An accused can come out innocent after a trial. If such theories of reverse burden are applied during the investigation and trial of all serious offences, regardless of their nature, they will invite only legal calamities in the name of the rule of law rather than the intended purpose and offend the principle of reasonableness.

It should be noted that, in a criminal trial, the prosecution has the legal burden of proving everything essential to establish the charge against the accused, despite the fact that, in some instances, the evidentiary burden may fall upon the accused. In each such serious case, it depends on the circumstances how much and what kind of proof is required to displace the principle of  “innocence”. Nonetheless, the prosecution should establish the fundamental facts of their case.

There is no doubt that Parliament has the power to set a different standard of proof for certain crimes or certain patterns of crimes based on foundational facts, but this would not impact any of the constitutional or established rights of the accused in such cases. See Harendra Sarkar vs State of Assam, (2008).

In some European countries, presumption of guilt or reverse burden, as understood in common parlance, the entire burden may/should be applied only in exceptional cases when the person is a habitual offender and has been convicted of these serious offences more than once. It follows that the burden of proof falls upon the accused to prove that he did not commit any crime on the basis of the preponderance of probability only when the two conditions above are met. Even then, foundational facts must be proven by the prosecution.

Change is the command of nature and the demand of time. Laws must change, and such change should be in pursuit of constitutional values and saving the ethos of cardinal principles of law that have evolved over centuries. As French judge and philosopher Montesquieu said: “There is no greater tyranny than that which is perpetrated under the shield of the law and in the name of justice.”

India’s legal system can be categorised as an adversarial system, which relies on evidence produced by court officers, whether they be prosecuting agencies or defence counsel. In reality, investigations are carried out with substantial delays and are often compromised when one of the parties is influential in society.

Delay of cases in India has been a problem for a long time. It has also shaken the confidence of the population, despite the strain on the judicial system. A speedy trial is the essence of criminal justice, and a delay in trial constitutes a denial of justice. This issue needs to be addressed through a grievance mechanism to reduce the workload of judicial officers and increase the efficiency of the judiciary. A solution to the pendency of case loads can be easily outlined in an era of technological advancement. During investigation, prosecution, and trial, due process must be followed.

The integrity of an individual shall not be affected by any power or authority without following the due process of law, regardless of the nature of the offence. The accountability of the officers, investigators, and enforcement agencies should be kept under constant check and control throughout the entire investigation. A prosecution must be independent of investigation and have the power to admit or reject evidence before a crime is committed to a court.

Finally, it is announced that criminal laws are being reformed. The aim of every reform should be justice oriented, based on the established values of criminal laws. For example, a person who is innocent should be released immediately and a person who is guilty should be punished as soon as possible. To achieve this goal, an appropriate, reasonable and unbiased legal framework must be in place in accordance with the principle of “Sabka Sath Sabka Vikas”.

“We the people of India,” as rightly said at the outset of the Constitution, “establish a new order of criminal laws, which is reformative and people-centric to protect the innocent citizens.”

—With assistance from Shreyansh Bohra. Jodhpur