The Court has tried to reduce marginalisation of homosexuals and women in the armed forces through recent judgments. This goes to prove that even if justice is delayed, it is better than no justice at all. 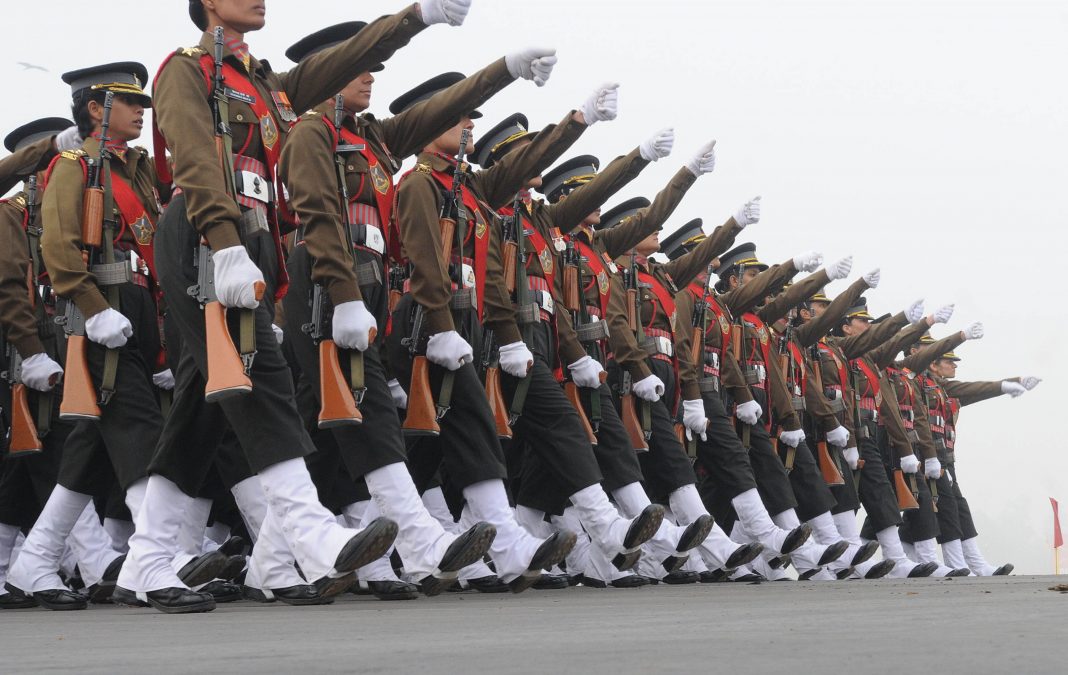 While the issue of minority rights has been recognised under the Constitution, it is the categorisation that may require some rethinking. Similar sentiments were echoed by Justice DY Chandrachud during the 13th BR Ambedkar Memorial Lecture, 2021, on “Conceptualising Marginalisation: Agency, Assertion & Personhood”.

These views were expressed in connection to those belonging to a particular gender or identifying with a specific sexual orientation, i.e., specific cases with respect to women in Permanent Commission in the armed forces and the unconstitutionality of Section 377.

There is a need to specifically analyse how the outcome of these cases came into being and what could be expected with the right to equality of these groups as per the constitutional provision laid down in Article 14.

Starting with the landmark judgement of the Supreme Court—The Secretary, Ministry of Defence vs Babita Puniya & Ors.—that provides equal opportunity to women in the army and equal treatment with men counterparts engaged in Short Service Commissions (SSC) in seeking parity to obtain Permanent Commission.

This judgement has been hailed as a victory for women officers in their fight against gender discrimination as well as an enforcement of their right to equality of opportunity and equal access to appointment and engagement in the Indian army, as recognised under Article 16. While delivering this judgment, the division bench comprising Justice DY Chandrachud and Justice Ajay Rastogi emphatically stated that

“the time has come for a realization that women officers in the Army are not adjuncts to a male dominated establishment whose presence must be ‘tolerated’ within narrow confines”.

The issue of women in the army includes matters pertaining to appointments, posts, service categories, cadres, remuneration and criteria for grant of Permanent Commission to SSC officers. In the past, women had no pension benefits, no ex-service personal status, no ex-service personnel contributory health benefits, no provision for re-employment and a meagre encashment of only 90 days leave as compared to 300 days for men.

Generally, these matters invite limited judicial review because they constitute policy decisions and lie exclusively in the domain of executive functions as per Section 12 of the Army Act, 1950, and Article 33 of the Constitution. The latter allows Parliament to determine to what extent any of the rights conferred by Part III of the Constitution, dealing with fundamental rights, is applicable to members of the armed forces.

Section 12 of the Army Act, 1950, states the ineligibility of females for enrolment or employment in the army except as the government may notify. However, from 1993 onwards, women were commissioned as officers in the army and inducted under SSC as officers into various corps such as law, logistics, education, architecture, engineering and executive cadres. These were created for a period of 14 years and were granted the right to Permanent Commission by a notification in 2008 issued by the ministry of defense.

From a comparative perspective, the US is a similar example. Although women have been serving in the military since 1901 there, their role was confined to cooks and nurses during the 18th and 19th centuries. Their defence policy restricted women from serving in combat till 2015 despite their equal participation in both the World Wars and Vietnam, but their role was not for peace times.

This kind of thought process has been challenged by the UN by observing that women peacekeepers broaden the range of skills and capacities among all categories of personnel, enhance the operational effectiveness of all tasks and improve the mission’s image, accessibility and credibility visà-vis the local population. Such an approach may also act as a guide for India in the years ahead to enhance the role of women in the army.

Coming to the unconstitutionality of Section 377, historically this Section and similar laws were drafted at a time when the concept of “sexual orientation” did not exist and was imposed by British India. This was with the aim to civilise the Indian population based on the moral standards of the Victorian era where sexual activities were considered mainly for procreation. It was assumed that any individual who engaged in prohibited sexual activity had on their own accord chosen to deviate from social norms and such predisposition had to be considered as a mental illness. Such an outdated understanding was done away with in Navtej Johar case, which came after a series of other such cases.

The foremost issue seen with Article 377 was its labelling of sexual activity against the “order of nature”. This is vague, arbitrary and violates Article 14 of the Constitution.

The chronology of cases challenging Section 377 started from Naz Foundation’s writ petition in 2001 that stressed the harmful effects of Section 377 on public health, i.e., protection against HIV infection for “men who have sex with men”. The petition sought the doing away of this Section to promote HIV/AIDS prevention. This was not possible because Section 377 violates the dignity of sexual minorities. However, this petition was dismissed by the Delhi High Court because Naz Foundation did not have the standing to challenge the Section. However, this ruling was reversed by the Supreme Court and sent back to the Delhi High Court which then held that consensual sexual acts of adults in private were violative of Articles 21, 14, and 15 of the Constitution.

Also Read: CJI Ramana says media seems to have given up on investigative journalism

This decision was challenged in Suresh Kumar Koushal & Anr vs Naz Foundation & Ors on December 11, 2013, before the Supreme Court. In contrast to the Delhi High Court, the Supreme Court held that Section 377 “does not suffer from unconstitutionality” and that the declaration made by the Delhi High Court was legally unacceptable. It went on to hold that Section 377 does not criminalise particular people or identity or orientation; what it does is merely to identify certain acts which if committed would constitute an offence and that does not deny “equality before the law” or “equal protection of the laws” or discriminate on the ground of sex under Articles 14 and 15 respectively.

Finally, in 2018, in the Navtej Singh Johar case, Supreme Court unanimously ruled that Section 377 was unconstitutional as far as it penalised any consensual sexual activity between two adults, be it homosexuals, heterosexuals or lesbians. The Supreme Court categorically ruled that even though the number of persons belonging to the LGBT community was low, courts must step in whenever there is a violation of their fundamental rights, even if the right of a single individual is at stake.

These cases show that justice delayed is not always justice denied. In some cases, it is better than no justice at all.